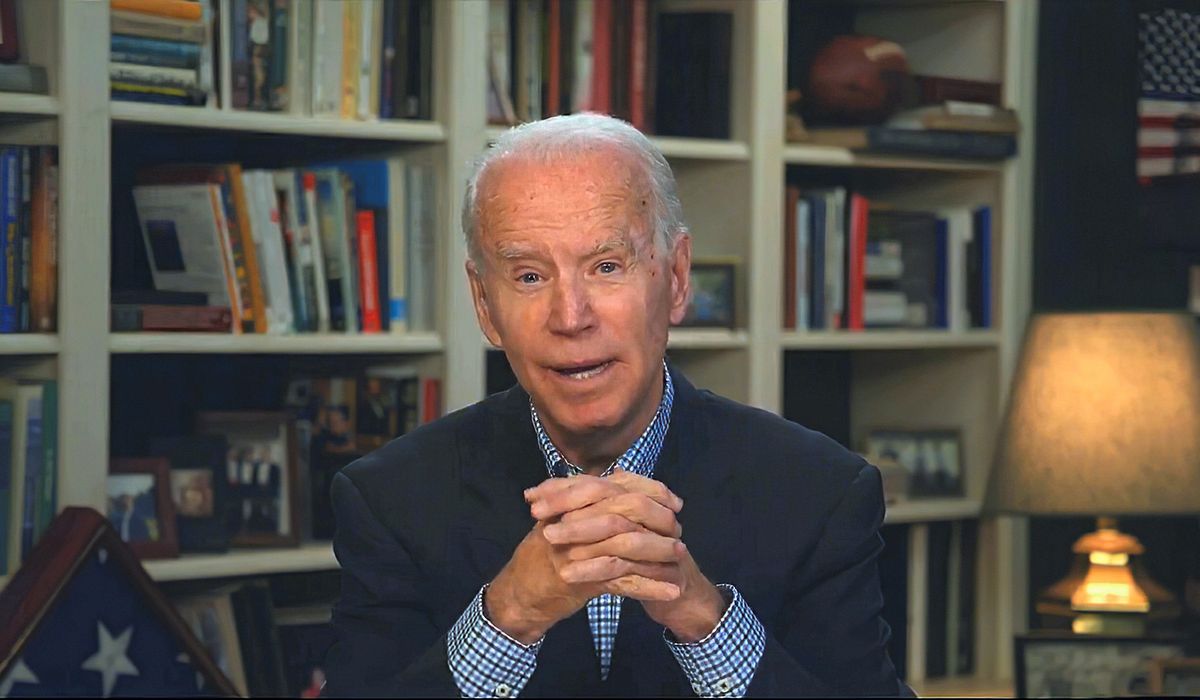 Joseph R. Biden’s basement-dwelling strategy appears to be a winning move in the presidential race.

The Democrats’ likely nominee has kept largely out of the public eye over the past three months because of the coronavirus crisis, yet his standing against President Trump has soared.

It’s not that voters are enthusiastic about Mr. Biden, but they have become increasingly tired of Mr. Trump. A New York Times poll last week showed that 50% said they had a “very unfavorable” view of the president.

That was double the rate for Mr. Biden, and it means a number of voters who may have lukewarm feelings about the former vice president will nonetheless cast a ballot for him in November.

It’s not just polling that suggests the Democratic strategy is working. Mr. Biden has started to eat away at the massive cash advantage that Mr. Trump carried into the year.

“That’s the first time Biden outraised Trump in a single month this year,” the Center for Responsive Politics said in a recent analysis.

With Mr. Biden running a low-travel, no-rally strategy, he spent far less — about $11 million. Mr. Trump, meanwhile, blew through almost all of his $25 million haul.

Republican operatives insist Mr. Trump is regaining his footing and will be able to turn the race from a referendum on himself to a choice between him and Mr. Biden.

“So I think what you are going to see is the presidential race get much closer, and I think once voters are faced with a choice between two candidates, it is going to be neck and neck all the way through to November,” said Dee Stewart, a North Carolina-based Republican Party consultant.

Mr. Trump seems to be daring Mr. Biden into the arena.

He has sharpened his attacks against the Democrat at rallies and in interviews. He says “Sleepy Joe” is getting a pass from the media, casts him as a “helpless puppet of the radical left” and questions his mental fitness for the job.

Mr. Biden has sprinkled in events in controlled settings but for the most part has been issuing press releases and holding virtual fundraisers from his Delaware home. He is eager to allow surrogates, including former President Barack Obama, to make the case for him.

“Joe Biden’s strength is that he is a comparably innocuous receptacle for anti-Trump votes,” said Larry Jacobs, director of the Center for the Study of Politics and Governance at the University of Minnesota. “If you are someone who is irritated or angered by Donald Trump, you are looking for a place to park your votes, and Biden is kind of a reliable receptacle for the anti-Trump voters.”

That, Mr. Jacobs said, means Mr. Biden doesn’t have to do much other than stay out of the way as Mr. Trump grabs headlines.

Jesse Ferguson, a Democratic strategist, said the more voters hear from Mr. Trump, the less they like him, and that has to help Mr. Biden.

Four years ago, Mr. Trump was the one benefiting from voter anger.

“Hillary Clinton was such a polarizing figure — even for Democrats,” Mr. Bucholz said.

Mr. Bucholz figures Mr. Trump and Mr. Biden each has about 30% of the electorate solidly behind them, leaving the race to turn on less-partisan voters. Those folks, he said, are gravitating to the Democrat.

“I think the majority of that group has had enough of Trump’s antics, of his falsehoods, and are ready for new leadership,” Mr. Bucholz said. “People are looking at Biden as some real relief from what they’ve experienced the last four years.”

Mr. Stewart said Mr. Biden may be more likable than Mrs. Clinton but is torn by the struggle within the Democratic Party.

“I think that Vice President Biden’s issue positions and policy history is out of step with today’s Democratic base, and he will have a difficult time balancing the need to satisfy his Democratic base without going too far to the left for the mainstream electorate,” he said.

Mr. Ferguson doubted it will matter. He said the election this year is all about voters knowing what they have in Mr. Trump.

“Four years ago, people would speculate that he won’t be as bad as some people say or he will be constrained by his advisers, and the reality has been far worse than many expected,” he said. “People are excited about a bull in a china shop until he breaks all the china.”