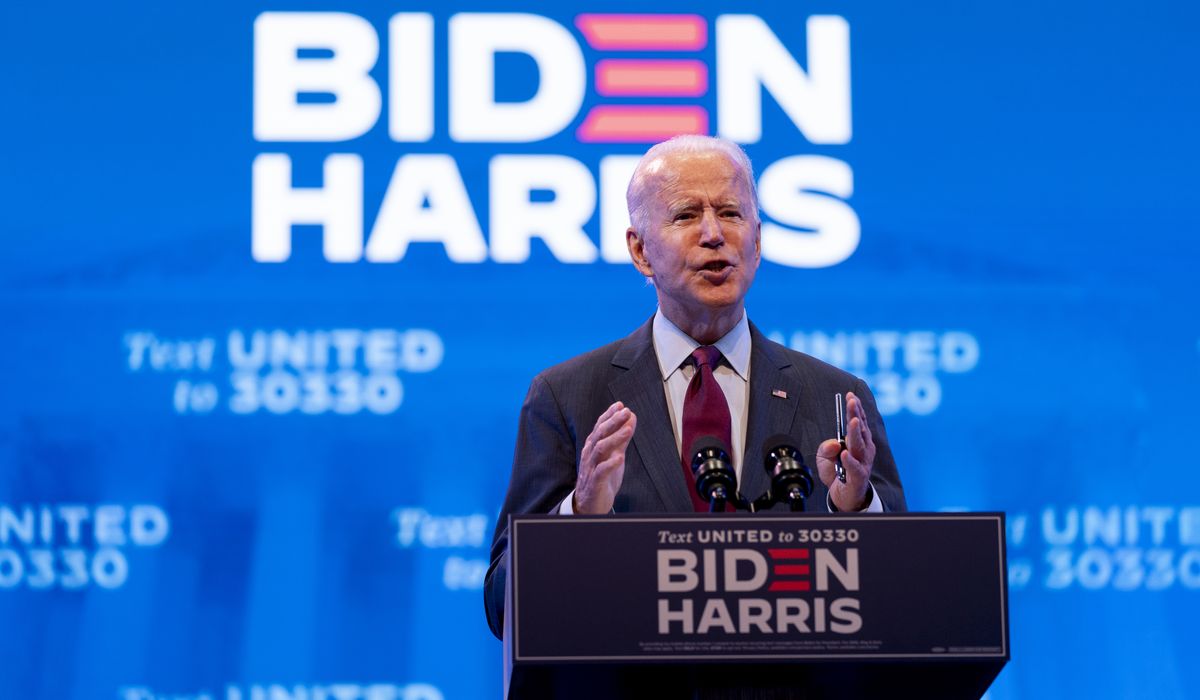 Democratic presidential nominee Joseph R. Biden is going on offense ahead of the first presidential debate to expand the electoral map, extending his paid media presence and deploying top surrogates in red states such as Iowa, Nebraska and Georgia.

Mr. Biden and President Trump are looking for alternate paths to the 270 Electoral College votes needed to win the presidency, beyond the six core battlegrounds of Michigan, Pennsylvania, Wisconsin, Florida, North Carolina and Arizona.

“I think Biden is hoping for a Hail Mary in states where demographic changes might give a Democrat a slim edge,” said Steffen W. Schmidt, a political science professor at Iowa State University.

Jill Biden and Doug Emhoff, the spouses of Mr. Biden and Democratic vice presidential candidate Kamala D. Harris, teamed up to swing through Iowa and Nebraska over the weekend.

A growing Hispanic population “could really give us the edge we need in states like Georgia and Iowa,” Mrs. Biden said at a recent fundraiser.

Just across the state line, Mr. Biden is fighting to win Nebraska’s 2nd Congressional District, which Mr. Trump carried by about 2 percentage points in 2016.

Mr. Biden had a 7-point lead — 48% to 41% — over Mr. Trump in the district, according to a New York Times/Siena College polling released Monday.

Nebraska and Maine divvy up their electoral college votes by congressional district, and notching at least one vote in either state could mean the difference between securing the 270 electoral votes needed to capture the presidency and a 269-269 tie, which would throw the presidential election to the House.

Mr. Biden’s team recently rolled out new ad campaigns in Iowa and Georgia and has announced significant buys in 13 states, 10 of which Mr. Trump carried in 2016.

The other three are Minnesota, Nevada, and New Hampshire, which Democratic presidential nominee Hillary Clinton carried narrowly in 2016.

Georgia is also home to two competitive Senate elections, making it difficult to ignore even if Mr. Biden faces an uphill climb to pull out a victory there.

“When you’re campaigning, you have to spend your money,” Mr. Thompson said. “We expected the Biden campaign or some of these nonprofits to put money in [and] spend money in Georgia.”

Mr. Biden can expand his footprint in those “reach” states thanks to a $466 million-to-$325 million cash-on-hand edge over Mr. Trump to start September. Those totals reflect dollars from the candidates’ campaigns, associated committees and party money.

The Democrats currently have “mucho dinero” to play with, as Mr. Schmidt put it.

“Fishing in [those] waters may be a smart investment,” he said.

Mr. Biden is also able to expand his targets because he is receiving outside air support from deep-pocketed Democrats in the core states.

Michael R. Bloomberg, the former New York mayor and presidential candidate, has vowed to spend at least $100 million on efforts to push Mr. Biden across the finish line in Florida.

Priorities USA, a leading outside super PAC, recently announced it was bolstering its advertising in Pennsylvania by more than $7 million, including TV ad spending in Philadelphia, Pittsburgh and Wilkes-Barre.

“Pennsylvania is the tipping point state in this election and Priorities is going to do everything we can there to help elect Joe Biden and Kamala Harris,” said Guy Cecil, chairman of the group.

Recent polling has shown a tightening race in Pennsylvania, a linchpin state that Mr. Trump carried in 2016 by about 44,000 votes.

Mr. Biden can still cobble together exactly 270 electoral college votes even if he loses Pennsylvania by holding all the states Mrs. Clinton carried in 2016 and winning back Michigan, Wisconsin, Arizona and the 2nd district in either Nebraska or Maine.