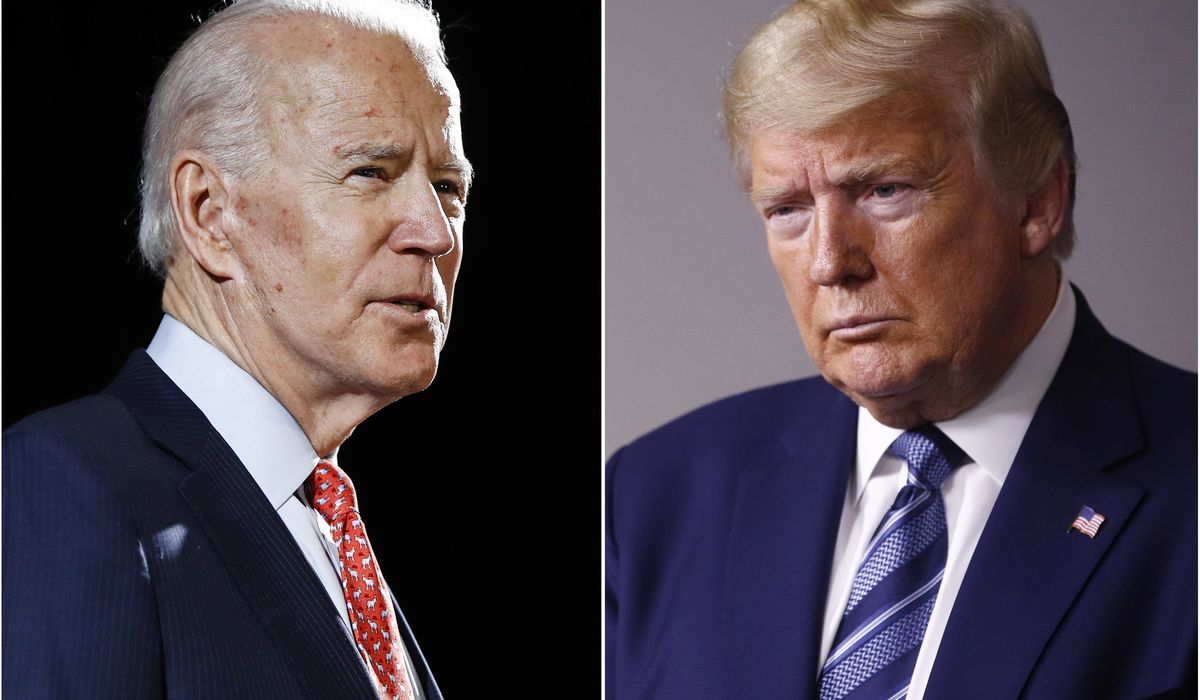 MOUNT PLEASANT, Mich. — Joseph R. Biden is expected to walk into a buzzsaw Tuesday when he climbs onto the stage for the first time to debate President Trump, and the way the Democratic presidential nominee responds could shape the contours of the race for the closing weeks of the campaign.

The megahyped 90-minute event, hosted by the Cleveland Clinic and Case Western University, will be a sink-or-swim moment for the gaffe-prone former vice president, who is leading in most polls less than 40 days from Election Day.

“He is going to have to prove to all kinds of normal, nonpartisan, average voters that he is physically capable of doing the job and able to process the information on the fly,” said Rob Steele, a member of the Republican National Committee in Michigan, a crucial battleground state. “Certainly as a physician, I hope they will be looking closely because there are a lot of red flags.”

Mr. Steele said, “I would like him to release his CT of the brain.”

Mr. Biden has momentum in the race. Polls show him leading Mr. Trump nationally and in key swing states where voters trust the president more on the economy but question his handling of the COVID-19 pandemic.

At the start of this year, with a strong economy, Mr. Trump suggested that he might not take part in debates at all.

But after the COVID-19 pandemic hit in March, forcing 22 million people out of work and causing the deaths of more than 200,000 Americans, the president lobbied in vain for more than three debates.

The quest for more debates underscores how Mr. Trump, a reality TV star and master showman, thinks he has the edge on stage.

Indeed, the Biden team is on guard.

The ghosts of Mr. Trump’s surprise victory in 2016 and lingering concerns over Mr. Biden’s fitness for the job elevate the sense that the 77-year-old’s presidential aspirations could evaporate overnight if he drops a stink bomb on the debate stage.

Mr. Trump signaled that he will take the fight to Mr. Biden. His first debate with Hillary Clinton in 2016 set a record with a viewership of 84 million, and Mr. Trump received far more mentions on social media than his Democratic opponent did afterward.

“Either one of them is about five times smarter than Sleepy Joe,” the president said.

White House press secretary Kayleigh McEnany also has been attending the debate preparation sessions, but the president said he hasn’t devoted much time to rehearsals.

“I’m running a country. I don’t have the luxury,” Mr. Trump told reporters. He said he thinks some candidates make the mistake of overpreparing for debates. “Sometimes you can go too much in that stuff.”

Questioning Mr. Biden’s mental agility has become one of the president’s favorite gibes. Mr. Trump has called for drug tests to be administered before the debate after speculating that Mr. Biden took a performance-enhancing drug before a debate against Sen. Bernard Sanders during the Democratic primaries, though there is no evidence supporting that theory.

“Whether he is or not, it doesn’t matter, but I would love to take a test and he can take a test, too,” the president said.

Biden deputy campaign manager Kate Bedingfield fired back. “If the president thinks his best case is made in urine, he can have at it.

“We’d expect nothing less from Donald Trump, who pissed away the chance to protect the lives of 200K Americans when he didn’t make a plan to stop COVID-19.”

Mr. Trump took that to be a drug test refusal.

“Joe Biden just announced that he will not agree to a Drug Test. Gee, I wonder why?” he tweeted.

Mr. Biden, meanwhile, has urged voters not to be distracted by Mr. Trump’s shenanigans and been holed up in Delaware with advisers and close aides preparing for the face-off.

When the two candidates meet at 9 p.m. EST, they won’t shake hands — a nicety omitted under coronavirus restrictions. The final two debates will take place on Oct. 15 and Oct. 22.

In the run-up to the debate, Mr. Biden is projecting confidence in his ability to go toe to toe with Mr. Trump.

His campaign sees the debate as a chance to highlight Mr. Trump’s bungled response to COVID-19 and warn that the headstrong Republican has tarnished the nation’s reputation.

He will accuse Mr. Trump of trying to strip away health care coverage from millions of Americans, including those with pre-existing conditions, by backing efforts to dismantle Obamacare.

“The people know the president is a liar,” Mr. Biden said in a recent MSNBC interview. “He doesn’t know how to debate the facts because he’s not that smart.”

Mr. Biden has a 7-point lead in the Real Clear Politics average of national polls and is running ahead of the president in key battleground states — Michigan, Pennsylvania and Wisconsin — that backed Mr. Trump over Mrs. Clinton after supporting Democrats for decades.

Mr. Biden has been under the bright lights before. His performances in vice presidential debates against Sarah Palin in 2008 and Paul D. Ryan in 2012 were well-received.

Eight years later, Mr. Biden’s low-key and meandering campaign has provided a stark contrast with Mr. Trump’s hard-charging approach. It has given rise to “Weekend at Bernie’s” quips, armchair medical diagnoses and the president’s “Sleepy Joe” and “Joe Hidin” broadsides.

The unconventional nature of his bid has fueled questions about whether Mr. Biden has lost his fastball and has fed into deep-seated fears among Democrats that the party is headed toward a repeat of four years ago.

Nate Keifer, 49, hopes he is wrong, but he said the race “is feeling eerily similar to when Hillary lost” in 2016.

“The polls are all saying Biden, but listen, I live in northern Michigan. I live in a very right-wing rural area, and those people are voting. Every single one of them,” Mr. Keifer said. “I think again they are underestimating the middle of America.”

With a shrug of his shoulders and a look of disappointment, he said Mr. Biden is “lame.”

Mr. Trump’s supporters say Mr. Biden is going to be exposed on the debate stage.

“The Democratic Party has picked someone who is clearly not fit to be in any type of office,” said Bill Baxter, a 47-year-old mechanic. “I think Trump is going to attack the hell out of Biden.”

His wife, Laureen, who works at a bank, said Mr. Biden is “obviously” showing symptoms of early onset dementia, and she predicted the Democrat will struggle to keep up without a teleprompter.

“If he gets attacked and gets agitated, that is when he is going to go off and somebody is going to be [called] a lying dog-faced pony soldier,” she said.