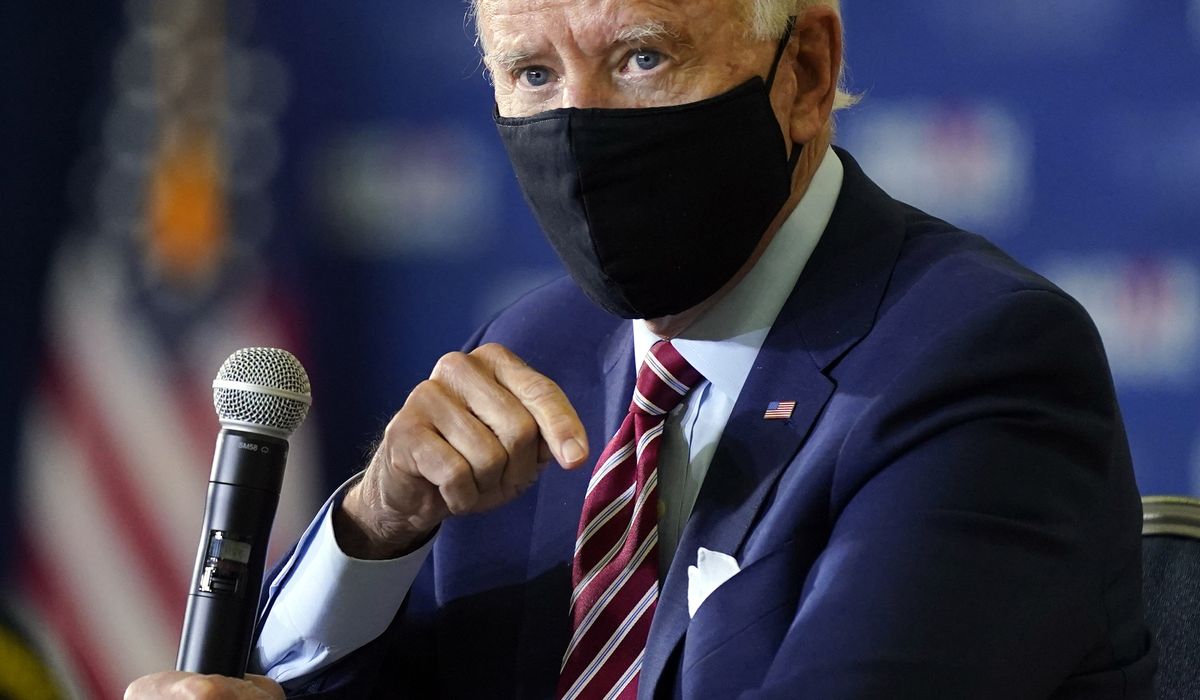 College Democrats would usually be fanning out on campuses at this point in the election season, signing up fellow students to turn out votes for their presidential nominee, Joseph R. Biden.

The coronavirus pandemic has put the kibosh on most of that — and Biden backers fear their candidate could lose much of the campus-based youth support Democrats have come to count on in years past.

Owen Voutsinas-Klose, president of the College Democrats at the University of Pennsylvania, figures his organization will miss out on registering upwards of 3,000 voters after the school went all-virtual for the fall semester.

“First-year freshmen were going to move into the dorms and register to vote in Pennsylvania,” Mr. Owen Voutsinas-Klose said. “That is going to be about, at max, 2,000 people. Not to mention all the upperclassmen. That is a couple of thousand of people at [the University of Pennsylvania] alone that will not be voting in the swing state of Pennsylvania.”

While some may still be registered and plan to vote at their homes, it changes the calculations about where they’ll be.

Mr. Voutsinas-Klose said he figures Mr. Biden will still win the state, which Mr. Trump claimed by just 44,000 votes in 2016, but the loss of those college-aged voters will be felt.

“That is definitely a direct electoral impact,” he said. “In a really, really, close race that might make the difference for sure.”

The University of Michigan is offering students a hybrid of in-person and online learning, while the University of Wisconsin-Madison had to pause in-person studies after reopening and experiencing a surge of COVID-19 positive tests.

The school also moved more than a third of students who live in dorms into quarantine, according to the Wisconsin State Journal.

The changes reduce the odds that students from deep blue or deep red states will have the opportunity to register to vote in key battlegrounds — as would be the case in a more typical election year.

“The closing of colleges and universities puts a damper on the successful 2018 efforts by Democrats to register young voters on campus as they were walking to class,” said Lawrence R. Jacobs, director of the Center for the Study of Politics and Governance at the University of Minnesota. “Joe Biden is likely to see a dip in young voter registration and turnout.”

That could prove problematic for Mr. Biden. He is hoping to recreate the coalition of racial and ethnic minority voters and young people that helped power President Obama to victories in 2008 and 2012.

Mr. Biden was on both tickets as the vice presidential nominee.

The Chronicle of Education, in a post-2016 analysis, found that in counties that are home to public flagship universities, only nine favored Donald J. Trump over Hillary Clinton.

Ms. Clinton outperformed Mr. Trump in those counties by 18%, and her advantage grew to more than 40% in counties that are home to the flagship universities in Michigan and Wisconsin. Even with the college-town boost, she fell short in both states.

The Trump campaign declined to speculate on coronavirus’s impact on college voters.

The Biden camp didn’t respond to an inquiry.

Allyson Fergot, press secretary for the College Democrats at the University of Wisconsin-Madison, said the coronavirus has made it impossible for person-to-person interactions.

“Typically, even in non-election years, we would have booths set up to get incoming freshmen to vote and students that are not registered to vote. We would have that at least once a month.”

Her group also suspended canvassing to gin up support for Democrats, fearing those contacts could expose more people to the virus.

Barry Burden, professor of politics at the University of Madison-Wisconsin, said college political organizations have had to innovate.

“Student groups are turning sharply toward digital activism, using texting and social media to connect with young people who are extremely comfortable on those platforms,” he said.

Zoom calls have become a way to connect political leaders and activists, and to harness the fervor among young people to replace Mr. Trump.

College Democrats say they have seen a surge in volunteers, allowing them to staff phone and text banking operations.

“It is just getting people more excited,” said Ms. Fergot. “They want to step up to the challenge.”