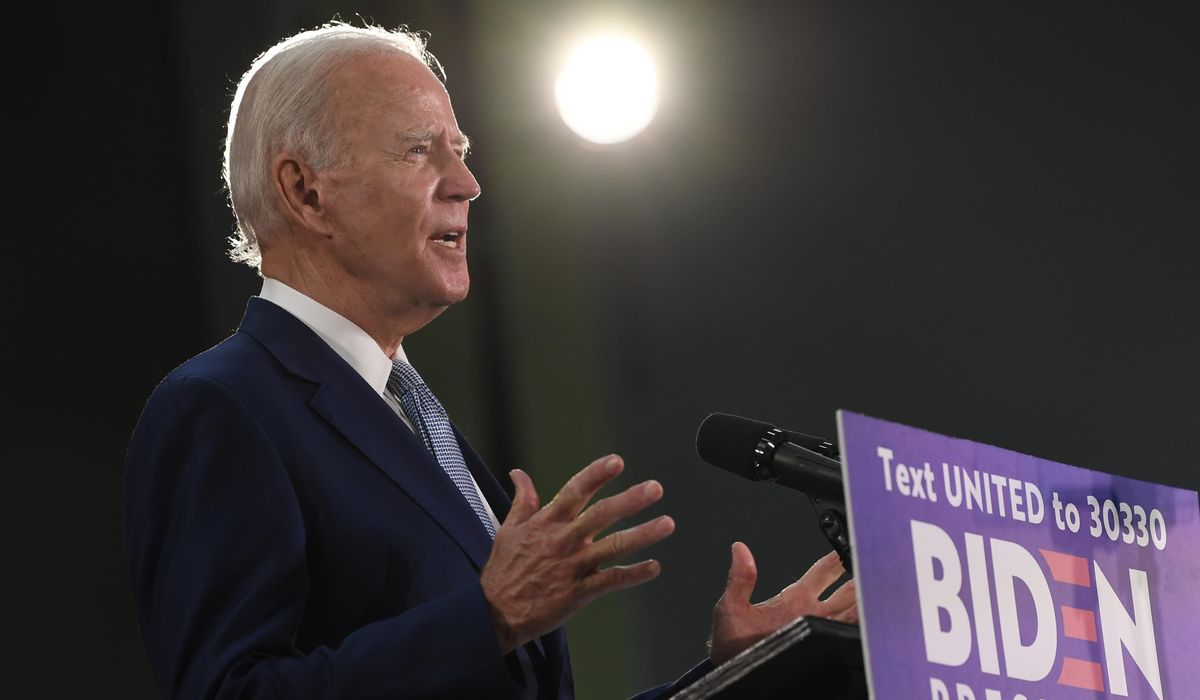 Presumptive Democratic presidential nominee Joseph R. Biden broke his silence Monday on the growing calls to “defund” police, saying he doesn’t support the push but understands the emotions that are fueling the demand.

“As his criminal justice proposal made clear months ago, Vice President Biden does not believe that police should be defunded,” Biden spokesman Andrew Bates said in a statement to Bloomberg News. “He hears and shares the deep grief and frustration of those calling out for change, and is driven to ensure that justice is done and that we put a stop to this terrible pain.”

The former vice president said he would make sure police departments have the resources needed to strengthen community policing, diversity departments and increase body-worn cameras.

“Biden supports the urgent need for reform — including funding for public schools, summer programs, and mental health and substance abuse treatment separate from funding for police — so that officers can focus on the job of policing,” Mr. Bates said.

Mr. Biden had previously been mum as the “defund” push that has caught fire, leading activists to publicly shame elected leaders who refused to jump on the bandwagon.

Republicans, meanwhile, pressured Mr. Biden to pick a side.

They shined a spotlight on vows from the mayors of New York City and Los Angeles to slash their police budgets and the Minneapolis City Council pledge to dismantle its police department.

“Joe Biden is trying to play both ends of this and then hide out in his bunker and not directly address it, while yet trying to quietly embrace the defund movement,” House Minority Whip Steve Scalise said Monday morning on “Fox & Friends.”

Mr. Biden on Monday traveled to Houston to offer his condolences to the family of Floyd, marking the first time he has ventured out of the East Coast in months.

Mr. Biden has used the fallout from the Floyd murder to draw a contrast between him and Mr. Trump. He has accused of the president of stoking racial unrest throughout his presidency.

Joe Biden: ‘No, I don’t support defunding the police’