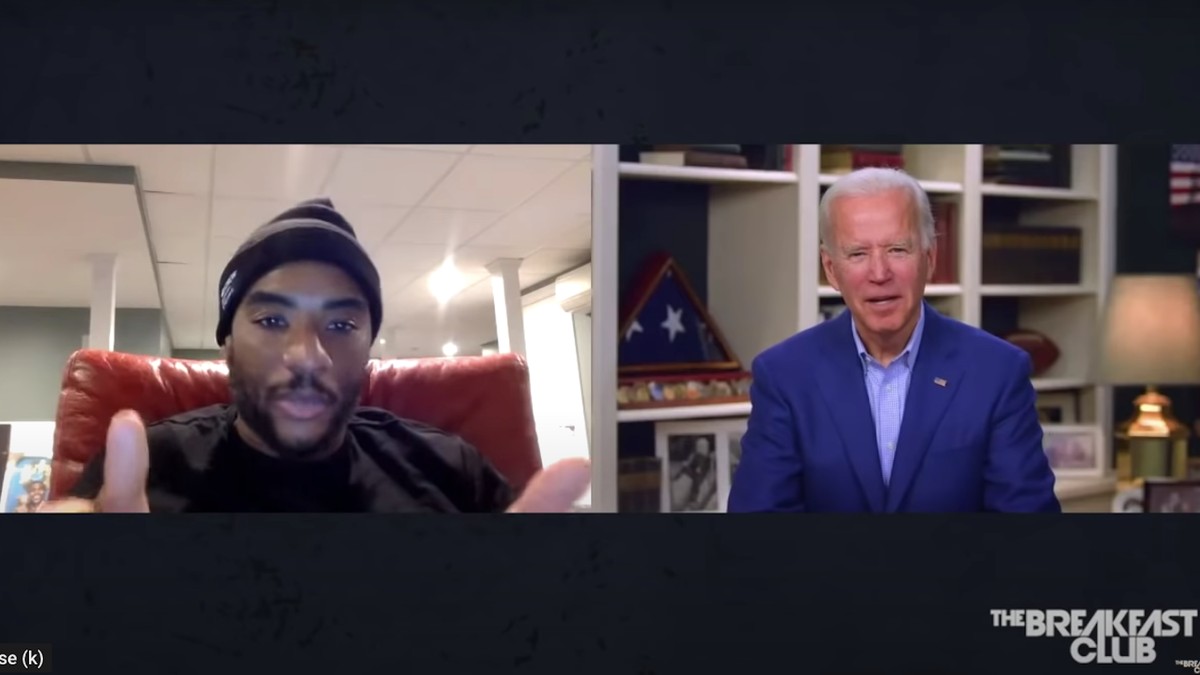 The comments sparked a firestorm of criticism, sent the hashtag #YouAintBlack trending on Twitter, and served as a timely reminder to many observers that Biden has a tendency to jam his foot in his mouth at the least opportunity.

The remarks came at the end of a lively interview Friday morning in which Charlamagne pressed Biden over his record, agenda and running mate, before saying: “Listen, you’ve got to come see us when you come to New York, VP Biden. It’s a long way until November. We’ve got more questions.”

Biden said: “You’ve got more questions, but I tell you, if you’ve got a problem figuring out whether you’re for me or Trump then you ain’t black.”

Charlamagne responded that his skepticism about Biden has “nothing to do with Trump, it has to do with the fact [that] I want something for my community.”

The interview then mercifully drew to a close with Biden cheerfully promising to return on the show again. But the damage was done.

Biden captured the Democratic Presidential nomination with widespread support among black voters, especially in the early-voting state of South Carolina, which revived his once-doomed campaign. But he faced pushback from Charlamagne, who said “a lot of black voters, including myself feel… that Democrats take black voters for granted.”

Charlamagne also challenged Biden to acknowledge that the 1994 crime bill, which Biden helped write, “was damaging to the black community.”

Biden insisted the law “didn’t increase mass incarceration” — a view contradicted by, among others, Former President Bill Clinton, who signed the bill into law. Clinton said in 2015 that the law “made the problem worse.”

BackPage 1 of 2Next →
In this article:Biden, Black