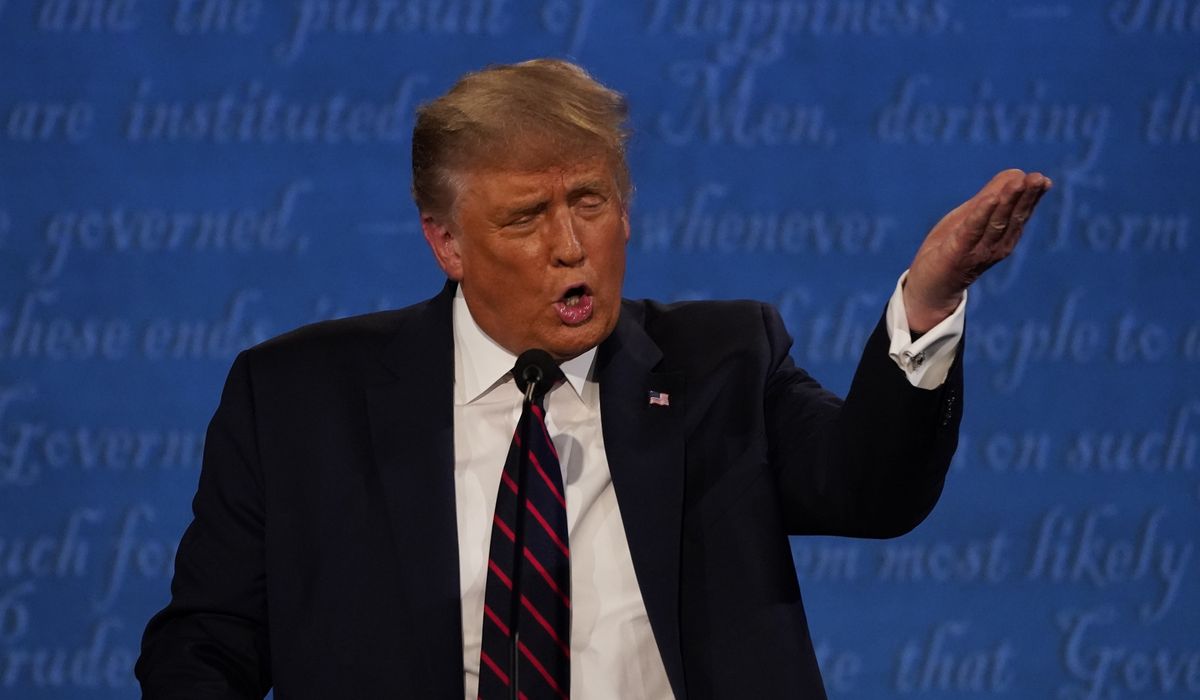 Democratic governors complained Wednesday of voter intimidation and an “assault on American democracy” from President Trump, based on steps he and his campaign are reportedly considering.

The 11 governors promised to count “all votes cast in the upcoming election,” and vowed to resist any effort to call that process into question.

“There is absolutely no excuse for promoting the intimidation or harassment of voters. These are all blatant attempts to deny our constituents the right to have their voices heard, as guaranteed in the U.S. Constitution, and to know the will of the people will be carried out,” said the governors, which spanned from Jay Inslee in Washington to Ralph Northam in Virginia.

They also said if the results show Mr. Trump lost, “he must leave office — period.”

The president has sparked doubts after reusing to commit to a transfer of power after the election.

“We’re going to have to see what happens,” the president told reporters last week, adding that he’d been “complaining very strongly about the ballots, and the ballots are a disaster.”

Several of the governors who signed on to Wednesday’s statement have overseen changes to weaken fraud checks, such as witness signatures or obtaining mail-in ballots, saying they want to ease voting amid the coronavirus pandemic.

Mr. Trump and his team have sued several of the governors over the changes.

The president has also urged people to work as election monitors to try to spot fraud.

And The Atlantic has reported that the Trump team is pondering ways to install their own slate of electors in states where it appears they have lost the vote, but where Republicans control the levers of power.

The Democratic governors complained about that, too.

“We will not allow anyone to willfully corrupt the democratic process by delegitimizing the outcome or appointing fraudulent electors against the will of the voters,” they said.

Ironically, many of the governors, serve in states that do just that.

Washington, Oregon, California, New Jersey, New Mexico and Delaware all belong to the National Popular Vote Interstate Compact, which in theory would commit their delegates to vote for the person who wins the most votes nationwide, regardless of who won their own state.