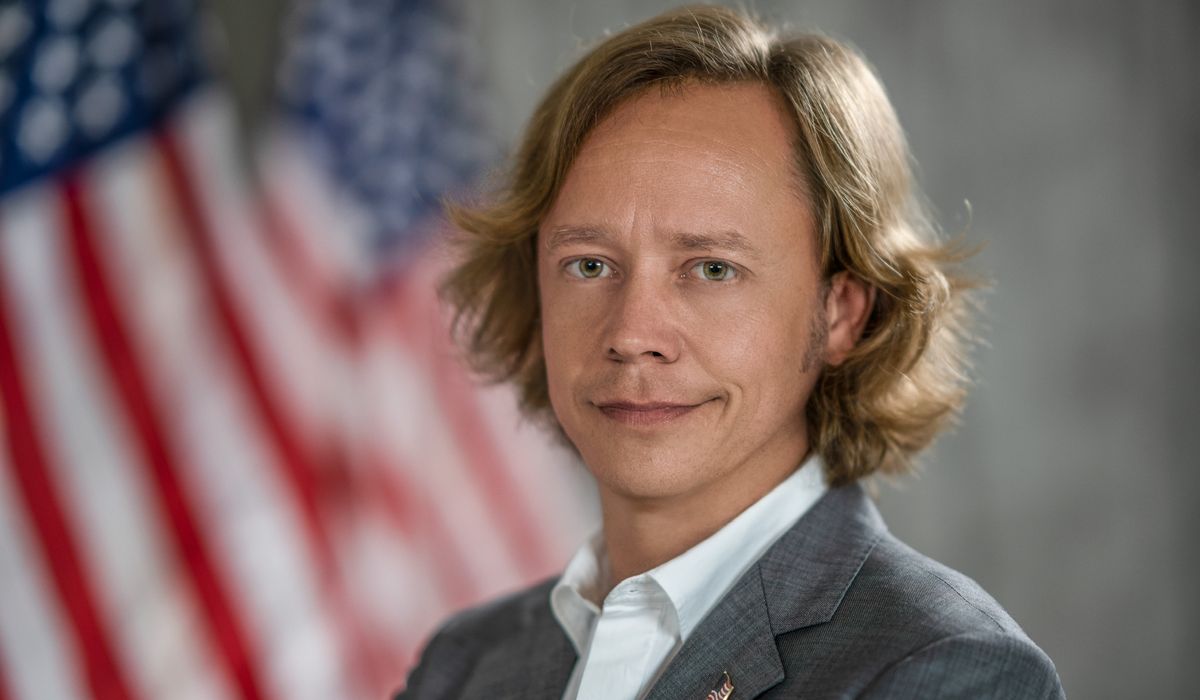 Running as the nominee of a little-known, minor third party, he doubts he’ll get it. But he’s OK with that.

“I’m 39 years old. I’ve got time on my side,” the Independence Party candidate said. “This is partly about laying the groundwork for the future.”

Nevertheless, he insists he does want your vote now and that his seemingly quixotic quest is quite real.

His campaign says he is now on the ballot in 16 states and the District of Columbia. Mr. Pierce has received the endorsement of New York state’s Independence Party, and in his opinion the two-party dominance of American politics is cracking at its foundations and an independent person is needed to spackle the lines and rebuild.

“We need more choice and we need independent candidates,” he told The Washington Times. “I’m working to create a major platform, not a party.”

To accomplish his goal, Mr. Pierce plans on running again in 2024 and, two years from now, fielding 100 candidates at the local, state and federal levels. This vanguard will rest on a platform, not a party, he said.

“The goal will be: How do we create a world where people make more money?” he said. “We need to make sure your basic needs are met and you’re on your own from there.”

In a nutshell, Mr. Pierce says his vision, unlike the two major parties’, is focused strictly on the “pursuit of happiness” portion of the Declaration of Independence.

“The United States doesn’t have a lack of resources problem,” he said. “What it has is a resource allocation and accountability problem. Sometimes we let things metastasize and get too big before we realize what’s happening.”

His platform is a hybrid, incorporating current planks from the Republican and Democratic parties. All of it, however, has to “start with having an aura, a vision, a goal,” he said.

“Because it feels as if, right now, we don’t have one.”

Mr. Pierce learned something about the White House — kinda — by being a child actor.

Americans first saw Mr. Pierce in “The Mighty Ducks,” where he played the youth version of Emilio Estevez’s character, missing a penalty shot in a championship game. That 1992 Disney role led to another four years later in “First Kid,” in which he played the president’s son who vexes a Secret Service agent played by Sinbad, who is assigned to protect him.

Obviously, “First Kid” is a movie. Mr. Pierce doesn’t pretend the experience gives him any insight that aids his White House quest. But Hollywood did give him a platform he used to become a successful businessman, which gives him plenty of insight, he said.

Forgoing his education at the University of Southern California, Mr. Pierce became a junior partner, at 18, in a fledgling video content company that was paying him a quarter of a million dollars a year. Within a few years, he had gone into digital currencies along the Asian Rim, drawing investment from Goldman Sachs and others and making him a billionaire, according to his campaign bio.

It hasn’t all been rosy.

The first company eventually went belly up, and he became embroiled in allegations of sexual misconduct, some peddled by unscrupulous lawyers who leveled fake accusations against several Hollywood figures.

A bankruptcy and sexual misconduct allegations do not separate Mr. Pierce from the major party candidates. But that past did bother 10 members of the Bitcoin Foundation’s board of directors, who quit when Mr. Pierce was named a director in 2014.

Mr. Pierce remains on that foundation’s board and he and his team declined to address the past allegations, which they consider ancient fabrications that never led to a court case.

All that matters now is what comes next, Mr. Pierce insists, saying he thinks there is a historical opportunity now for an outsider like himself. He compares today, with its piecemeal, government-imposed COVID-shutdowns, arson and looting in several cities, and the growing fear and mistrust among Americans to previous crises such as the Depression or World War II.

And, like those earlier crises, he said America will leave them behind with a burst of creativity — if it decides to break the mold with him.

“Look at [President] Trump, look at [Michael R.] Bloomberg — they were never really in any party,” Mr. Pierce said. “It might be very unlikely that I end up as a president. But the question has to be ‘where do we want to be in 2030?’”