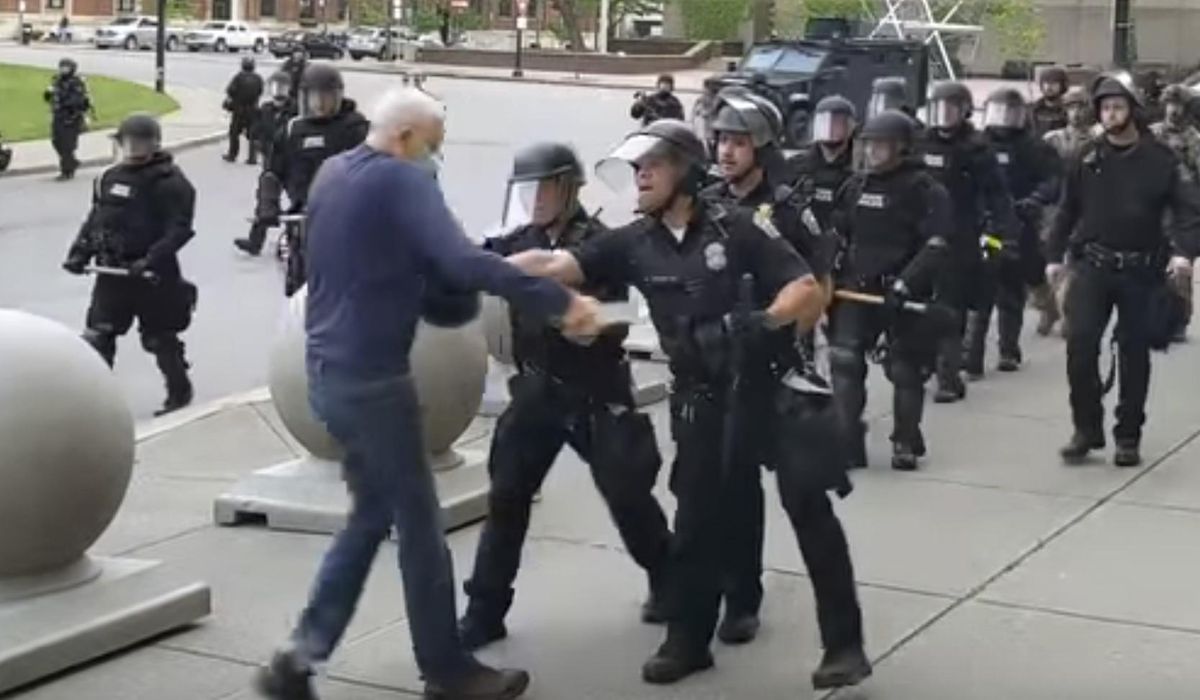 The entire Buffalo Police Department Emergency Response Team resigned Friday to support two police officers who pushed an elderly man to the ground in a viral video, according to a report from a local news outlet.

A total of 57 officers quit the team as a sign of support for the officers involved in the video who were suspended without pay, News 4 Buffalo reported. The 57 are still officers on the police force.

“If they resigned, I’m exceptionally disappointed by it because it indicates to me that they did not see anything wrong with the actions last night,” Erie County Executive Mark Poloncarz said at a press conference.

Buffalo Mayor Byron Brown said the government has contingency plans in place to ensure there’s no gap in security.

“The City of Buffalo is aware of developments related to the work assignments of certain members of the Buffalo police force. At this time, we can confirm that contingency plans are in place to maintain police services and ensure public safety within our community. The Buffalo police continue to actively work with the New York State Police and other cooperating agencies,” he said in a statement to the news outlet.

The Buffalo police officers’ union told members they would no longer be covering legal fees related to the protests and are upset with the officers’ suspension, according to The Buffalo News.

“Our position is these officers were simply following orders from Deputy Police Commissioner Joseph Gramaglia to clear the square,” Buffalo Police Benevolent Association President John Evans said to the paper. “It doesn’t specify clear the square of men, 50 and under or 15 to 40. They were simply doing their job. I don’t know how much contact was made. He did slip in my estimation. He fell backwards.”

The video showed 75-year-old Martin Gugino walk up to police officers who, after stopping for a moment, pushed Mr. Gugino, who fell and immediately began to bleed from his head and ears as police advanced.

“Why? Why? Why was that necessary? Where was the threat?” he said of the incident. “It’s just fundamentally offensive.”

The police department initially put out a statement saying Mr. Gugino “tripped and fell.” A later statement on the department’s Facebook page noted the officers were suspended after “pushing an elderly man to the ground.”