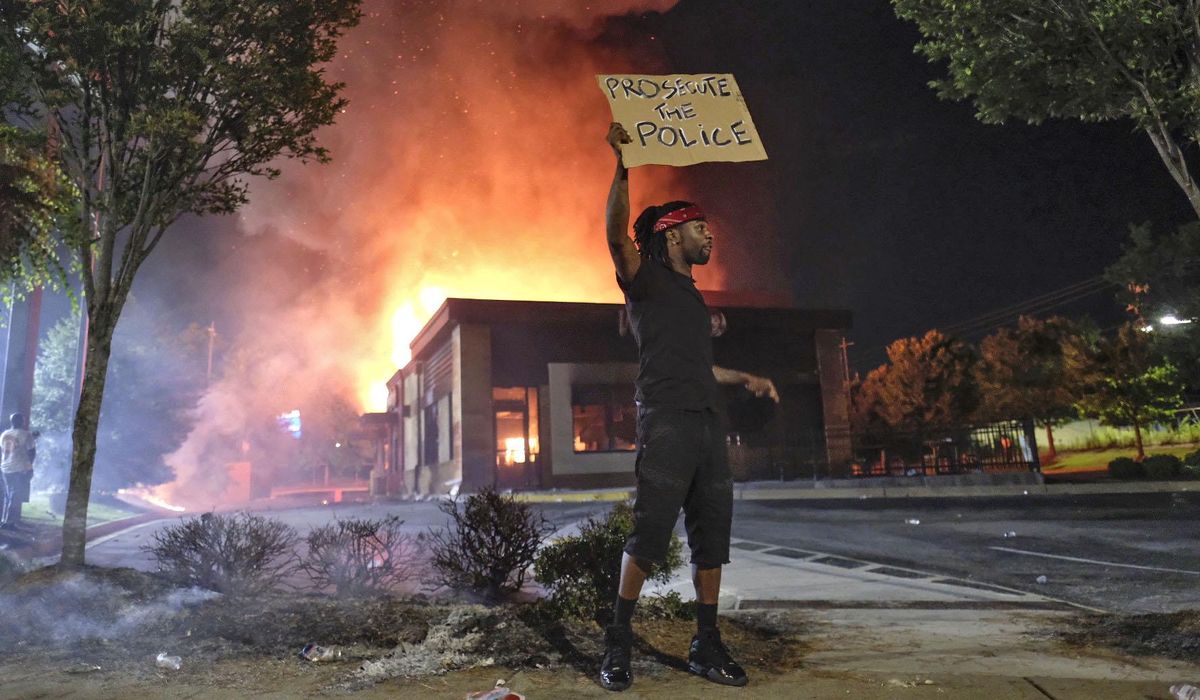 The airwaves are filled these days with experts telling us and each other that America has reached a “tipping point,” that public attitudes toward race, crime, the police and even socialism have changed virtually overnight so that issues believed marginal just a few weeks or months ago are now mainstream.

They are certain that we are on the verge of a radical or progressive realignment that will finally, as Barack Obama declared after his election, “fundamentally transform” America.

There are superficial signs that this might be so, but pardon the skepticism of some who have heard it all before. Too many Americans tend to ignore history and its lessons assuming that whatever happened in the past is somehow 1960s was that society was not only in upheaval, but that the young people demonstrating for justice and an end to the war raging in Vietnam were leading a popular movement that would transform the country.

The civil rights struggles of the decade had elicited both public sympathy and anger as families gathered in front of their televisions to witness firehoses, police dogs and club-wielding cops savage demonstrators. The public hung on the words of Martin Luther King Jr., cheered his “March on Washington” and Congress responded by passing landmark civil rights legislation that wouldn’t have made it to the floors of the House or Senate a few short years before.

The polling then was not as sophisticated as it is today, but it did show growing public support for the changes progressives of the day sought or at least until things turned violent in the wake of King’s assassination in 1968. The understandable rage of a community violently robbed of its hero erupted into riots that devastated major American cities and created a public backlash that doomed the political hopes of those who had been so sure they were on the verge of success.

In the days following the King assassination, riots broke out in dozens of American cities. In Washington, D.C., alone more than a thousand buildings were put to the torch and the National Guard was called in to restore order. Similar riots took place in Baltimore and Chicago, where 11 people were killed. What the public now saw was not police violence against peaceful protesters, but random violence initiated by the protesters themselves.

As the 1968 elections approached, the talk turned to “law and order” and something Republican presidential candidate Richard Nixon began calling a “silent majority” he believed was watching the violence tearing the nation apart in horror.

The very idea that such a majority existed was not taken very seriously by the liberal media, which didn’t much like Nixon anyway and dismissed him as “appealing to the worst instincts” of the American people. Post-election analysts found that the media had leaned heavily toward his Democratic opponent and that much of the coverage Nixon received was negative rather than neutral.

But Nixon won and Republicans won the White House on Nov. 5 of that year and his party picked up seats in both Houses of Congress. Since then, pundits and academics have poured over the 1968 results and polls to determine just what happened. Perhaps the most interesting analysis has been done by Princeton professor Omar Wasow, who has written extensively on the political impact violent and non-violent protests of the Sixties.

Wasow finds that the non-violent Civil Rights protests of the Sixties changed attitudes and policies as public understanding of the plight of Black Americans increased and that support for legislative and legal measures to deal with discrimination increased even further as authorities in the South were seen as resorting to violence to quell the protests.

In the wake of the King assassination, however, the protests turned violent and the public perception shifted against the protesters, who many saw as a threat to the very fabric of society. On Election Day, according to Mr. Wasow, as many as 8% of voters who might earlier have voted for the Democratic nominee shifted to Nixon.

These were voters who had sympathized and supported the earlier non-violent protests, but turned off when they saw the protesters themselves initiating violence. Their desire for stability and “normalcy” moved them to the right and turned the White House over to the Republicans.

We live in different times and it is possible that this won’t happen again this fall, but it could and if it does, the rioters who have burned police stations, destroyed hundreds of businesses in dozens of cities and demanded defunding the police who for all their faults are perceived by most Americans as essential to the maintenance of order, will have reelected a president they despise.

And George Santayana will have been proved right once again.

• David Keene is an editor at large for The Washington Times.