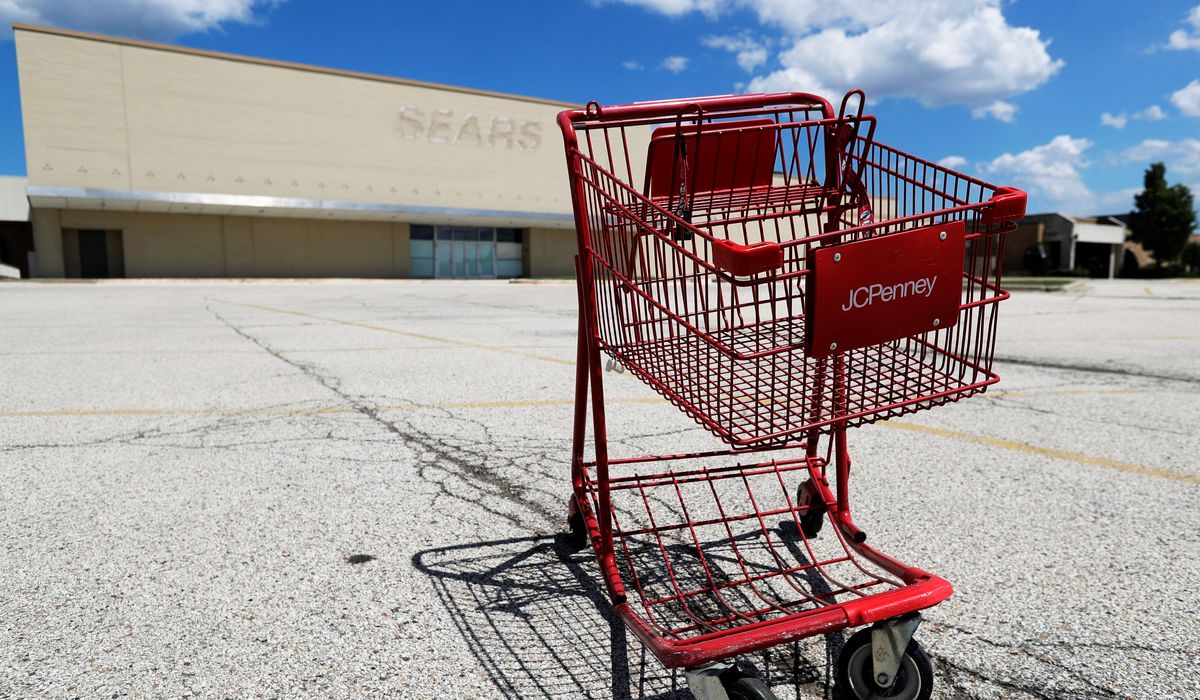 Businesses large and small cannot continue to operate much longer at reduced capacity for the coronavirus, and analysts expect hundreds more companies to file for bankruptcy before the November elections as government restrictions and dried-up consumer demand take a devastating toll on the U.S. economy.

Hardly any sector of the economy is immune to social distancing rules cutting into profits, with theaters, hotels, restaurants, gyms and retailers struggling to stay afloat.

Reopening plans have been reversed in nine states and paused in a dozen others, and more than half of U.S. states remain under business restrictions.

Bankruptcy filings are soaring. In the first half of the year, 3,427 U.S. companies filed for Chapter 11 bankruptcy protection, near the 3,491 that did so at the same point during the 2008 financial meltdown, according to an analysis by the Financial Times.

Economists warn that more bankruptcies are on the way as restrictions continue and federal aid expires in August.

“A lot of consumers and businesses have been shielded from the real impacts,” said Ernie Goss, an economics and finance professor at Creighton University.

A Goldman Sachs survey this month of 1,511 business owners across 49 states revealed that 84% of businesses that received federal Paycheck Protection Program aid said they will run out of the money in the first week of August.

Only 16% of the loan recipients said they will be able to continue to pay employees without more government aid.

According to a survey released last week by the National Federation of Independent Business, 46% of small businesses that applied for financial assistance anticipate needing more help in the next 12 months.

“Economic conditions are dire for about 4% of owners who say they will only be able to survive for no more than one to two months,” the NFIB analysis noted.

Congress is debating another relief package. If approved, it likely would come with an extension of supercharged unemployment benefits that could keep many service industry workers on the sidelines.

“That makes it again difficult for the restaurants and some of these venues to get workers back when they can make more by being unemployed,” Mr. Goss said.

One of the hardest-hit industries has been restaurants.

Restaurants, which generally survive on a thin profit margin in the best of times, face ruin if they are limited to 50% capacity as many states dictate in their reopenings.

Sean Kennedy, executive vice president for public affairs with the National Restaurant Association, said his industry is the second-largest employer but lost more jobs and revenue than any other industry during the pandemic. His group pushed Congress to provide relief specifically to restaurants.

About 100,000 restaurants have had to temporarily close in the past two weeks because of local and state mandates, said Mr. Kennedy, warning that the on-and-off-again shutdowns will force many restaurants to close their doors for good.

The largest of the chains are not immune.

Starbucks and Dunkin’ Donuts have permanently closed more than 1,000 locations because of the pandemic, and TGI Fridays, IHOP and Denny’s are shuttering dozens of locations.

At least two dozen restaurants have closed permanently in the nation’s capital and its suburbs as a result of COVID-19 restrictions.

Sotto, a speakeasy-style restaurant in the District of Columbia known for live jazz, smoked meats and classic cocktails, recently bade a fond farewell to its clientele.

“THANK YOU FOR 7 GREAT YEARS!” read the goodbye message on its website. “It has been a joy to be a part of this community. This pandemic has directly affected all of us and our industry as a whole, and it is with great sadness that we will not be reopening.”

Airlines are struggling to keep pace with the sharp decrease in demand, and more than a dozen of them, mostly international, have shut down or filed for bankruptcy.

Carriers have fewer domestic passengers than they did a year ago, according to Airlines for America, the trade group for the nation’s largest airlines. Net passenger bookings are down 80% and revenue has plunged more than 90%, according to the organization’s COVID-19 charts and analysis.

Hotels, too, are at risk.

Chip Rogers, president of the American Hotel and Lodging Association, recently said more than 8,000 hotels could close in September.

“If business travel doesn’t pick up by this fall and the PPP funding has run out, then the really bad problem that exists today is going to result in massive foreclosures for hotels,” Mr. Rogers told Nexstar Media Group.

Large department stores such as J.C. Penney and Neiman Marcus, rental car companies including Hertz, and gyms such as 24 Hour Fitness and Gold’s Gym have announced closures, and many filed for bankruptcy.

Steve Hanke, a professor in applied economics at the Johns Hopkins University who served as a senior economist on President Reagan’s Council of Economic Advisers, said the Small Business Reorganization Act, enacted before the pandemic, has made it easier for small businesses to file for bankruptcy by cutting their legal fees in half.

He said about 100 bankruptcy filings have come from small businesses — those with less than $2.7 million in debt — every month since February.

“There will be many more bankruptcies. That’s baked in the cake already. No matter how the COVID virus evolves and what course it takes, there’s been enough damage right now,” Mr. Hanke told The Washington Times, though he noted that businesses were in a better position heading into this downturn than they were in 2008 because the economy was booming late last year.

What happens next, however, is anybody’s guess.

“You have no precedent,” he said. “We might be into 2024 before we reach the same level of per capita GDP that we had prior to the virus.”

The Poet who redefined our notion of love

Business leaders warn Trump not to mess with DACA