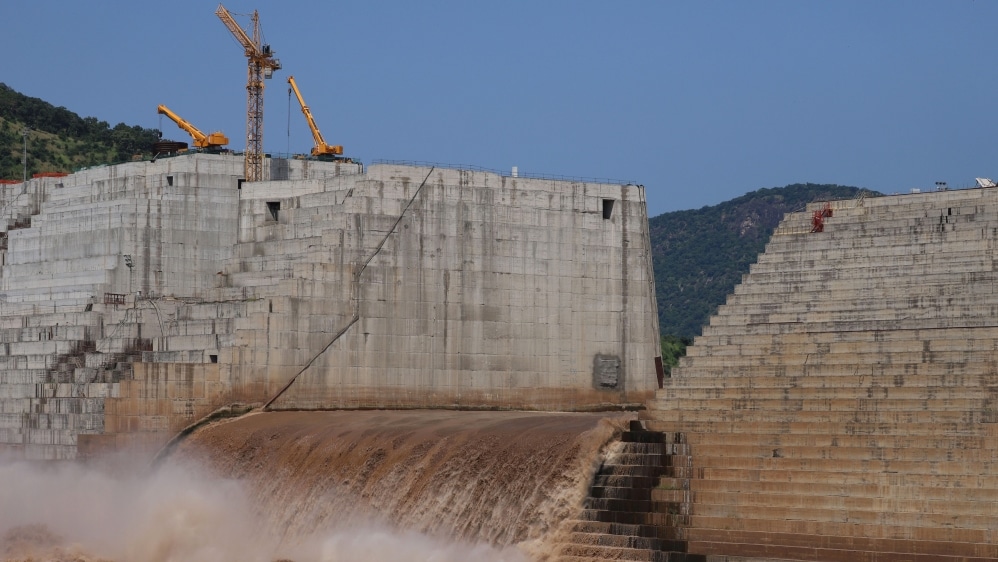 Egypt has called on the United Nations Security Council to intervene to restart talks on the $4.6bn hydroelectric dam being built by Ethiopia on the Blue Nile near the border with Sudan.
The move on Friday came as tensions run high after multiple rounds of talks over the years between Egypt, Ethiopia and Sudan failed to produce a deal for the filling and operation of the Grand Ethiopian Renaissance Dam.
More:

Addis Ababa has declared plans to start filling the dam next month, regardless of whether a deal was reached.
Cairo appealed to the UN Security Council “to intervene to emphasize the importance that three countries … continue negotiations in good faith,” the Egyptian foreign ministry said in a statement.
“The Arab Republic of Egypt took this decision in light of the stalled negotiations that took place recently on the Renaissance Dam as a result of Ethiopian stances that are not positive,” the statement said.

The latest round of talks, which had started on June 9 through video conference, followed a previous round of negotiations in Washington, which ended without agreement in February. No date has been set for the stalled talks to resume.
The years-long dispute pits Ethiopia’s desire to become a major power exporter and development engine against Egypt’s concern that the dam will significantly curtail its water supply if filled too quickly.
Egypt, which is almost entirely dependent on the Nile for its fresh-water supplies, sees the dam as a potentially existential threat. It is anxious to secure a legally binding deal that would guarantee minimum flows and a mechanism for resolving disputes before the dam starts operating.
Sudan has long been caught between the competing interests.
In Ethiopia, the arrival of the rainy season is bringing more water to the Blue Nile, the main branch of the Nile, and Addis Ababa sees that as an ideal time to begin filling the dam’s reservoir next month.
“For us, it is not mandatory to reach an agreement before starting filling the dam, hence, we will commence the filling process in the coming rainy season,” Ethiopian Foreign Minister Gedu Andargachew told The Associated Press news agency on Friday.
“We are working hard to reach a deal, but still we will go ahead with our schedule whatever the outcome is. If we have to wait for others’ blessing, then the dam may remain idle for years, which we won’t allow to happen,” he said.
Gedu rejected the idea that the issue should be taken to the UN Security Council, and would not say whether his country would use military action to defend the dam and its operations.

Both Egypt and Ethiopia have hinted at a willingness to take military steps to protect their interests, and experts fear a breakdown in talks could lead to conflict.
“This dam should have been a reason for cooperation and regional integration, not a cause for controversies and warmongering,” said Gedu. “Egyptians are exaggerating their propaganda on the dam issue and playing a political gamble. Some of them seem as if they are longing for a war to break out.”
The United States tried to broker a deal earlier this year, but Ethiopia did not attend the signing meeting and accused Donald Trump’s administration of siding with Egypt.
The latest talks saw officials from the US, European Union and South Africa, the current chairman of the African Union, attending as observers.
Sudan’s Irrigation Minister Yasser Abbas told reporters after talks ended on Wednesday that the three counties’ irrigation leaders have agreed on “90 percent or 95 percent” of the technical issues but the dispute over the “legal points” in the deal remains dissolved.
The Sudanese minister said his country and Egypt rejected Ethiopia’s attempts to include articles on water sharing and old Nile treaties in the dam deal.
Egypt has received the lion’s share of the Nile’s waters under decades-old agreements dating back to the British colonial era. Eighty-five percent of the Nile’s waters originate in Ethiopia from the Blue Nile.
Joseph Siegle, director of research at the Africa Center for Strategic Studies based at the National Defense University, told Al Jazeera Egypt’s decision to seek UN Security Council help was part of a strategy to gain more concessions from Ethiopia.
“I think what Egypt is trying to do is raise the stakes and keep the pressure on Ethiopia in an attempt to try and exact as string a deal as it can from Ethiopia,” he said.
“All sides have a lot of pride and identity in this project. The Nile river is central to Egypt’s existence and its identity and its economy,” he continued, adding: “And Ethiopia has spent $4.6bn of its own resources to build this dam and its seen as a point of national pride, where it is going to be able to generate power for itself and for the entire region as a means of lifting the country out of poverty. They’ve gone through a very long process of raising funds from everyday citizens, and so, they have a lot invested in seeing this through.”
Continue Reading…

President Trump urged Republican lawmakers on Friday to investigate bombshell disclosures that the FBI relied on a suspected Russian spy to justify secret surveillance of his campaign in 2016 in search of evidence of collusion with Moscow. At a campaign rally in Atlanta, Georgia, the president called out to Republican Sen. David Perdue and Kelly… 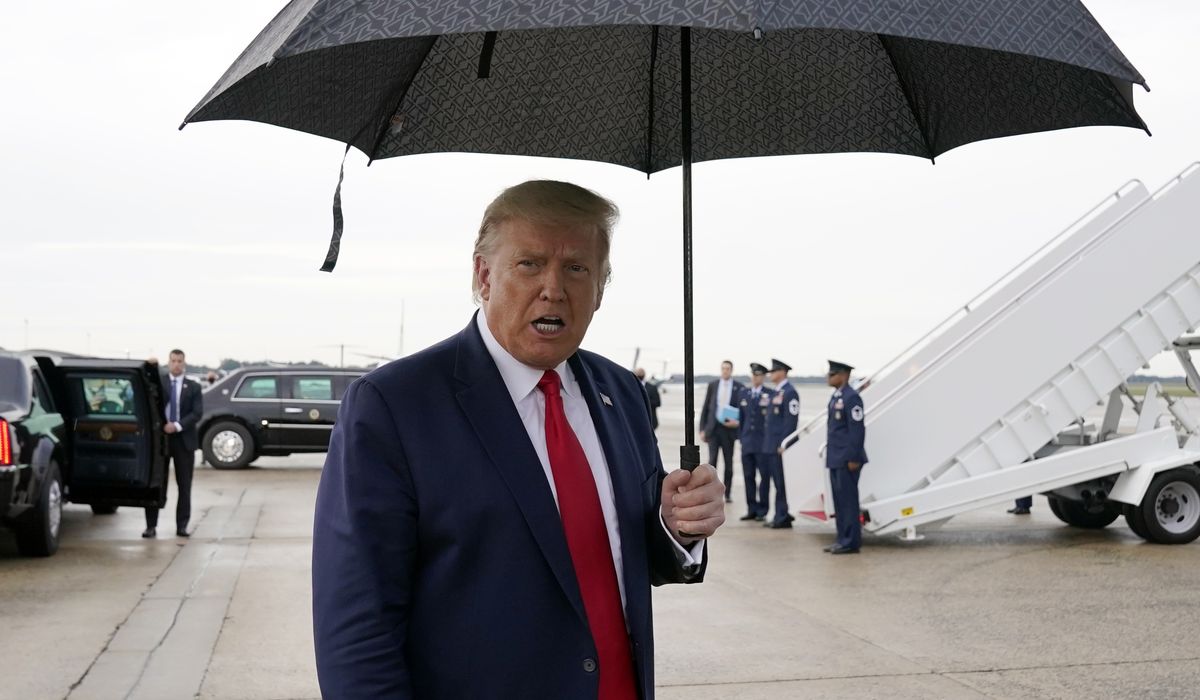 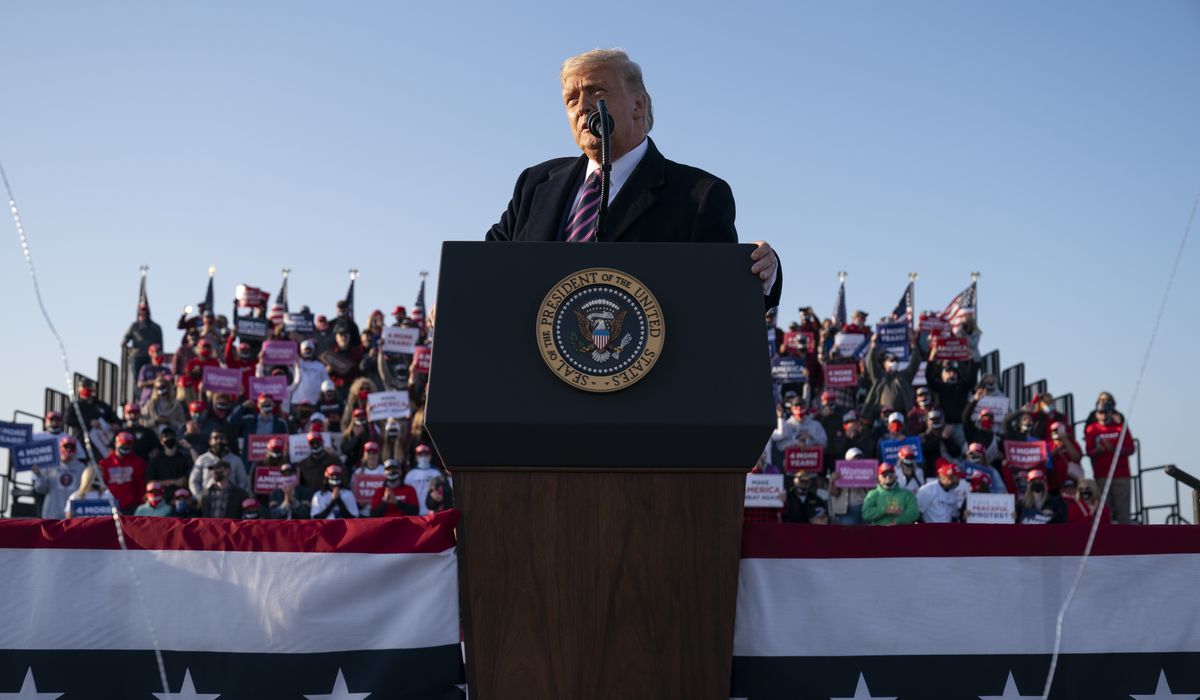 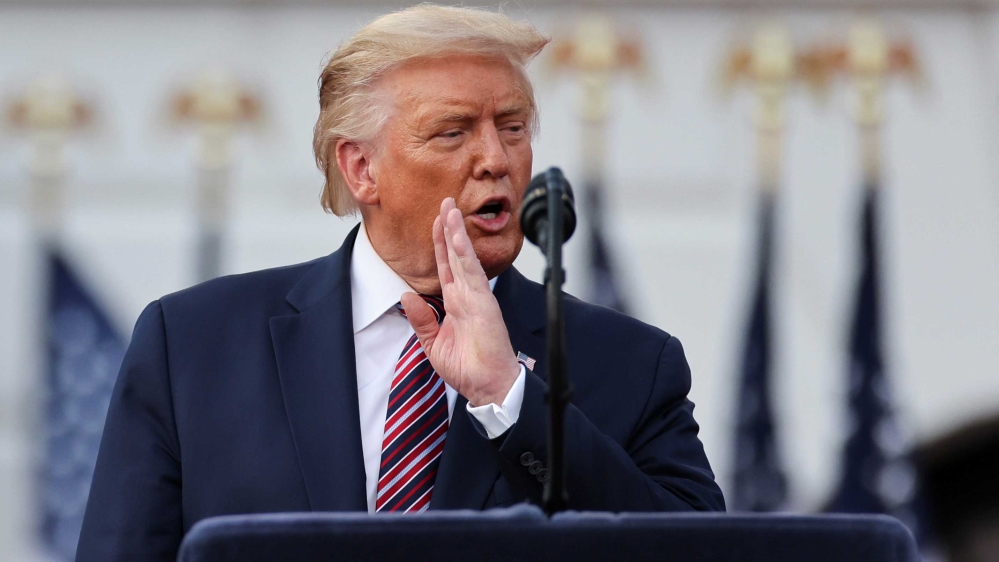