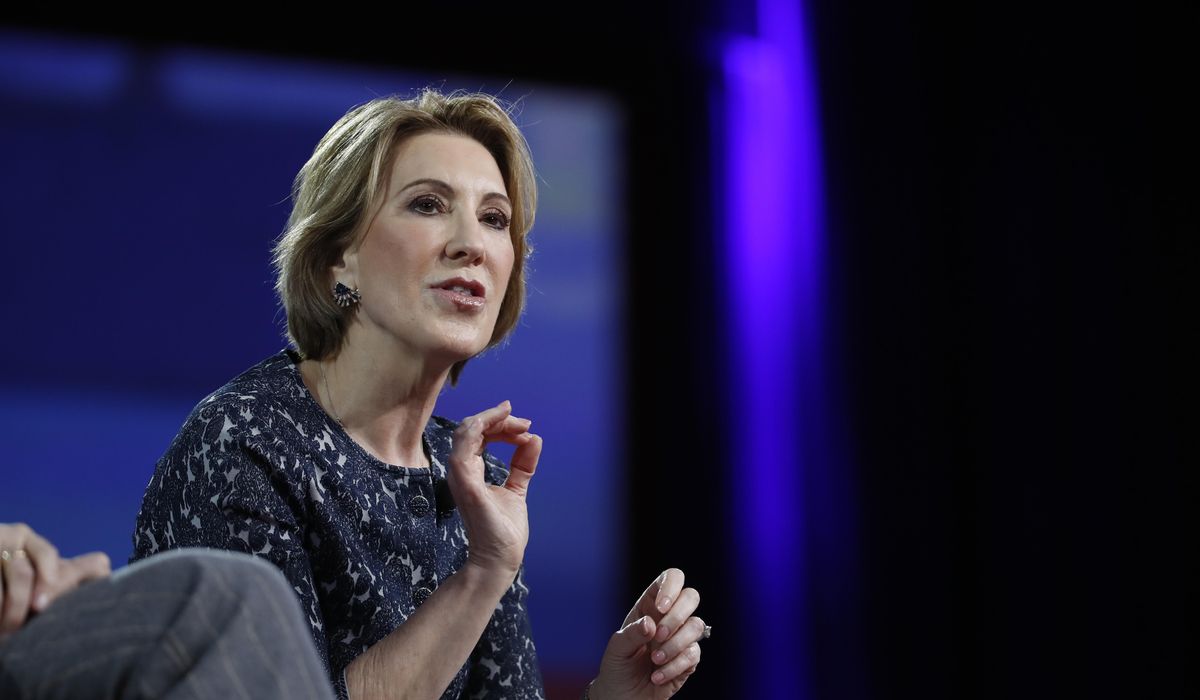 Former Hewlett-Packard CEO Carly Fiorina, who ran for the 2016 Republican presidential nomination against Donald Trump, said she plans to vote for former Vice President Joe Biden in November, moving to support a Democrat over her former GOP competitor.

“I’ve been very clear that I can’t support Donald Trump,” Ms. Fiorina told The Atlantic’s “The Ticket” podcast. “And elections are binary choices.”

She said Republicans need to analyze their support of Mr. Trump because of his judicial appointments and some policies over his character and lack of unifying the nation.

“As citizens, our vote is more than a check on a box. You know, it’s a statement about where we want to go, and I think what we need now actually is real leadership that can unify the country,” Ms. Fiorina said.

Ms. Fiorina supported the impeachment of Mr. Trump last year, but she had voted for him in 2016, saying she thought his Democratic rival Hillary Clinton was corrupt.

The former HP CEO sparred with then-candidate Trump during the 2016 GOP primary where the real estate mogul insulted Ms. Fiorina’s looks during one debate, saying, “Look at that face. Would anyone vote for that?” Many critics labeled his comment sexist.

After a poor showing in the Iowa caucus and New Hampshire primary, Ms. Fiorina suspended her presidential campaign and went on to endorse Sen. Ted Cruz, Texas Republican, who ended up finishing second to Mr. Trump.

During the later part of his campaign, Mr. Cruz announced if he were to be the nominee he would tap Ms. Fiorina as his vice presidential pick.