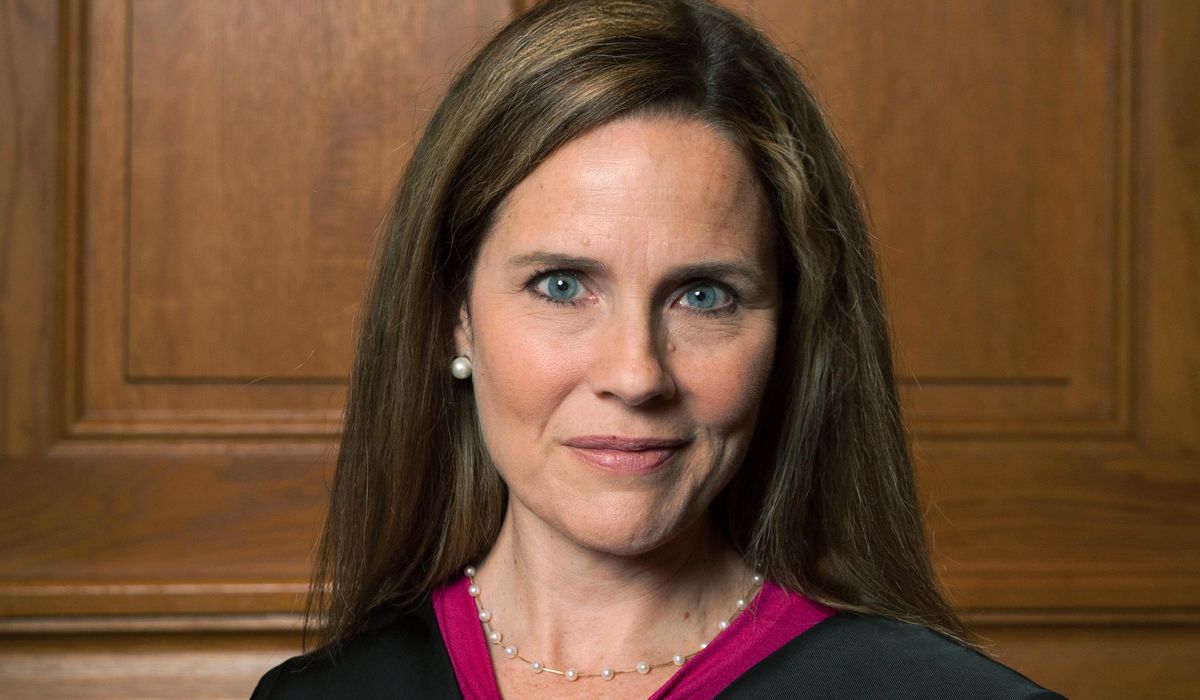 Conservative and Catholic advocacy groups are not waiting for President Trump’s formal announcement of Judge Amy Coney Barrett’s anticipated appointment to the Supreme Court to begin pushing for her confirmation.

“Barrett’s nomination is a huge win for pro-growth conservatives. But we need to ensure that we have at least 50 votes to confirm her,” reads the Club’s website for Barrett. “That is why we need your help. Call or email your Senators and tell them to confirm Amy Coney Barrett before Election Day!”

“Barrett deserves a speedy confirmation process and a Senate vote as soon as possible,” said Brian Burch, CatholicVote president, in a statement on Saturday. “President Trump has delivered once again on his campaign promise by nominating a judge like Amy Coney Barrett to the high court.”

While Judge Barrett’s boosters moved quickly to lobby for her confirmation before her selection, her liberal opponents have also mobilized to disrupt her path to the Supreme Court.

Stand Up America, a liberal group resisting President Trump’s every move, called on Senate Democrats to unite against Judge Barrett and pledged to hold GOP senators accountable if they vote to confirm Judge Barrett.

“Instead of allowing the American people to decide who selects the next justice, Donald Trump and [Senate Majority Leader] Mitch McConnell are shamelessly using the death of Justice Ruth Bader Ginsburg to pack the Supreme Court before the next president is sworn in,” said Sean Eldridge, Stand Up America founder, in a statement. “Trump’s nomination of Judge Amy Coney Barrett means yet another ultra-conservative jurist could be confirmed to a lifetime term on the Court—and that is unacceptable.”

Mr. Trump plans to make his formal announcement surrounding his selection near 5 p.m. on Saturday. People For the American Way, Alliance for Justice, the Leadership Conference on Civil and Human Rights, and many other liberal advocacy groups have scheduled a strategy call about their opposition to Mr. Trump’s pick, to begin once the president is done talking.

Some Roman Catholic priests and bishops have taken to social media to chide parishioners considering voting for Democrats, in general, and presidential nominee Joseph R. Biden, in particular, by reminding them of the church’s opposition to abortion. Over Labor Day weekend, Bishop Richard Stika of Knoxville, Tennessee, reanimated suggestions that Mr. Biden is not a… 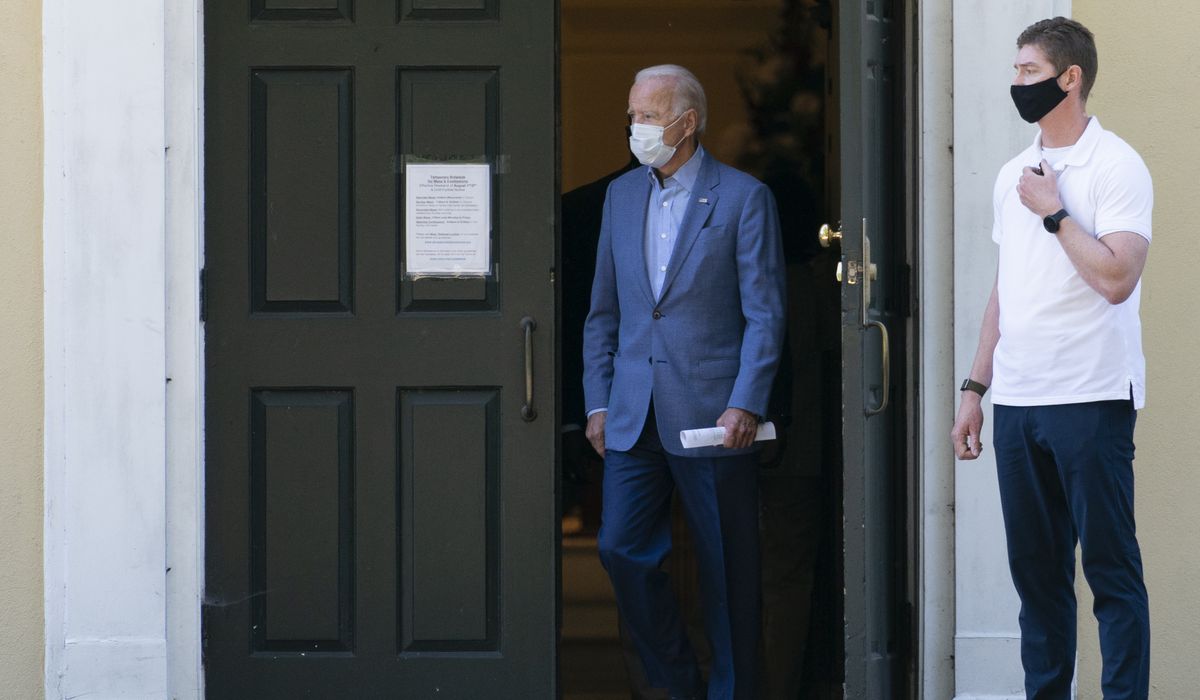 Some Roman Catholic priests and bishops have taken to social media to chide parishioners considering voting for Democrats, in general, and presidential nominee Joseph R. Biden, in particular, by reminding them of the church’s opposition to abortion.

“It really confuses me that both Joe Biden and [House Speaker] Nancy Pelosi time and time again state that they are faithful Catholics and yet promote unlimited abortion as well as deny so many of the teachings of our faith,” Bishop Stika tweeted.

Last week in a YouTube video, Father James Altman of St. James the Less Catholic Church in La Crosse, Wisconsin, denounced Mr. Biden over his pro-choice voting record when he represented Delaware in the U.S. Senate.

“Here is a memo to clueless baptized Catholics out there: You cannot be Catholic and be a Democrat. Period,” Father Altman said.

And last month, Bishop Thomas J. Tobin of Providence, Rhode Island, observed on Twitter that 2020 marks the “[f]irst time in awhile that the Democratic ticket hasn’t had a Catholic on it” — a jab at Mr. Biden, an avowed Catholic who supports abortion rights.

Canon law forbids priests and members of religious orders from endorsing political candidates without the permission of their superiors. But the 2020 election season has lured clergy to their digital pulpits.

In a recent statement on church views and politics, the U.S. Conference of Catholic Bishops said: “As Catholics, we are each called to evaluate candidates for public office by how closely their policies align with Gospel principles, as expressed by the U.S. bishops in Forming Consciences for Faithful Citizenship.”

“Forming Consciences for Faithful Citizenship: A Call to Political Responsibility” is the conference’s 2015 guide for church leaders to teach parishioners how they can and should participate in politics and civil discourse. It does not advocate for any particular political party or movement.

Last month, Cardinal Sen Patrick O’Malley of the Archdiocese of Boston reminded parishioners that priests “may not endorse or oppose candidates for election or political parties” after Msgr. Paul Garrity, a priest in Lexington, Massachusetts, declared himself “pro-life” but in support of Mr. Biden’s candidacy.

In a statement to The Washington Times, La Crosse Bishop William Patrick Callahan said he had applied a “fraternal correction” to Father Altman, whose video message “comes off as angry and judgmental, lacking any charity and in a way that causes scandal both in the Church and in society.”

“Most people expect a decisive move from me, one way or another. Many suggest immediate penalties that will utterly silence him; others call for complete and unwavering support of his views,” Bishop Callahan said. “Canonical penalties are not far away if my attempts at fraternal correction do not work.”

Some Catholic leaders have expressed concern that clerical criticism of Democratic platform priorities extends too far, piercing the veil of individual conscience enjoyed by many Catholics in the voting booth.

In an online discussion Tuesday moderated by the Initiative on Catholic Social Thought and Public Life at Georgetown University, Stephen White said Catholics are often “looking for a silver bullet” to divine for them whom to support at the polls.

“Our bishops have wisely but also frustratingly refrained from answering that question,” said Mr. White, executive director of The Catholic Project at The Catholic University of America. “They’ve made us do the hard work that doesn’t boil down to some kind of political algorithm.”

Other Catholics have been more stinging in their criticism of support for President Trump. Last month, Bishop John Stowe of Lexington, Kentucky, called the president “so much anti-life because he is only concerned about himself.”

John Gehring, Catholic program director at Faith in Public Life, called out church leaders Wednesday for “distort[ing] centuries of Catholic teaching” by an over-emphasis on abortion.

“This partisan theology is being used to help re-elect a white nationalist who deploys fear to divide voters and puts his own power before the common good,” Mr. Gehring said in a written statement.

Rep. Alexandria Ocasio-Cortez experienced instant blowback on Friday after calling a statue of a Catholic saint who died caring for lepers an example of the “patriarchy” and “white supremacist culture” at work. The New York Democrat’s comments about Hawaii’s tribute to St. Damien of Molokai in the U.S. Capitol came just days after National Catholic… 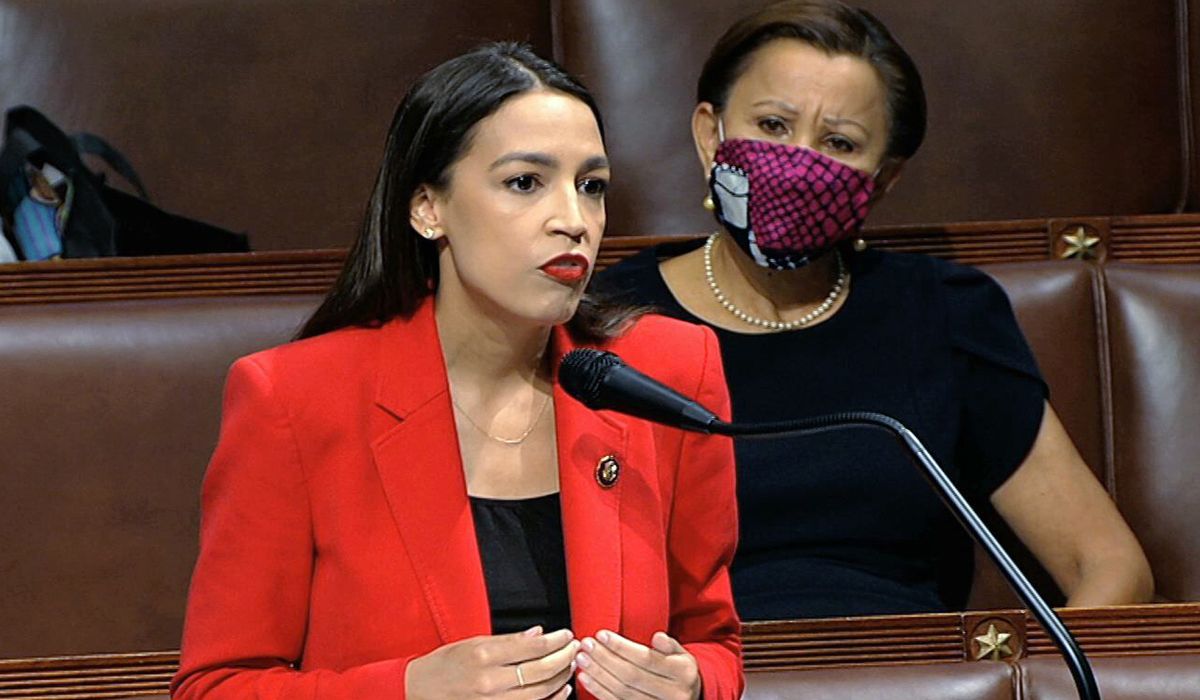 Rep. Alexandria Ocasio-Cortez experienced instant blowback on Friday after calling a statue of a Catholic saint who died caring for lepers an example of the “patriarchy” and “white supremacist culture” at work.

The New York Democrat’s comments about Hawaii’s tribute to St. Damien of Molokai in the U.S. Capitol came just days after National Catholic Reporter touted her in a story titled, “AOC is the future of the Catholic Church.”

“Even when we select figures to tell the stories of colonized places, it is the colonizers and settlers whose stories are told — and virtually no one else,” Ms. Ocasio-Cortez wrote on Instagram. “This is what patriarchy and white supremacy culture looks like! It’s not radical or crazy to understand the influence white supremacist culture has historically had in our overall culture and how it impacts the present day.”

The Daily Caller’s Mary Margaret Olohan deadpanned in response: “@AOC calling a Catholic priest part of ‘white supremacist culture’ — a man who literally rotted to death from leprosy because he was serving other lepers. She owes the Catholic Church an apology.”Sen. Bill Cassidy warned that Ms. Ocasio-Cortez’s commentary was another example of “cancel culture.”

“A little research into the saint @AOC is trying to dunk on would yield his incredible devotion to those suffering from leprosy, which led to his canonization,” the Louisiana Republican tweeted.

Others noted that Hawaii also honors King Kamehameha I in the Capitol.

Ms. Ocasio-Cortez, however, countered that critics took her video out of context.

“1. Unsure why you cut the context of the video,” she told DC Examiner’s John Gage while linking to her video. “2. Read the text of the video you posted: it’s not about litigating an indiv [sic] person or statue, but examining that the TOTALITY of all 100+ statues are almost all white & male, incl [sic] to rep largely nonwhite places.”

A little research into the saint @AOC is trying to dunk on would yield his incredible devotion to those suffering from leprosy, which led to his canonization.We must not cave to cancel culture. https://t.co/GUY7CKfsKg
— U.S. Senator Bill Cassidy, M.D. (@SenBillCassidy) July 31, 2020