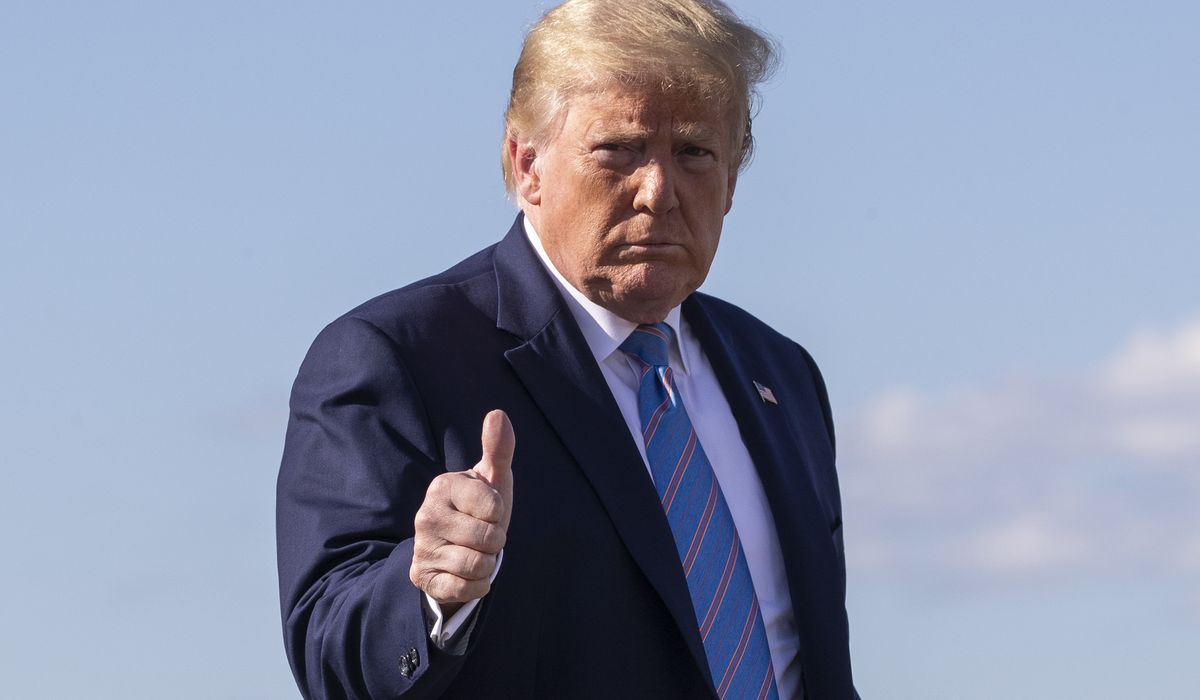 It has been two months since Washington learned that the Kremlin fed anti-Trump disinformation into the infamous dossier, and there had been no reaction from the president.

That is until now. During an exclusive Oval Office interview last week with The Washington Times, President Trump was asked about Russian lies targeting him through the FBI-favored, Democratic Party-funded dossier.

He responded with an indictment of the FBI and his predecessor, former President Barack Obama.

“It was an attempted overthrow of the government of the United States of America and duly elected president,” Mr. Trump said. “And we caught them.”

Unredacted, the footnotes added another bizarre chapter to the story of the Christopher Steele dossier and his paymasters, the Hillary Clinton campaign and the Democratic National Committee. The dossier had been shown to be a mix of false conspiracy allegations against Mr. Trump and his allies.

The footnotes show that some of those allegations derived from Kremlin disinformation designed to damage candidate Trump and his presidency. They also show that intelligence agencies warned the FBI in early 2017 that Russian President Vladimir Putin’s intelligence service knew in 2016 that Mr. Steele was compiling the dossier.

The agencies warned the FBI that specific allegations against Mr. Trump came from the disinformation operation. Yet the bureau continued to rely on the document and even used it as evidence to persuade judges to approve intrusive wiretaps.

“It’s ironic that the Russian collusion narrative was fatally flawed because of Russian disinformation. These footnotes confirm that there was a direct Russian disinformation campaign in 2016, and there were ties between Russian intelligence and a presidential campaign — the Clinton campaign, not Trump’s,” Mr. Grassley and Mr. Johnson said in a statement.

With that backdrop, a Washington Times editor last week asked the president: “The Horowitz report that came out I guess a week, was declassified a week or two ago, in which it says in July of 2016 heading into the final stretch of the election that Russia was actively providing misinformation to Steele and the dossier and that they were actively trying to keep you from [winning]. … I was interested on what your take is on Russia’s role in that and the lack of attention that it’s gotten.”

Mr. Trump did not directly address Russia’s desire to smear him. Instead, he launched an attack on the agency that relied on the dossier, the FBI, and on Mr. Obama’s supposed involvement.

Mr. Trump said: “The Horowitz report was fantastic, and don’t forget he was appointed by Obama. If you think the guy sitting in this seat didn’t know everything that took place. And now we’ll see what happens. I’ve given it to Attorney General [William] Barr and stayed out of it because I think politically it’s wise to stay out of it.

“And [former FBI Director James B.] Comey is a dirty cop and [former Deputy FBI Director Andrew] McCabe and that whole group. They were all dirty cops. Now we’ll see what’s going to happen. We already have the information. Sure, it might get better. But we have information. … Now we have to see what happens. They should do what’s right. Think of it. It was an attempted overthrow of the government of the United States of America and duly elected president, and we caught them. If they were the other side and 25 guys would right now be in jail for 50-year terms. Let’s see what happens.”

The Horowitz report laid out a long list of wrongdoings by FBI officials in investigating Mr. Trump, including an incident in which a bureau attorney falsified a CIA email.

The inspector general also reported that the FBI identified Mr. Steele’s main dossier source. The Moscow-based figure told the FBI that he had merely repeated Kremlin gossip to Mr. Steele, a former British intelligence officer. The FBI ignored the source’s warnings and continued to rely on the dossier.

Mr. Barr appointed Mr. Durham, the U.S. attorney in Connecticut, to probe the origins of the FBI’s decision to investigate Mr. Trump and his campaign.

There was never any direct evidence — an email, intercept, informant, text message — that Trump aides conspired with Russia’s election interference.

⦁ Christopher Dolan and Charles Hurt contributed to this report.