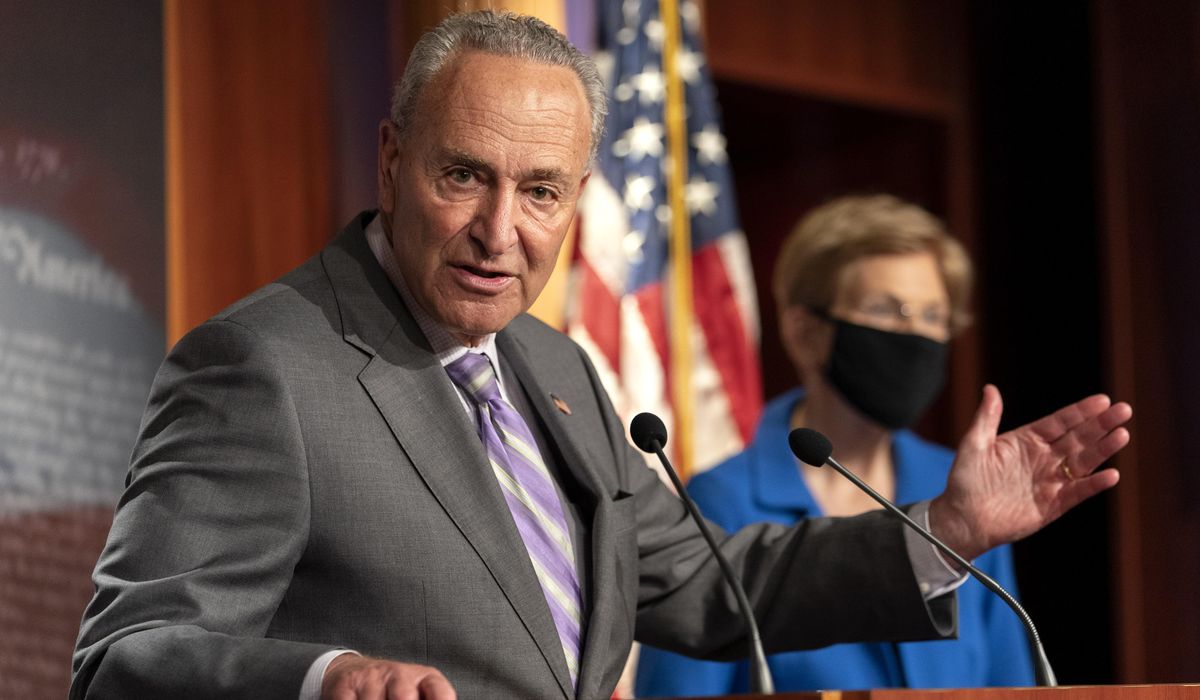 Mr. Schumer pointed to reports that political appointees demanded edits to scientific reports at the Centers for Disease Control and Prevention. He accused Mr. Azar of being “almost entirely silent” amount the issue and other allegations of political influence in the COVID-19 response.

The Democratic leader said HHS is “perhaps the most important federal agency right now” but has become “subservient” to Mr. Trump’s “whims.”

Mr. Trump “overstated the benefits of certain treatments and pressured FDA officials to approve them,” Mr. Schumer said. “Too many people within HHS are trying to suppress the science.”

The New York Democrat demanded Mr. Azar’s ouster one day after Democrats on the House Select Committee on the Coronavirus launched a probe of alleged interference in the CDC’s Morbidity and Mortality Weekly Reports (MMWRs) on the virus.

HHS said it will respond to Congress, though one of its top spokesmen, Michael Caputo, rejected the allegations, saying the interactions between the public affairs office and CDC were part of a regular scientific review by scientific adviser Paul Alexander.

“Dr. Paul Alexander is an Oxford-educated epidemiologist and a methodologist specializing in analyzing the work of other scientists,” Mr. Caputo said. “Dr. Alexander advises me on pandemic policy and he has been encouraged to share his opinions with other scientists. Like all scientists, his advice is heard and taken or rejected by his peers. Our intention is to make sure that evidence, science-based data drives policy through this pandemic — not ulterior deep state motives in the bowels of CDC.”