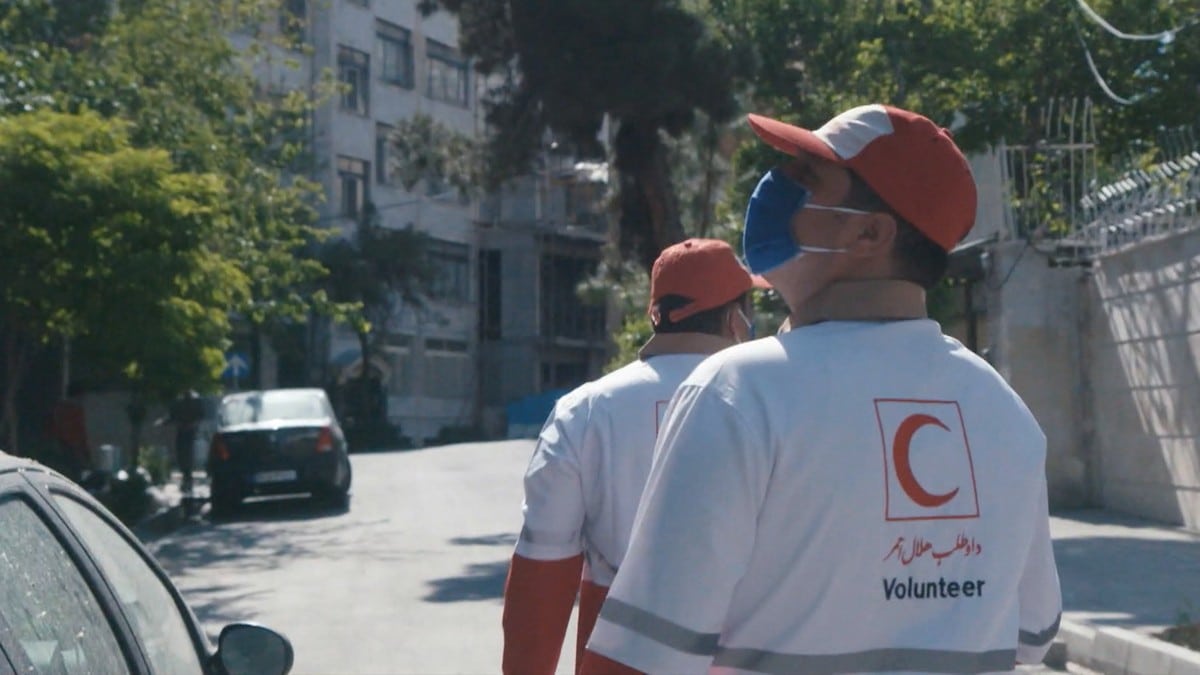 “In the early days, we didn’t even have three-layer masks in our country,” Red Crescent Society President Dr. Karem Hemmati told VICE News. “We weren’t prepared for it.”

Iran was an early epicenter of the COVID-19 pandemic and has remained the hardest hit country in the Middle East.

The organization is focused on a unique group in Iran: The more than 70,000 people injured by chemical weapons during the Iran-Iraq war. It’s been over thirty years since that war ended, but many survivors of chemical attacks still struggle with long-term damage to their skin, eyes, and lungs — conditions that can manifest years after exposure and worsen with age.

Iranian officials say that efforts to combat the virus are hampered by U.S. sanctions after its withdrawal from the Iran nuclear deal in 2018.

Dr. Leila Moein, a physician who works with chemical attack survivors, said the new sanctions have had “an incredibly negative impact on working people in Iran and the ill, especially those whose illnesses are treated with imported medications, which are very expensive.”

An October 2019 Human Rights Watch report, released months before the global coronavirus crisis, found that even though humanitarian goods are technically exempt, U.S. sanctions impede medical imports and, “are causing unnecessary suffering to Iranian citizens afflicted with a range of conditions.”

In light of the pandemic, there have been widespread calls to ease sanctions from the international community, the U.N. Special Rapporteur, as well as dozens of U.S. Congress members and a group of 24 former U.S. and European officials, including former U.S. secretary of state Madeleine Albright and former director of the International Atomic Energy Agency Hans Blix.

Every day Dr. Moein is answering messages from patients who are scared about contracting coronavirus, talking through their symptoms and analyzing their health records. Meanwhile, she worries about the long-term consequences of sanctions on her vulnerable patients beyond coronavirus.

“The slow progression of sanctions on Iran, especially concerning their effects on people’s health, amounts to a silent genocide,” she said. “We might think that we’re not that affected now, but in the future, maybe ten years from now, we will see what damages they’ve caused.”