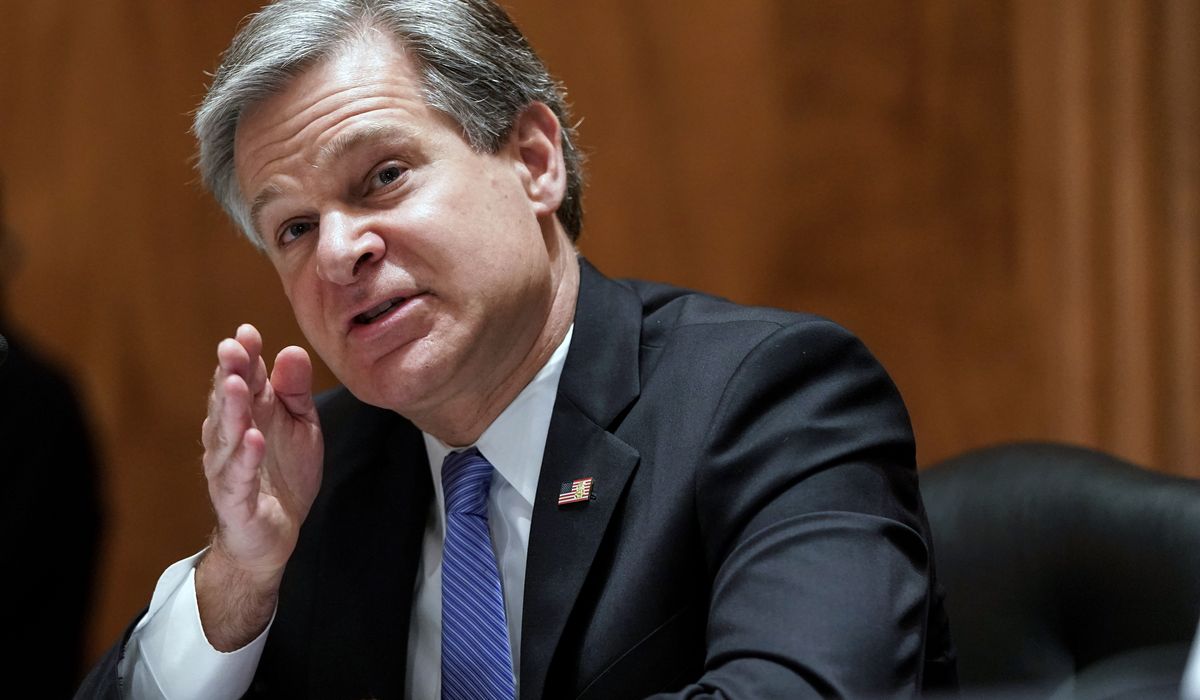 Mr. Wray said they’ll see a public announcement from a company on its vaccine progress, then within days they’ll see cyber penetration efforts against that company “that ties back to Chinese actors.”

“They’re trying to essentially jump to the front of the line by stealing information from others,” Mr. Wray said.

He declared China the largest counterterrorism focus of the FBI, and pointed to thousands of open investigations into Chinese attempts to penetrate American institutions.

China attempted to cover up scope of COVID-19, could have largely prevented outbreak: GOP report

China attempted to cover up scope of COVID-19, could have largely prevented outbreak: GOP report

China could have prevented two-thirds of its coronavirus cases before the end of February had it followed international health guidelines at the beginning of the outbreak in Wuhan, a new congressional report concluded. The report, released Monday and authored by Republican members of the House Foreign Affairs Committee, echoes earlier findings that China made efforts… 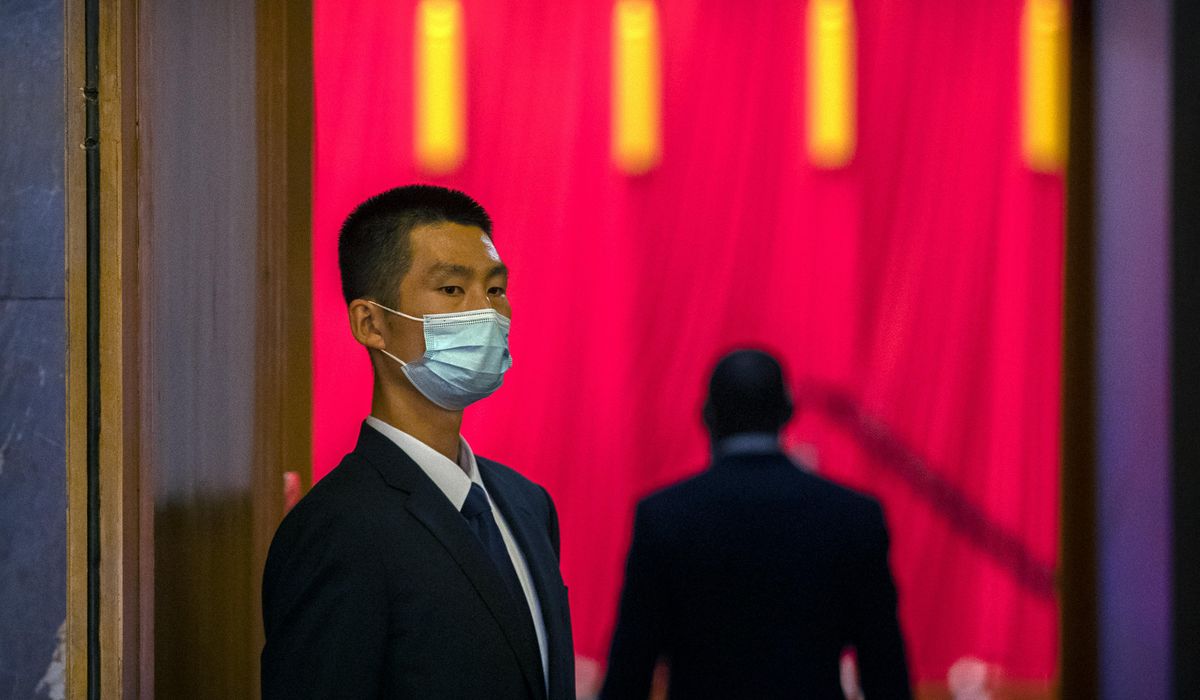 China could have prevented two-thirds of its coronavirus cases before the end of February had it followed international health guidelines at the beginning of the outbreak in Wuhan, a new congressional report concluded.

The report, released Monday and authored by Republican members of the House Foreign Affairs Committee, echoes earlier findings that China made efforts to cover up the severity of the initial spread of the virus and that the government harassed and detained journalists, scientists and health care professionals who were voicing concerns about its handling of the outbreak.

“It is beyond doubt that the [Chinese Communist Party] actively engaged in a cover-up designed to obfuscate data, hide relevant public health information, and suppress doctors and journalists who attempted to warn the world,” the report said. “Research shows the CCP could have reduced the number of cases in China by up to 95 percent had it fulfilled its obligations under international law and responded to the outbreak in a manner consistent with best practices.”

The report also said that the Chinese government was “legally obliged” on Dec. 27 to inform the World Health Organization that the outbreak in Wuhan may constitute a Public Health Emergency of International Concern.

The report’s conclusions take aim at the WHO, from which President Trump announced a U.S. withdrawal in May, and said that the United Nations-backed organization was “heavily influenced by the Chinese Communist Party” in its messaging of the outbreak.

“The WHO has been complicit in the spread and normalization of CCP propaganda and disinformation,” the report stated, citing outside experts. “By repeating as truth statements that were misleading, if not lies, the WHO negatively impacted the global response.”

Rep. Michael McCaul, Texas Republican and ranking member of the Democrat-led committee, said in a statement Monday that “it is crystal-clear that had the CCP been transparent, and had the head of the WHO cared more about global health than appeasing the CCP, lives could have been spared and widespread economic devastation could have been mitigated.”

There have been over 31 million reported cases of COVID-19, the respiratory disease caused by the novel coronavirus. More than 961,000 people have died from the virus, with 199,525 deaths in the U.S., according to the Johns Hopkins University tracker. The global population currently stands at 7.8 billion.

China has accused the United States of “bullying” and threatened to take “necessary” countermeasures after Washington banned downloads of the Chinese video-sharing app TikTok and effectively blocked the use of the messaging super-app WeChat. “China urges the US to abandon bullying, cease its wrongful actions and earnestly maintain fair and transparent international rules and order,”… 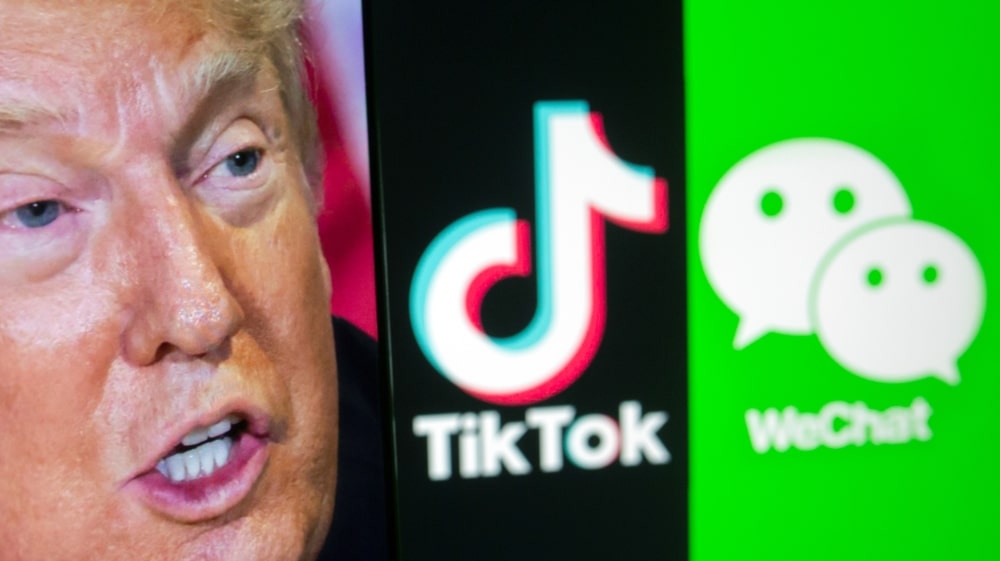 China has accused the United States of “bullying” and threatened to take “necessary” countermeasures after Washington banned downloads of the Chinese video-sharing app TikTok and effectively blocked the use of the messaging super-app WeChat.
“China urges the US to abandon bullying, cease its wrongful actions and earnestly maintain fair and transparent international rules and order,” the Chinese Ministry of Commerce said in a statement on Saturday.
“If the US insists on going its own way, China will take necessary measures to resolutely safeguard the legitimate rights and interests of Chinese companies.”
The United States Commerce Department announced the bans on Friday, citing national security grounds although China and the companies have denied US user data is collected for spying
Under Friday’s order, the Tencent-owned WeChat app would lose functionality in the US from Sunday onwards. TikTok users will be banned from installing updates but could keep accessing the service through November 12.
The timeframe gives TikTok’s parent group ByteDance some breathing space to clinch an agreement over the fate of its US operations.
“We disagree with the decision from the Commerce Department, and are disappointed that it stands to block new app downloads from Sunday and ban use of the TikTok app in the US from November 12,” ByteDance said in a statement.
“We will continue to challenge the unjust executive order.”

TikTok says it has 100 million US users and 700 million globally.
‘Very very popular’
Friday’s order follows weeks of deal-making over TikTok, with US President Donald Trump pressuring ByteDance to sell TikTok’s US operations to a domestic company to satisfy Washington’s concerns over TikTok’s data collection and related issues.
California tech giant Oracle recently struck a deal with TikTok along those lines, although details remain foggy.
Trump said on Friday said he was open to a deal, noting that “we have some great options and maybe we can keep a lot of people happy,” suggesting that even Microsoft, which said its TikTok bid had been rejected, might continue to be involved, as well as Oracle and Walmart.
Trump noted that TikTok was “very, very popular,” said “we have to have the total security from China,” and added that “we can do a combination of both”.
The bans are in response to a pair of executive orders issued by Trump on August 6 that gave the Commerce Department 45 days to determine what transactions to block from the apps he deemed pose a national security threat. That deadline expires on Sunday.
The Trump administration has ramped up efforts to purge “untrusted” Chinese apps from US digital networks amid escalating tensions with Beijing on a range of issues from trade and human rights to the battle for tech supremacy.
The American Civil Liberties Union said the Commerce Department’s order “violates the First Amendment rights of people in the United States by restricting their ability to communicate and conduct important transactions on the two social media platforms”.

The action against WeChat, used by over 1 billion people worldwide, bars the transfer of funds or processing of payments to or from people in the US through it. Users could also start to experience significantly slower service or sporadic outages from Sunday night.
WeChat developer Tencent Holdings’ called the order “unfortunate” but said it “will continue to discuss with the government and other stakeholders in the US ways to achieve a long-term solution”.
WeChat has had an average of 19 million daily active users in the US, analytics firms Apptopia said in early August. It is popular among Chinese students, ex-pats and some Americans who have personal or business relationships in China.
The order does not ban US companies from doing businesses on WeChat outside the US, which will be welcome news to US firms such as Walmart and Starbucks that use WeChat’s embedded ‘mini-app’ programmes to facilitate transactions and engage consumers in China, officials said.
The order will not bar transactions with Tencent’s other businesses, including its online gaming operations, and will not prohibit Apple, Google or others from offering TikTok or WeChat apps anywhere outside the US.
WeChat users have sued to stop the ban, and a federal judge in California on Friday set an emergency hearing for Saturday at 1:30 pm Pacific time.
Continue Reading…

China said on Friday it is conducting military exercises near the Taiwan Strait, as the most senior official from the United States’ State Department to visit Taiwan in 40 years prepared to meet the island’s president. Defence ministry spokesman Ren Guoqiang told reporters the live-fire drills were in response to the “current situation” and designed to… 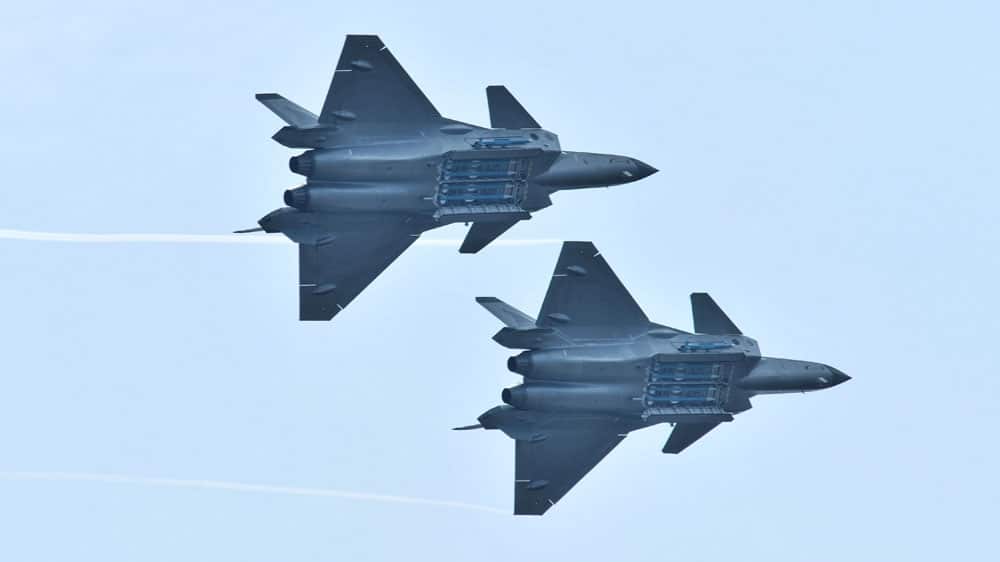 China said on Friday it is conducting military exercises near the Taiwan Strait, as the most senior official from the United States’ State Department to visit Taiwan in 40 years prepared to meet the island’s president.
Defence ministry spokesman Ren Guoqiang told reporters the live-fire drills were in response to the “current situation” and designed to safeguard China’s “national sovereignty”.
Beijing claims Taiwan as its own and has been alarmed by the increasing willingness of the US to defy China’s attempts to isolate the democratically-ruled island. Last week, it held two days of mass air and sea drills.
Keith Krach, under secretary of state for economic growth, energy and the environment, arrived on the self-ruled island on Thursday and is due to attend a dinner with President Tsai Ing-wen on Friday evening. He will also go to a memorial service for Taiwan’s former president Lee Teng-hui on Saturday.
Ren gave few more details about the drills, which he said began in the Taiwan Strait on Friday and involved the People’s Liberation Army’s eastern theatre command.

“They are a reasonable, necessary action aimed at the current situation in the Taiwan Strait and protecting national sovereignty and territorial integrity,” Ren said, adding that Taiwan was an internal Chinese affair.
“Recently the United States and Democratic Progressive Party (DPP) authorities have stepped up their collusion, frequently creating disturbances,” Ren said, referring to Taiwan’s ruling party.
When US Health Secretary Alex Azar visited the island last month, Chinese fighter jets briefly crossed the midline of the Taiwan Strait.

Keith Krach, the US under secretary of state for economic growth, energy and the environment, who arrived in Taiwan on Thursday, is due to meet President Tsai Ing-wen in a visit that has angered China [Pei Chen/ AFP]

Krach’s visit was swiftly condemned by China, which baulks at any recognition of Taiwan and has mounted a decades-long policy designed to marginalise the island on the diplomatic stage, which has intensified since Tsai first won office in 2016. She was returned for a second term in a landslide election in January.
‘Lawless bully’
Announcing the trip, State Department spokeswoman Morgan Ortagus said the visit was to “honour President Lee’s legacy” and stressed “shared political and economic values”.
Taiwan’s foreign ministry said Krach, who is accompanied by assistant secretary Robert Destro, would also discuss “how to strengthen bilateral economic cooperation” during his three-day visit.
It described him as the highest-ranking State Department official to visit Taiwan since 1979, when Washington switched diplomatic recognition to Beijing from Taipei.
The United States, like most countries, only has official diplomatic ties with China, but it is Taiwan’s main arms supplier and most important international backer.
The top US diplomat for East Asia, meanwhile, said on Thursday China’s recent actions around the world were not those of a responsible global actor, but of a “lawless bully”.

In prepared testimony for a Senate Foreign Relations Committee hearing, David Stilwell said the United States was not asking other countries to choose sides, but to stand up against China’s “malign” behaviour and to protect their own sovereignty and economic interests.
At the same time, Stilwell said US competition with China need not lead to conflict, and that the US sought to cooperate with Beijing where interests aligned, for instance on North Korea.
Stilwell said in the past several months there had been “particularly egregious examples of Beijing’s conduct”.
These included violence on its border with India and “aggressive” moves in the South China Sea, around Taiwan, and in waters China disputes with Japan.
Continue Reading…