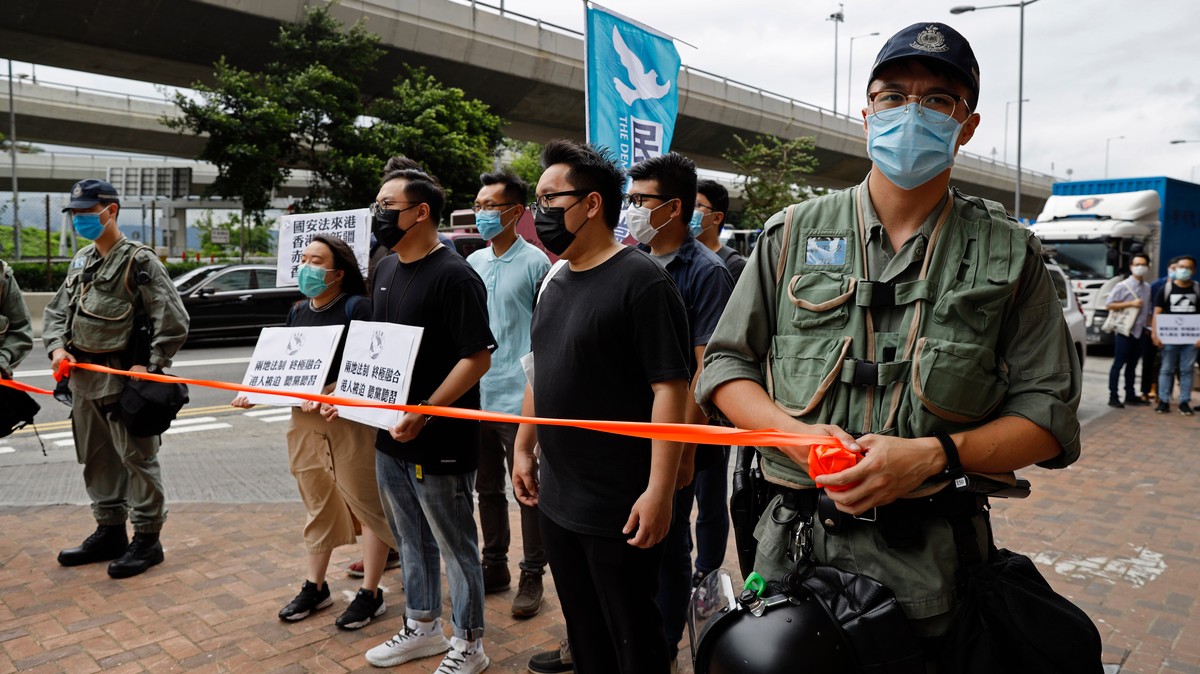 China’s shock announcement of an extreme national security law in Hong Kong has officially reignited the political crisis there, with activists calling for a return to mass protests in the streets this weekend.

Fatigue and the coronavirus had largely taken the steam out of the anti-government, anti-Beijing protest movement that roiled the semi-autonomous city in the latter half of 2019. But Beijing’s announcement Thursday of plans to impose a wide-ranging national security law targeting secession, subversion, terrorism, and foreign interference in Hong Kong has unleashed a fresh wave of public anger.

Many in the city fear the law, to be voted on by China’s rubber-stamp parliament in the coming days, will irrevocably change their way of life and be used to crush protest, dissent, and other expressions of political freedom. The way it’s worded seems to effectively spell an end to the autonomy guaranteed to Hong Kong under the “one country, two systems” policy.

“This is the ultimate fear for Hong Kong people. It’s a nightmare,” Tanya Chan, a lawmaker for the liberal pro-democracy Civic Party, told VICE News.

Outrage over the proposed law boiled over in fresh protests Friday, with a small group of demonstrators gathering near Beijing’s liaison office in the city, and pro-democracy lawmakers scuffling with security guards in chaotic scenes in the city’s legislature. Meanwhile activists issued calls on Telegram for a mass rally on Sunday, along with advice on how to use VPNs to evade state surveillance.

The announcement also drew an immediate response from allies abroad. U.S. Secretary of State Mike Pompeo condemned the move Friday as a “death knell” for Hong Kong’s autonomy, and U.S. senators introduced legislation that would allow for sanctions in response to any infringement on the city’s special status.

The “one country, two systems” model, in place since Britain returned the city to China in 1997, has allowed for greater civil liberties than on the mainland and given Hong Kongers the right to protest, freedom of speech, and a free media.

Critics of China now fear the national security law, which would green-light state security services from mainland China to expand their presence in Hong Kong, will allow Beijing to crack down on critics and protesters using broadly defined charges of terrorism and sedition. Beijing has frequently sought to paint pro-democracy activists as puppets of foreign elements.

“This is simply the death of ‘one country, two systems’,” Chan said. “All kinds of freedoms will be gone very soon.”

“They want to show Hong Kong people they have the power — they control every aspect of Hong Kong,” she added.

Hong Kong’s mini-constitution, the Basic Law, stipulates that it has to implement national security laws that prohibit treason, sedition, and acts of subversion against Beijing. But Hong Kong’s government has never passed the law, due to widespread public opposition and fears it would be used to smother civil liberties in the city.

A previous attempt to pass the laws in 2003 triggered mass protests involving about half a million people in the city. That caused the legislation to be shelved and never returned to the legislative agenda of Hong Kong’s government agenda.

But Beijing appears to have run out of patience with the gridlock. On Thursday, it announced plans to impose the laws itself, bypassing the need for Hong Kong lawmakers to handle the legislation and reasserting its control over the restive territory with a heavy hand. Hong Kong’s leader Carrie Lam said Friday she would cooperate with Beijing to have the law implemented as soon as possible and that it would “punish Hong Kong independence [activists] and violent political elements.”

The draft law, according to reports, contains a provision that: “When needed, relevant national security organs of the Central People’s Government will set up agencies” in Hong Kong.

“I have firsthand experience of being interrogated and tortured by the state security apparatus from Beijing, so I know what’s going on there,” said Cheng, who’s currently in the U.K. seeking asylum.

Cheng, the head of overseas Hong Kong activist group the Umbrella Union, said the new security law was “much worse” than the controversial extradition bill that triggered last year’s mass protests. While last year’s bill provoked outrage because it would have allowed for the extradition of suspects to mainland China, where they could face rights abuses by the authoritarian government, the new national security law would “simply bring Chinese law to Hong Kong,” Cheng said.

“We worry about our free speech, free media and publications, and free gathering and protests,” he added.

Steve Tsang, director of the SOAS China Institute, told VICE News that the move would inflame public anger towards Beijing. He said the resumption of large scale protests, which police would likely meet with a hard-line response, could lead to global companies pulling out of the city — and even to Washington stripping Hong Kong of its preferential trading status that ensured its position as a global financial hub. The city’s stock market had its worst day in nearly five years Friday following news of Beijing’s plans for the law.

“We will almost certainly see an upward spiral of protests and violence that will make the events of the second half of 2019 look tame,” Tsang said. “The prospect looks grim indeed.”

Activists involved in the city’s protest movement told VICE News that Telegram channels used to coordinate political actions were buzzing with calls for a mass protest Sunday. Protest leader Joshua Wong, secretary-general of the activist group Demosisto, told VICE News that the move to impose the law was a “direct retaliation” over last year’s protests and would spark new rounds of protests.

Another protester, who did not want to be identified for fear of legal repercussions, said that the threat of coronavirus — and the need for social distancing — had helped take the steam out of the protest movement earlier this year, but it was unlikely to deter people protesting in the streets now. The outbreak, which had given police an extra legal weapon to use against protesters, has been largely contained in Hong Kong. And the ban on gatherings over eight people, which is still in effect, wouldn’t be a deterrent to protesters.

READ: Hong Kong protesters escaped a besieged campus by crawling through tunnels and climbing down from overpasses

“The anger of Hong Kongers over this policy is bigger than their fear of corona,” he said.

Chan agreed. “People are very angry, and very worried as well,” she said. “I don’t think anything will stop them from fighting against this evil bill.”