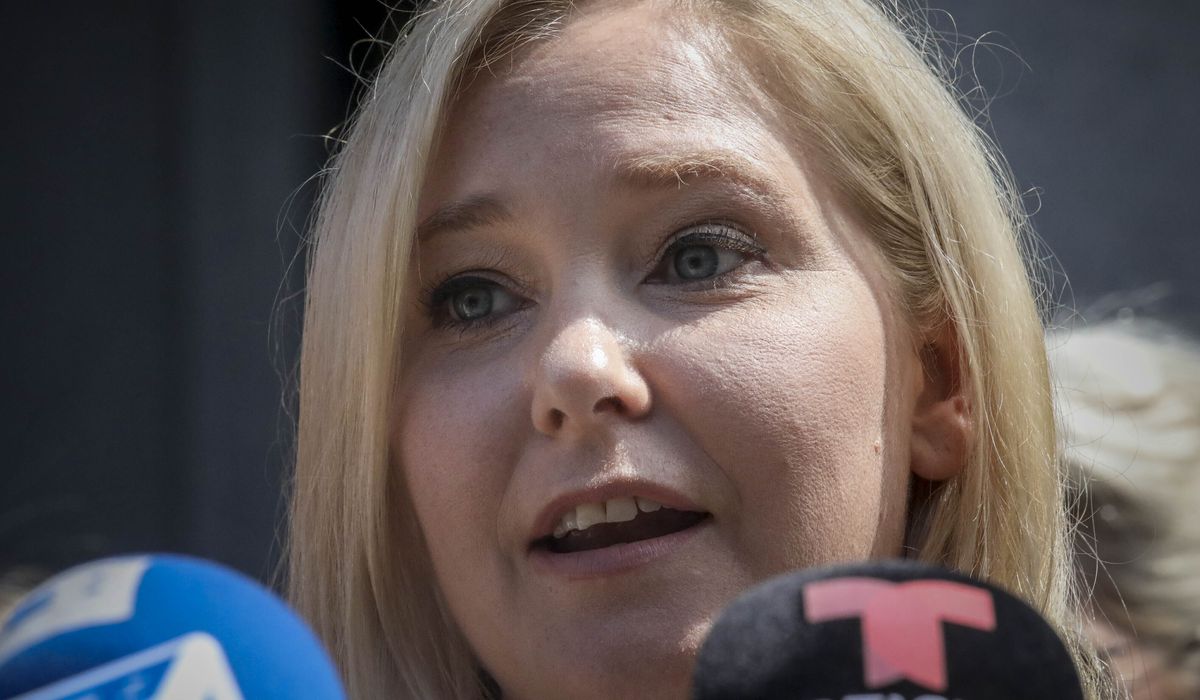 Virginia Giuffre, a prime accuser against Jeffrey Epstein and partner Ghislaine Maxwell, testified that she kept a detailed journal of her forced role in the two’s global sex trafficking, but has since burned it in a backyard bonfire.

Ms. Giuffre’s life story is that Ms. Maxwell recruited her in the late 1990s when she was 16 years old and introduced her to Mr. Epstein at Donald Trump’s Mar-a-Lago country club in Palm Beach, Fla. She says the two then groomed her for a life of global-trotting sexual encounters.

Mr. Dershowitz adamantly denies the claim and has sued Ms. Giuffre. He told Tucker Carlson Friday night on Fox News that she is making up stories in an attempt to get money.

Mr. Clinton, who took nearly 30 flights in Mr. Epstein’s private jet, has repeatedly denied he visited the compound in the U.S. Virgin Islands. A Netflix special on Epstein quoted a worker as saying he saw Mr. Clinton with Ms. Giuffre there. Mr. Dershowitz said after the series aired that Ms. Giuffre by that time had broken off her ties to Epstein and moved to Australia.

Prince Andrew acknowledges a friendship with Epstein, even after the wealthy financier pleaded guilty in Florida to prostitution offenses involving underage girls. Prince Andrew told the BBC he has no memory of meeting her. Mr. Richardson and Mr. Mitchell also deny her claims.

Ms. Giuffre sued Ms. Maxwell in 2015, alleging she sexually trafficked her to politicians and corporate magnates as a teenager, Virginia Lee Roberts. The judge in that case, since settled, unsealed a number of documents in U.S. District Court in Manhattan, including Ms. Giuffre’s 2016, 347-page deposition.

Interest in her civil case heighten dramatically with the suicidal hanging of Mr. Epstein in a New York lockup and subsequent federal charges brought against Ms. Maxwell last month. The British socialite and millionaire remains imprisoned without bail.

Ms. Giuffre’s private journal could have added weight to her allegations. But it no longer exists, she testified.

“Where are your notes?” a Maxwell attorney asked.

“I burned them,” Ms. Giuffre answered. “In a bonfire when I lived in Titusville [Fla.] ……This wasn’t anything that was a public document. This was my own private journal and I didn’t want it any more. So we burned it.” She said her Australian husband helped.

She testified she began writing notes in a green spiral notebook in 2012, more than a decade after her Maxwell-Epstein saga began

“Bad memories,” she said. “Things that I’ve gone through, lots of things, you know. I can’t tell you. There was a lot of pages. It was over 300 pages in that book.”

She was also questioned about the infamous photograph of her, Prince Andrew, his arm around her waist, and Ms. Maxwell, in London. The photographer: Epstein, using her “little yellow Kodak camera.”

” Where is the original of the photograph ……I want to know where the photograph is,” a Maxwell attorney says, according to the deposition transcript.

“I probably still have it,” she answered, saying the photo is likely among storage boxes in a home in Sidney owned by her in-laws.

She said she had it developed and printed upon returning to Palm Beach in 2001.

Ms. Giuffre testified that in January 2001 Epstein facilitated a passport application, her first, through an office in New York City. She filled out the application, putting down her occupation as “masseuse.”

The application is listed as court evidence. Her original passport is not.

She said she lived in a Palm Beach-area apartment rented for her by Epstein from January 2001 to the fall 2002.

“You have to understand that Jeffrey and Ghislaine are joined hip by hip, okay?” Ms. Giuffre testified. “So they both trafficked me. Ghislaine brought me in for the purpose of being trafficked. Jeffrey was just as a part of it as she was. She was just as a part of it as he was. They trafficked me to many people. And to be honest, there is people I could name and then there’s people that are just a blur. There was so much happening.”

She added, “It was part of my training. They both told me, ‘you’ve got tickets to go here. This is who you’re meeting, and this is what you’re doing’ …..  The first time I was with Alan Dershowitz was in New York, so I wasn’t actually sent to him. It actually happened at one of Jeffrey’s residences.”

“I am telling me the truth … and I have the evidence to prove it,” Mr. Dershowitz told Tucker Carlson. “And she has not a scintilla of evidence beyond her own word, which is worthless because she has such a long history of lying. She was a serial liar who does it for money and she’s continuing to do it and the media has been taken in by her. But the time has come to investigate me and her. I call to the FBI to do that.”

Mr. Trump’s name doesn’t come up during the deposition.