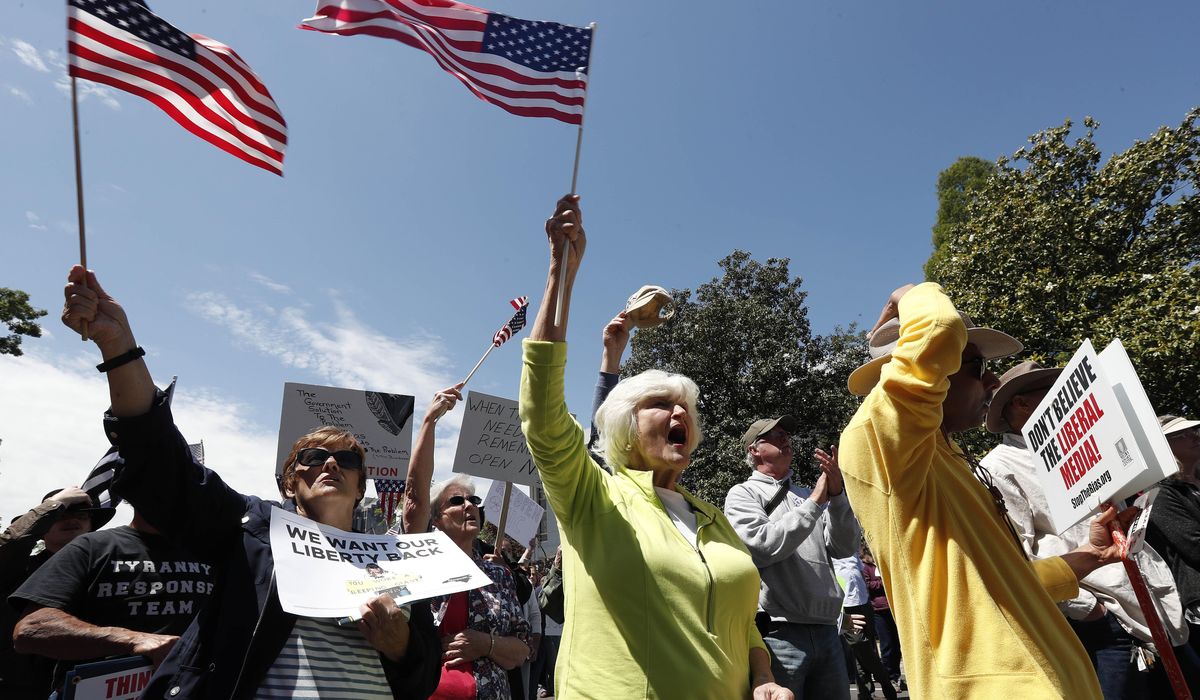 Sorry folks, the Justice Department is not in the business of issuing coronavirus mask exemption cards.

A U.S. attorney in North Carolina issued an alert this week saying that the cards that have been popping up are bogus, and despite the wording on the card they are not official Justice Department documents.

The cards purport to give the bearer an exemption from the growing list of states imposing face mask mandates on residents in public.

The cards cite the Americans with Disabilities Act and something called the Freedom to Breathe Agency, and seem to be intended to use to scare businesses into allowing people to enter in defiance of mask mandates.

“Do not be fooled by the chicanery and misappropriation of the DOJ eagle,” said U.S. Attorney Matthew G.T. Martin. “These cards do not carry the force of law. The ‘Freedom to Breathe Agency,’ or ‘FTBA,’ is not a government agency.”

Similar cards have been reported in Maine, the U.S. attorney there said Friday. Those ones bear the actual Justice Department seal, which the prosecutor said is itself a federal crime.

The bogus cards in Maine state that “wearing a face mask poses mental and/or physical risk to me,” and state that businesses that violate the Americans with Disabilities Act face a fine of $92,383 for a first violation.

The Americans with Disabilities Act is the landmark law that forces businesses to accommodate customers with impairments.

A debate has erupted in online circles over whether a breathing condition can trump a coronavirus mask mandate.

As coronavirus cases surge, governors are rushing to add or reimpose mask mandates to their policies.

North Carolina Gov. Roy Cooper announced a mandate earlier this week, saying that anyone out in public who cannot maintain a six-foot distance from people from other households must have a face covering. The mandate applies to both indoor and outdoor public spaces.

It’s quite a turnaround for a state that has for decades had a law on the books banning wearing of masks in public — an attempt to crack down on the Ku Klux Klan.