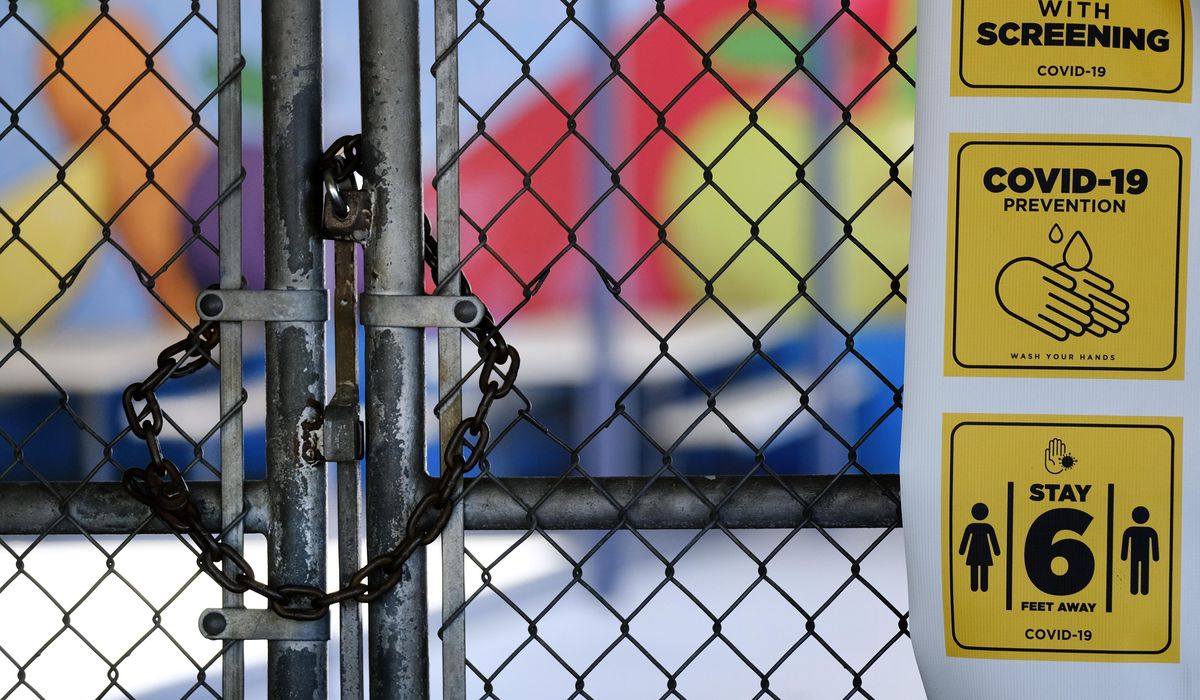 The Trump administration fast-tracked trial vaccines for the coronavirus Monday as states across the South and West buckled from the rapid spread of COVID-19, forcing California to close indoor dining, museums and theaters while Miami considers another lockdown.

The Food and Drug Administration said it will speed the review of two vaccine candidates from pharmaceutical giant Pfizer and partner company BioNTech. The fast-track status was granted based on preliminary data from phase one and two studies in the U.S. and Germany. The company expects to enroll 30,000 people in its next phase of trials.

In the meantime, a wide swath of America is reeling from the spread of the coronavirus, making it difficult to resume normal life and complicating efforts to reopen schools.

While President Trump continued to blame increased testing for the surge in cases, California Gov. Gavin Newsom, a Democrat, said the virus is spreading at such an alarming rate that he must close indoor activities at restaurants, wineries, theaters, zoos and museums. Bars were ordered to close completely.

He ordered an additional 30 counties to close indoor operations at fitness centers, houses of worship, malls, and hair salons and barbershops.

“COVID-19 is not going away anytime soon, until there is a vaccine and/or an effective therapy,” Mr. Newsom said. His state is averaging about 8,000 new cases a day, about double from a month ago.

California’s largest school districts, in Los Angeles and San Diego, announced they would begin the academic year with students at home despite Mr. Trump’s push to resume in-person learning.

Oregon Gov. Kate Brown, a Democrat, banned indoor gatherings of 10 or more people and required masks to be worn in public.

In Florida, Miami Mayor Francis Suarez, a Republican, said he is considering another lockdown order because of a record-shattering surge of COVID-19 cases in the state.

“We definitely saw a significant flattening of the curve when we implemented a stay-at-home order in March, April,” Mr. Suarez said on CNN. “If we get to a point where we don’t feel like we can care for the people that are getting sick, that’s something that we’re going to have to strongly look at.”

Florida on Monday reported more than 12,600 cases from the previous day, its second-highest total of the pandemic after shattering the single-day record for any U.S. state on Sunday by reporting over 15,000.

Florida Gov. Ron DeSantis, a Republican, acknowledged the “long road ahead” but said the state had secured supplies of remdesivir, a drug that has been shown to speed recovery, and still has enough hospital beds. He said the key will be maintaining hospital personnel for COVID-19 cases and other medical needs, so they are shuffling around staff.

“We can’t get swept away in fear,” Mr. DeSantis said.

He said he would like to get Florida’s 15% rate of positive tests below 10%, a threshold recommended to ensure enough cases are being diagnosed.

The virus was discovered in Wuhan, China, in December and rapidly spread to other countries. Nearly 13 million cases of COVID-19 have been reported worldwide and nearly 570,668 have died, though more than 7.1 million have recovered. The world population is about 7.8 billion.

“Let me be blunt: Too many countries are headed in the wrong direction. The virus remains public enemy No. 1,” WHO Director-General Tedros Adhanom Ghebreyesus said Monday.

With a population of 209.5 million, Brazil has emerged as an epicenter and has tallied the second-highest number of confirmed cases behind the U.S. at more than 1.8 million and 72,100 deaths.

Mr. Tedros cautioned that the pandemic is likely to get worse if countries fail to abide by suggested health care precautions.

In the U.S., cases are rising in about two-thirds of states. Mr. Trump has said the trend is partly a result of widespread testing.

“When you test, you create cases,” the president said, noting that the mortality is down overall. Therapeutics have advanced, and Southern states say many cases are concentrated in young people who are less likely to die.

Still, the surges are accompanied by hospital visits that are taxing capacity in hard-hit places such as Houston.

New York Gov. Andrew Cuomo, A Democrat, celebrated a sharp decline in cases and deaths within his state but warned residents not to get complacent as the economy continues to reopen. He said he was also worried about cases from out of state and cited a cluster in Rensselaer County that was traced back to travelers from Georgia.

Mr. Cuomo said all out-of-state visitors to airports statewide will have to fill out a form stating their travel origins and their plans within New York. Violators face a $2,000 fine.

He drew a contrast between his state, which faced a big spike before a testing system was operable and the nation realized how widespread the virus was, and states that showed upticks after nationwide lockdowns.

“They haven’t ticked up. They’ve actually gone down. So the reopening strategy has worked,” Mr. Cuomo said. “It shows that this nation can defeat COVID. There was no reason to have these states on the increase.”

Mr. DeSantis has faced criticism for his handling of the response in Florida after boasting about his efforts when the disease was more widespread in places in the Northeast.

A protester interrupted Mr. DeSantis as he began his press conference.

“You’re doing nothing,” he shouted.

In Miami, Mr. Suarez said he is hopeful that rules mandating masks in public and the rollback in some reopenings “start flattening the curve.”

Dr. Anthony Fauci, director of the National Institute of Allergy and Infectious Diseases, said it is not tenable to stay “completely shut down for a very prolonged period of time” from economic and public health perspectives.

“We need to drop back a few yards and say, ‘OK, we can’t stay shut down forever,’” he said.

Dr. Fauci, who spoke to the dean of the Stanford School of Medicine via livestream, said the U.S. didn’t shut down entirely like some other countries, and that is why COVID-19 case numbers rose, started to fall and then plateaued at a relatively high level of about 20,000 infections per day.

“As we started to reopen, we’re seeing the surges that we’re seeing today as we speak in California, in Arizona, in Texas, in Florida and in several other states,” he said.

Dr. Fauci lamented that some states moved from shutdown mode to “complete[ly] throwing caution to the wind.”

“Bars that were crowded, people without masks,” he said.

“There are things that you can do now: physical distance, wearing a mask, avoiding crowds, washing hands,” he said. “Those things, as simple as they are, can turn it around, and I think we can do that, and that’s what we’ve got to do looking forward.”

Those measures likely will be a part of life until a successful vaccine is developed.

Administration officials, citing early data, said they are confident about their push to have tens of millions of vaccine doses by the end of the year. Somewhat paradoxically, the outbreaks across the country will help scientists test trial vaccines in areas of live transmission.

Pfizer called its fast-track status “an important milestone” in working alongside the FDA to develop safe and effective shots. It is one of several prominent players in the race for the vaccine.

The federal government is spending billions of dollars to support the companies and secure millions of doses of any successful candidate.

Administration officials have said that while a successful shot is not guaranteed, they are confident they can produce one by the end of the year or early next year.

Amesh Adalja, a senior scholar at the Johns Hopkins Center for Health Security, said there is no “biological barrier” to developing a vaccine to the pathogen, citing effective shots for other coronaviruses within veterinary medicine.

“When the vaccine appears, it will likely be tiered with health care workers and high-risk individuals prioritized,” he said, “similar to the process with the 2009 H1N1 pandemic influenza vaccine.”