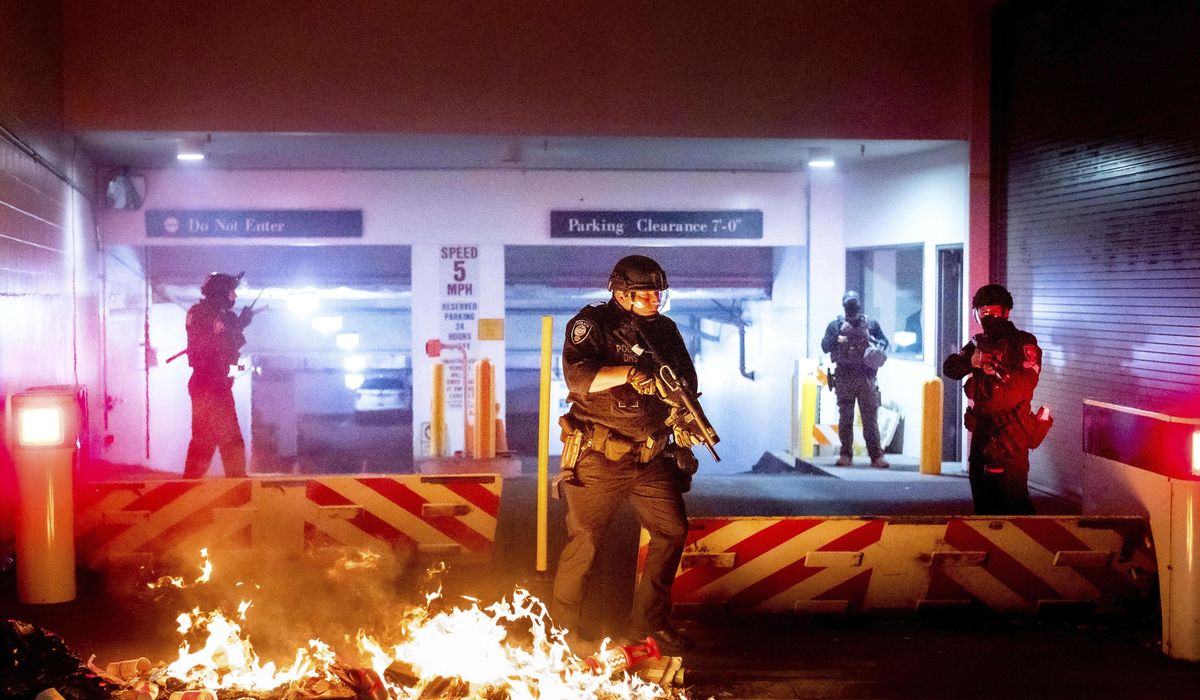 A federal appeals court late Thursday halted a lower judge’s ruling that the Justice Department said had tied the hands of law enforcement trying to quell riots in Portland, Oregon.

The 9th U.S. Circuit Court of Appeals said the judge’s order directing federal agents and officers to try to discern reporters and legal observers among the unrest and avoid targeting them as they dispersed crowds, was unworkable and showed a “lack of clarity.”

“The Ninth Circuit’s decision is an important step that will allow federal officers to continue carrying out their important security responsibilities without being subject to untenable conditions,” said Attorney General William P. Barr.

Violence on the streets of Portland, a near-nightly occurrence over the last three months, has been accompanied by an equally intense legal battle in the courts over protesters’ rights and how law enforcement has responded.

Judge Michael H. Simon, an Obama appointee to the bench, ruled that law enforcement must try to avoid snaring journalists and legal observers as it clears rioters. When told that some protesters were using “PRESS” markings to shield themselves, he pondered making the American Civil Liberties Union license reporters so authentic ones could be clearly marked.

He backed away from that idea, but has ordered the Justice Department and the ACLU to try to work out sports jersey-style number markings on federal law enforcement uniforms so authorities can later attach names to people seen using excessive force against reporters or legal observers.

The appeals court, in its 2-1 ruling, said those efforts to come up with a numbering system for agents and officers can continue.

But the court said ordering them to try to figure out and avoid targeting reporters, who often are embedded with rioters, was not possible.

Mr. Barr, in a blistering statement Friday, said city officials could solve the problem on their own by stepping up their policing.

“Instead, the city government has abetted the violence through action and inaction, neutered the ability of the police department to deal with the mobs, impeded the ability of police to coordinate with federal law enforcement and refused to pursue charges against the rioters,” the attorney general said.

He pointed out federal prosecutors have had to step in, bringing charges against 74 people ranging from arson to assaulting officers.

“The message should be unmistakable: The First Amendment protects the rights to speak and assemble, but not to attack people or property,” Mr. Barr said.

Other legal fights are still brewing.

The ACLU this week led a lawsuit against President Trump and the Homeland Security Department arguing the July deployment of additional agents and officers to protect the federal courthouse from riots was illegal.