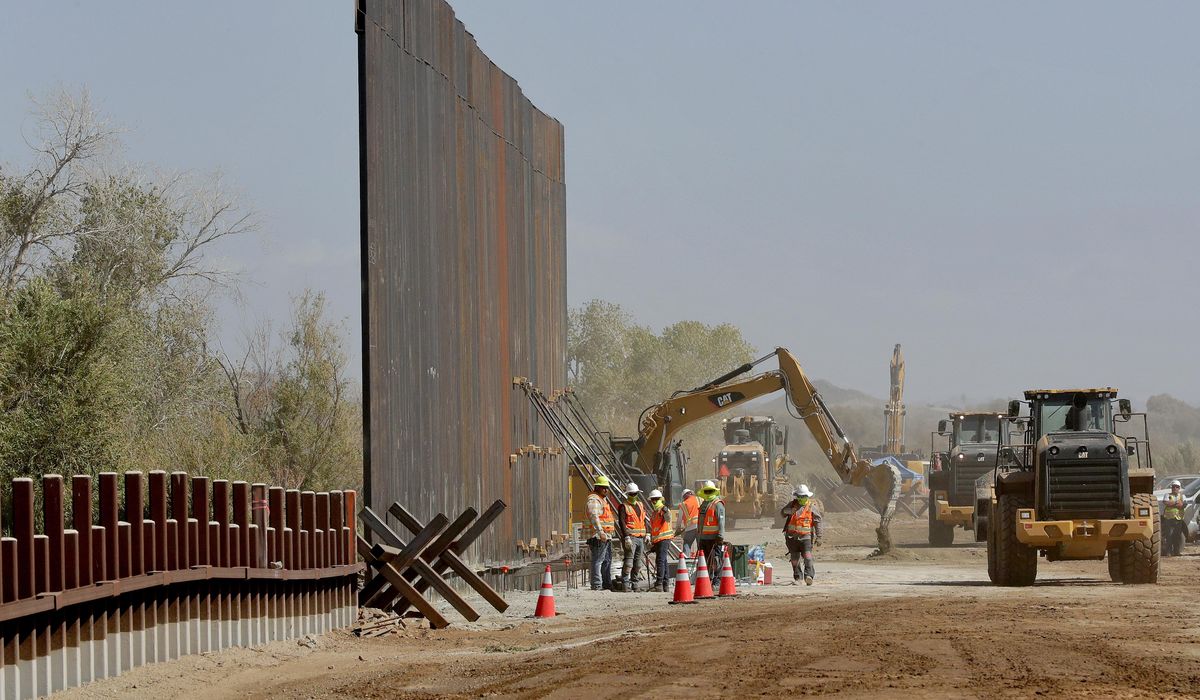 The House of Representatives can sue President Trump over his move to siphon funding from Pentagon accounts toward his border wall plans, a federal appeals court ruled Friday, delivering a major statement on where the power of the purse lies in American government.

The ruling does not halt construction of the wall.

But it does give Speaker Nancy Pelosi and her fellow Democrats a new chance to argue in court that Mr. Trump illegally shifted funds to build the wall, which could curtail future construction, should they prevail.

The Circuit Court of Appeals for the District of Columbia, in a unanimous three-judge ruling, said money spent without the House’s agreement is a specific injury to the House, and as an institution it has the right to sue.

“Failure to recognize that injury in fact would fundamentally alter the separation of powers by allowing the Executive Branch to spend any funds the Senate is on board with, even if the House withheld its authorizations,” wrote Judge David B. Sentelle, a Reagan appointee.

He was joined by two Obama appointees.

Their decision overturns a lower court decision that said the House didn’t have standing.

Mr. Trump had asked for at least $5 billion in border wall money for fiscal year 2019, and sent the government into a partial shutdown to try to get his way, but eventually caved and signed a bill allocating only $1.375 billion

But he then issued directives to shift more than $6 billion in money from Pentagon accounts toward wall-building.

He repeated that same maneuver for fiscal year 2020 as well.

Challenges have been filed in courts across the country and Mr. Trump has lost in most of them, though the Supreme Court has ruled construction can continue while the cases make their way through the process.