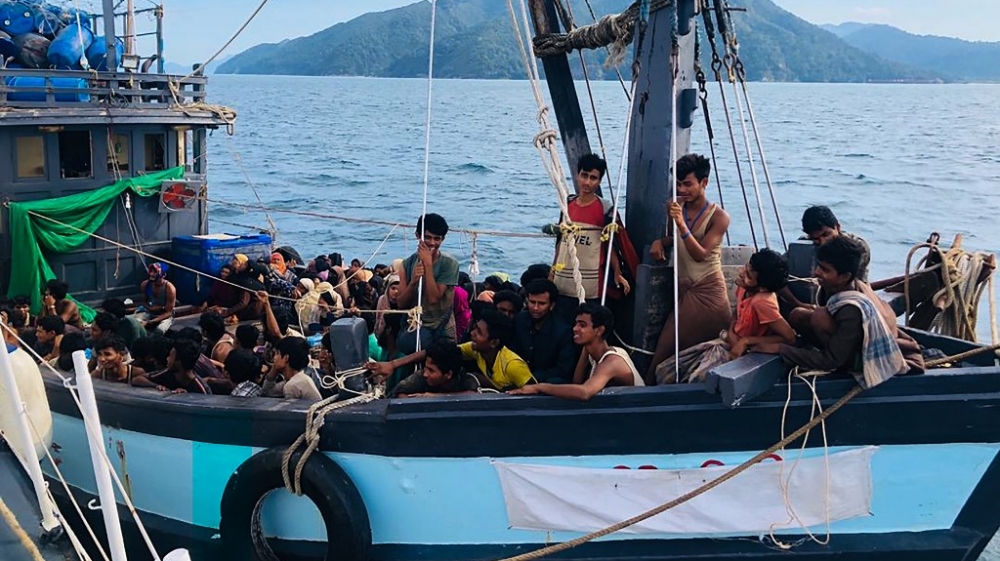 An appeals court in Malaysia has overturned a lower court ruling sentencing 27 Rohingya men to be caned, saying their refugee status affords them international protection from persecution.
Collin Andrew, a lawyer representing the refugees, told Al Jazeera on Wednesday the sentence of caning imposed in June had been “set aside” by High Court Judge Arik Sanusi, and the refugees were ordered to be released to the United Nations refugee agency.
“I welcome this honourable decision taken by the high court in promoting and protecting human rights,” Andrew told Al Jazeera following the hearing.
In his ruling, the judge also said the people charged were not habitual offenders, and had not committed any acts of violence, and as such, it was “inhumane” to impose a sentence of caning.
The court said the punishment would only add to their suffering as refugees.
In June, a court on Malaysia’s Langkawi island sentenced 40 Rohingya refugees to seven months in jail for arriving in the country by boat without a valid permit.
Twenty-seven of the men were later sentenced to caning as well as jail time by a lower court.
Among those who were senteced were six Rohingya individuals who were teenagers. As they are due to complete their sentence on July 27, the court made an additional order that they be released to UNHCR upon completion of their sentence.

Earlier, human rights groups called on the Malaysian court to drop the sentence, calling the punishment cruel and inhumane.
Save The Children also called on the Malaysian government to address the situation of the under-age refugees.
“All refugee children have the right to be safe, educated, healthy and be sheltered, yet they are currently denied these rights,” said Shaheen Chughtai, Asia Regional Advocacy Director for Save the Children.
Malaysia has long been a favoured destination for the Muslim-majority Rohingya who has suffered decades of discrimination in Myanmar. The International Court of Justice (ICJ) in The Hague is currently investigating allegations of genocide against Myanmar over its treatment of the Rohingya, hundreds of thousands of whom fled the western state of Rakhine amid a brutal military crackdown in 2017.
Refugee rights
Malaysia is not a signatory to the UN convention on refugees and has recently turned away boats and detained hundreds of Rohingya.
Human Rights Watch (HRW) said Malaysia should ensure the refugees “are protected in accordance with international law”.
“Malaysia is unlawfully treating as criminals people who fled atrocities in Myanmar,” Phil Robertson, deputy Asia director at HRW said in a statement. “Rohingya arriving by boat should be considered as refugees who have a right to protection under international law.”
As of the end of June, there were some 177,940 refugees and asylum-seekers registered with the UNHCR in Malaysia. Most are from Myanmar, including 101,320 Rohingya.

“Malaysia’s jailing of #Rohingya refugees is bad enough, but subjecting them to the torture of caning shows little regard for their basic humanity,” says @hrw’s @Reaproy today. The #Malaysian government must stop persecuting refugees. Our latest: https://t.co/LDkK3GrHkT pic.twitter.com/AbcANtpWCB
— Stephanie McLennan (@StephMcLennan) July 22, 2020

Under Malaysia’s Immigration Act, anyone who illegally enters the country can face a 10,000 ringgit ($2,345) fine, a jail term of as long as five years as well as six strokes of the cane.
Lawyers have also sought a review of a case against six Rohingya teenagers, including two girls, who Andrew said had been wrongly tried and convicted as adults.
This month, the court dismissed a case against 51 Rohingya minors who were also charged for violating immigration laws, he said.
Continue Reading…