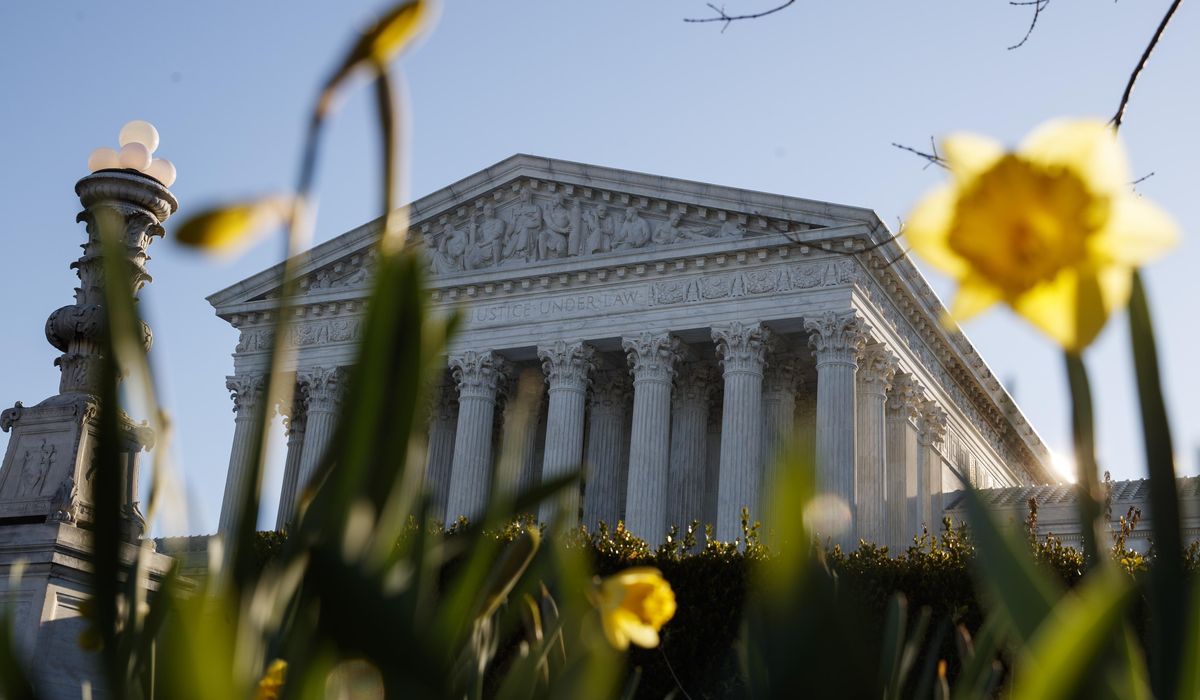 President Trump and Democratic presidential nominee Joseph R. Biden quickly moved to capitalize on the enthusiasm of their party bases for filling a vacancy on the Supreme Court, hauling in a wave of campaign contributions and strategizing messaging to boost voter turnout.

Both parties are fired up after the death of Supreme Court Justice Ruth Bader Ginsburg on Friday.

Mr. Trump on Monday said he had a shortlist of five female candidates for the nomination, with four federal appeals court judges and one member of his White House legal team in the mix.

“I’m just doing my constitutional obligation. I have an obligation to do this. So I would rather see it before the election.”

The president’s pick of a woman for the high court, which he is expected to announce Friday or Saturday would potentially appeal to the female voters he has struggled to win over.

That’s just one calculation in the nomination game.

Mr. Biden, meanwhile, is revving up his base with a warning that Mr. Trump’s picks will jeopardize abortion rights and Obamacare health coverage.

“You think like Trump [then] you try to take away health care from 20 million Americans in the middle of this pandemic,” Mr. Biden said while campaigning in Wisconsin. “He’s in court today trying to get that done.”

He said this week that millions of Americans are already voting early because they don’t want to see the Supreme Court overturn the 1973 Roe v. Wade decision that guaranteed abortion rights.

Of course, Mr. Biden is hoping the Republican Senate majority can’t muster enough votes to confirm a nomination before the Nov. 3 election. Then he can make the case that if he wins, he should be the one to name a replacement for the late liberal icon and keep the high court’s 5-4 ideological split intact.

Sen. Joe Manchin of West Virginia, the only Democrat who voted to confirm Justice Brett M. Kavanaugh, said that he’s in favor of waiting until after the election, meaning the GOP likely cannot count on bipartisan support for whatever path they choose.

But Sen. John Cornyn, Texas Republican, said Mr. Trump’s loss in November wouldn’t stop them from confirming his nominee during a lame-duck session.

Asked on CNN if Republicans would hold a lame-duck confirmation vote before Mr. Biden’s inauguration, Mr. Cornyn said: “You mean while we’re still in our term of office, and President Trump is? Of course.”

Angling to avoid that necessity, Mr. Trump is calculating which Supreme Court pick could put Senate Democrats on the defensive now and potentially galvanize conservative voters in battleground states.

• Judge Allison Jones Rushing of the 4th U.S. Circuit Court of Appeals; and

“All of those have really great stories behind them,” said Carrie Severino, chief counsel of the Judicial Crisis Network, which is planning to spend $2.2 million on an ad blitz backing Mr. Trump’s high court nominee.

At least two of the women — Judge Barrett and Judge Lagoa — are Catholic. Their faith would appeal to Mr. Trump’s pro-religious liberty base but also supply ammunition to pro-choice opponents.

Judge Barrett’s Catholic faith caused a dust-up with Senate Democrats during her confirmation to the appeals court. The top Democrat on the Senate Judiciary Committee, Sen. Dianne Feinstein of California, told her the “dogma” lives loudly within her.

Conservatives see that type of anti-Catholic and anti-Christian bias as a hurdle for Democrats to overcome with voters ahead of November. Ms. Barrett also met with the president on Monday.

But nominating a Catholic is not necessarily unique. Mr. Trump’s last Supreme Court pick, Justice Kavanaugh, is Catholic, as are at least two other justices on the bench.

Matthew Schmidt, a political science professor at the University of New Haven, noted 30% of voters in Pennsylvania — a critical swing state — are Catholic and there’s also a large number of Catholics in Florida, which has 29 electoral college votes.

“But Catholics aren’t monolithic as a voting bloc,” he warned. “And given that many voters have already voted, the effect of a SCOTUS battle takes place in a smaller subset of voters.”

Conservatives also view Judge Lagoa, who is the child of two immigrants who fled Fidel Castro’s regime in Cuba, as a viable option for the president. She is Cuban-American and was the first Hispanic judge to sit on the Florida Supreme Court. Mr. Trump tapped her last year for the 11th Circuit.

Picking Judge Lagoa could help the president court some Hispanic voters in critical swing states such as Florida, which is also her home state.

Similarly, picking Judge Larsen could help Mr. Trump in her home state of Michigan, and Judge Rushing in North Carolina, other key battlegrounds.

“In a close state, if there is a modest increase it can be helpful,” said G. Terry Madonna, the director of the Center for Politics and Public Affairs at Franklin and Marshall College.

As the president is weighing which nominee could resonate best with his base, Mr. Biden has shown no signs of departing from his statements during the primary in which he warned against expanding the number of seats on the Supreme Court.

The move to pack the court has been called for by many progressives if Democrats gain control of the House, Senate, and White House next year.

Instead, Mr. Biden and his running mate, Sen. Kamala Harris of California, honed in on the potential real-world consequences that a 6-3 conservative majority on the court would have on issues like health care and abortion.

The Supreme Court is set to hear oral arguments in a challenge to Obamacare the week after the election.

“We now have almost 7 million people who are going to have the preexisting condition of COVID who if Donald Trump wins his lawsuit could be barred from having coverage,” Ms. Harris said. “This is real. This is real stuff.”

Toeing the ticket line, Ms. Harris punted when asked about expanding the court and who specifically she wants to see replace Justice Ginsberg.

“I am focused on the next 43 days,” she said during an appearance on Instagram Live with journalist April Ryan.

Mr. Biden’s focus is a stark contrast to the approach from some liberals, who are floating everything from packing the court to launching impeachment proceedings to try to push back on Mr. Trump and the Republicans.

Sen. Elizabeth Warren of Massachusetts called for the end of both the legislative filibuster and the Electoral College, which has been in liberal crosshairs for some time.

“If Republicans disregard their own made-up rules to steal a second Supreme Court seat after ramming through the Kavanaugh nomination, after short-circuiting that process as well, Leader Schumer is right: everything should be on the table,” said Ms. Warren, a former 2020 presidential candidate.

She spoke as part of a kickoff event for Just Democracy, a new coalition of liberal advocacy groups calling for adding seats to the Supreme Court, abolishing the filibuster and the Electoral College system, and granting statehood to Washington, D.C.

Democratic strategist Scott Ferson said Mr. Biden is smart to layer in other real-world issues at stake in a court fight, like environmental protections and immigration rights, rather than talk about process issues like abolishing the filibuster.

“There are people out there doing that,” Mr. Ferson said. “He doesn’t need to.”