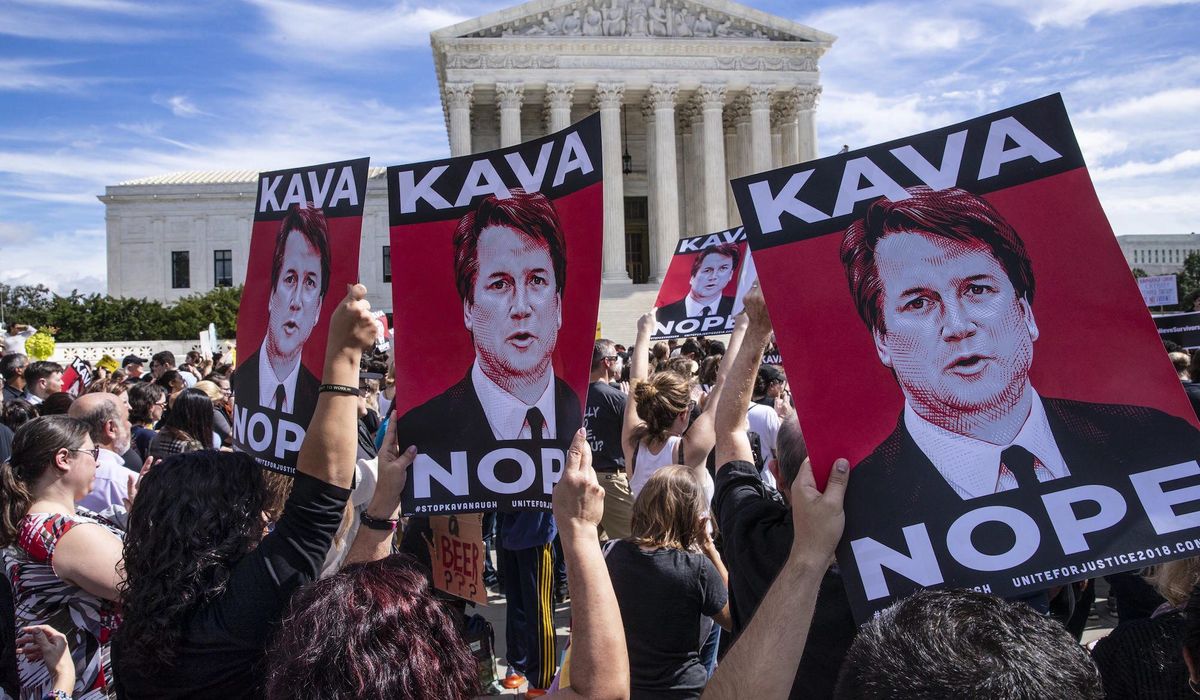 President Trump hadn’t even announced his Supreme Court pick this weekend yet a whisper campaign had already developed against Judge Amy Coney Barrett questioning whether her adoption of two Haitian children was on the up-and-up.

Tactics formerly reserved for only the nastiest of political campaigns have in recent years bled over into battles for the judiciary, breaking down one of the last walls of decency in a town not known for it.

It used to be quite different.

One of President Kennedy’s nominees was announced in late March 1962, and about two weeks later was sitting on the high court.

Even as late as the Clinton administration, a former ACLU lawyer — Justice Ruth Bader Ginsburg — could win confirmation to the Supreme Court on a 96-3 vote in the Senate, just 42 days after her nomination was submitted.

Republicans, who control the chamber now, have vowed to try to match that pace, though they have no hope of coming close to that near-unanimous vote of support for Judge Barrett.

The Congressional Research Service says things have gotten worse since the late 1960s, when a series of fights over the nominees of President Richard Nixon ushered in a new era.

Over nearly 200 years before that, it took about a week for the Senate to receive a nominee, sometimes hold hearings, then vote. Since 1967, that time has soared to an average of 68 days.

And it’s not just because of big-time showdowns. While blowups over Judge Robert Bork and Justice Clarence Thomas are well-remembered, there were also legislative knife fights over picks like Justice Samuel A. Alito Jr., a nominee of President George W. Bush, who waited 82 days for confirmation and had to survive an attempted filibuster.

Curt Levey, president of the Committee for Justice, said as the court has inserted itself deeper into social issues, Americans — and the politicians they elect — have grown more combative over picking who’s making those decisions.

The battle over Justice Ginsburg’s seat was raging even before Judge Barrett was announced Saturday as the nominee to fill it.

Republicans are speeding to get her approved, with a timeline of acting before the Nov. 3 election. Democrats say that timetable’s a thing of the past, and it should take months to approve a nominee.

And in this case they say any action at all is hypocritical after Senate Republicans just four years ago refused to act on President Obama’s nominee, Judge Merrick Garland, citing the looming election in blocking him for almost a year.

The treatment of Judge Garland is still very fresh in the minds of Democrats.

“Garland was simply an extension of how politicized the court has become. It was a naked abuse of the process to deny a good man even a hearing,” said Jim Manley, a veteran Democratic operative who worked for Sens. Edward M. Kennedy and Harry Reid when they were involved in fights over judges.

Mr. Manley said after what the GOP did to Judge Garland, if they now speed Judge Barrett through, Democrats must “strongly consider” expanding the high court, should they take control of the White House and Senate in November’s elections.

Republicans say they won’t be lectured on treatment of judges.

Indeed, analysts looking for a start to the nastiness often point to how Democrats approached Bork’s nomination in 1987.

A high-powered legal mind and appeals court judge, Bork was deemed “well-qualified” for the high court by the American Bar Association.

But Kennedy delivered a withering repudiation of his judicial philosophy in a famous floor speech, challenging Democrats, who controlled the chamber, to reject him. Everything from his legal writings to his personal video-rental history became fodder.

Bork’s nomination was defeated on a 58-42 vote, and “to bork” joined the lexicon as a term for unfair treatment of a nominee.

Four years after the first borking, Justice Thomas’s nomination arose and then-Sen. Joseph R. Biden led the Senate in a set of hearings over allegations of sexual harassment. Justice Thomas survived the process and was confirmed on a 52-48 vote.

Mr. Graham, who as Judiciary Committee chairman will oversee Judge Barrett’s confirmation process, said four years ago that he would never move forward with a nominee in a presidential election year.

The treatment of Justice Kavanaugh changed his mind, he says.

Mr. Trump’s previous high court pick was forced to go through a second round of hearings after a woman came forward saying he’d sexually assaulted her in high school. Other women followed.

None of the major accusations was substantiated, and the first woman’s own account was disputed by those she said were present. Justice Kavanaugh squeaked by on a 50-48 vote.

Judging by the numbers, GOP picks have indeed had a rougher go than Democratic nominees.

Democrats over that time have submitted four high court nominees. All of them have been confirmed, they were pending for an average of 67 days, and they were approved with an average of 79 votes in support.

And no Democratic president’s picks have ever faced an attempted filibuster. Six Republican picks have.

“For better or worse, Democratic presidents have usually tried to thread the needle by nominating relatively moderate candidates for the court. Republicans on the other hand oftentimes have picked very controversial nominees with very conservative views,” he said.

Mr. Levey saw a different explanation: “The Democrats are just better at, or more prone to, I’m not sure which, the politics of personal destruction.”

He said Republicans have been more deferential to Democratic presidents in the past, but he said that may have been undone by the treatment of Justice Kavanaugh.

“We may look at the days between Bork and Thomas and Gorsuch as the good old days, because a lot of people are angry about Kavanaugh on both sides of the aisle,” he said. “We maybe in for a period that makes 1987 through a few years ago look tame.”

Mr. Levey said there have been some windows of intense court battles before.

The years before the Civil War saw a number of presidential picks defeated or forced to withdraw. And during the New Deal era the court was also a battleground. Then, as now, Democrats talked of stacking the panel with more justices in order to change the playing field.

Today’s nastiness can be broken into two categories: the norm-breaking, and the rule-rewriting.

An example of norm-breaking began in 2003, when Democrats launched filibusters of President George W. Bush’s appeals court nominees. The first target was Miguel Estrada, a young superstar lawyer whom Democrats called “dangerous” because he was on track to become the first Hispanic Supreme Court justice.

After waiting more than two years, Mr. Estrada withdrew his nomination. During the confirmation fight, his wife suffered a miscarriage.

A decade later, the GOP used the same tactic on some of President Obama’s nominees. Then-Majority Leader Harry Reid, Nevada Democrat, engaged in rule-rewriting, using the “nuclear option” to defang the filibuster for all presidential nominees save Supreme Court picks.

When Mr. Trump took office and Democrats launched the first-ever successful partisan filibuster of a Supreme Court nominee, the GOP followed Mr. Reid’s lead and used the nuclear option to complete the rules change for high court picks, too.