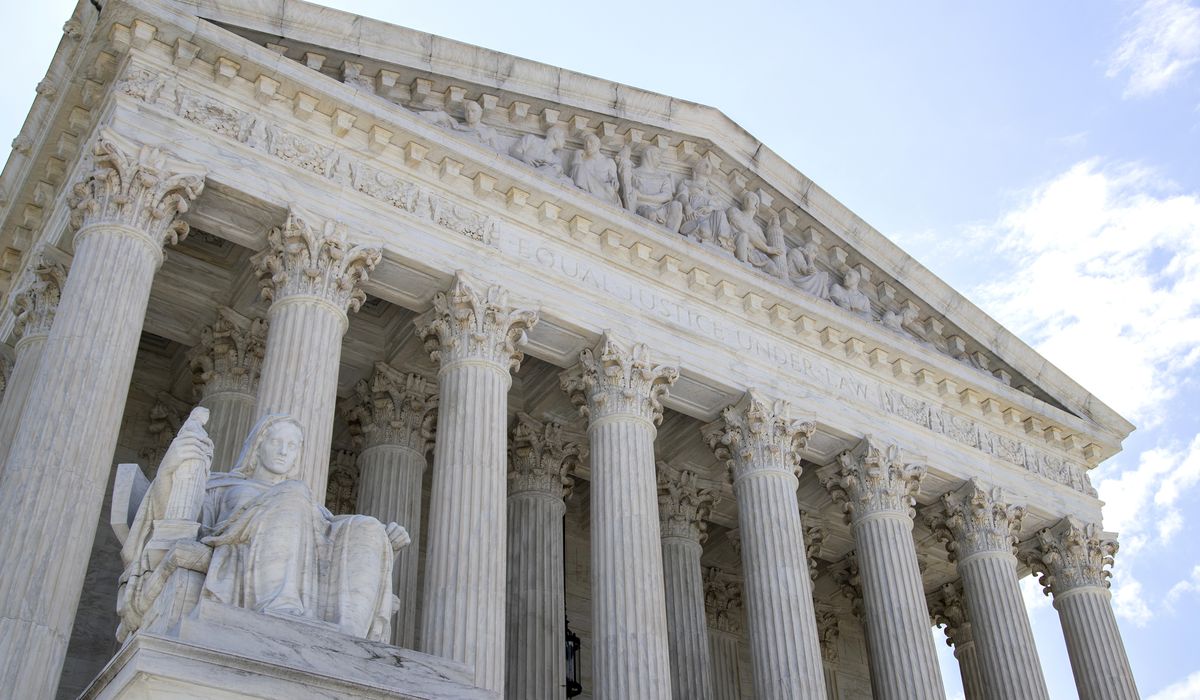 The Supreme Court said Friday that President Trump can continue to build the border wall even as legal challenges work their way through lower courts, rejecting a demand by the ACLU and environmental groups for an immediate halt.

Those challengers say Mr. Trump is speeding construction and without a halt, he’ll have built hundreds of miles, even though the legality of his funding decisions is still very much in question.

But the justices, in a 5-4 decision, rejected that request. The four Democrat-appointed justices dissented.

A federal appeals court in California recently became the latest to rule that Mr. Trump broke the law, trampling on core constitutional powers, when he went around Congress and siphoned money from Pentagon accounts to go into wall building.

That follows other courts that have reached the same conclusions.

“Every lower court to consider the question has ruled President Trump’s border wall illegal, and the Supreme Court’s temporary order does not decide the case,” said Dror Ladin, a lawyer at the American Civil Liberties Union, which is part of one of the challenges. “We’ll be back before the Supreme Court soon to put a stop to Trump’s xenophobic border wall once and for all.”

He said if they win the case, they’ll seek to pull down the parts of the wall that have been erected.

Mr. Trump argues that while Congress didn’t give him the money he sought, it never explicitly barred him from moving funds based on other powers that are granted him elsewhere in the law.

As of last week, the administration had erected 256 miles of new wall. Just four of those miles sealed off previously unprotected parts of the border, while most of the rest has gone to replace outdated fencing and vehicle barriers.