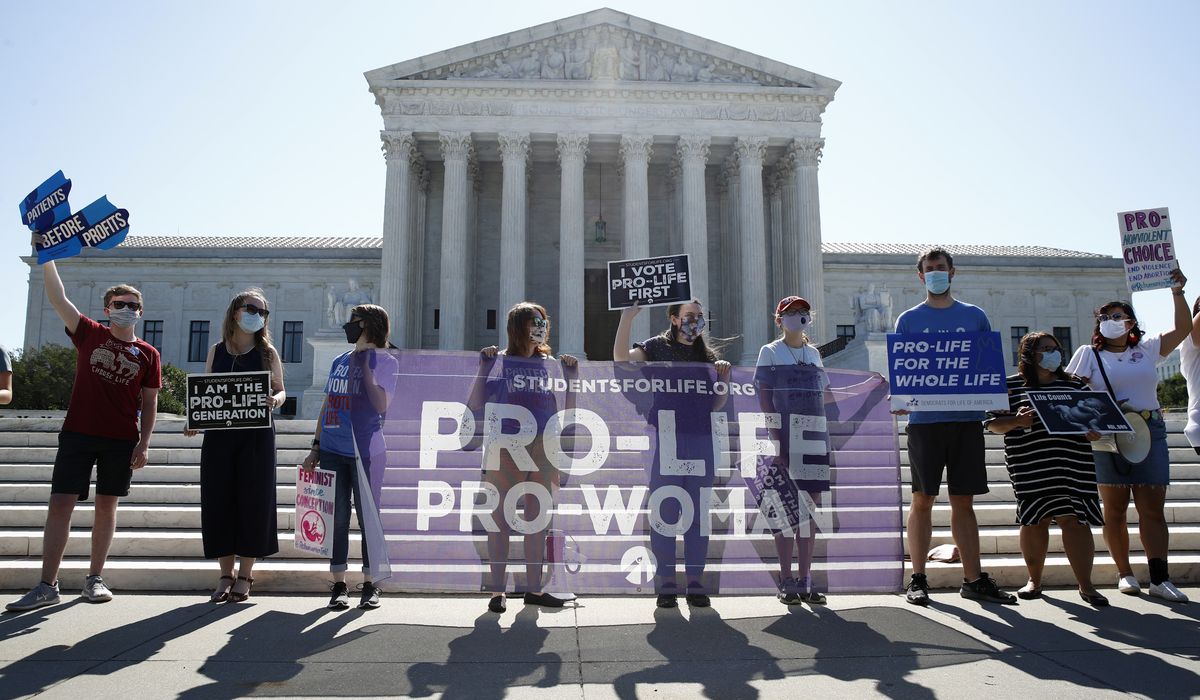 The Supreme Court ruled Monday Louisiana could not require doctors performing abortions to have admitting privileges at nearby hospitals.

The ruling was 5 to 4 with Chief Justice John G. Roberts Jr., a Bush appointee, joining the liberal wing of the court in ruling for the abortion providers.

The high court considered whether the state law violated the constitutional rights of pregnant people. The state said the law is to protect patients’ health in case of emergencies but abortion providers said it impinges on the right to access reproductive and abortion services.

The law required providers to have credentials and access to a hospital within 30 miles, similar to the Texas law that was struck down by the high court four years ago.

Justice Roberts pointed to the earlier case when deciding to reject the Louisiana law.

Louisiana officials, though, said it differed from the Texas law in its effect, reasoning in Texas about half of the state’s abortion providers would close due to the restriction, leaving a drastic distance between various clinics for women in the large state.

Unlike Texas, though, Louisiana officials said their law wouldn’t have such a drastic effect.

Justice Stephen G. Beyer, who authored the opinion for the court’s majority, disagreeing with Louisiana’s lawyers, saying all but one of the state’s abortion clinics could be shuttered.

“The record here establishes that [the law’s] admitting-privileges requirement places a substantial obstacle in the path of a large fraction of those women seeking an abortion,” he said.

The conservative wing of the court, meanwhile, said the abortion providers did not have sufficient legal injury to bring the case, saying the doctors and abortion clinics are wrongly asserting the legal rights that belong to their patients.

“The idea that a regulated party can invoke the right of a third party for the purpose of attacking legislation enacted to protect the third party is stunning. Given the apparent conflict of interest, that concept would be rejected out of hand in a case not involving abortion,” wrote Justice Samuel A. Alito Jr. in his dissent.