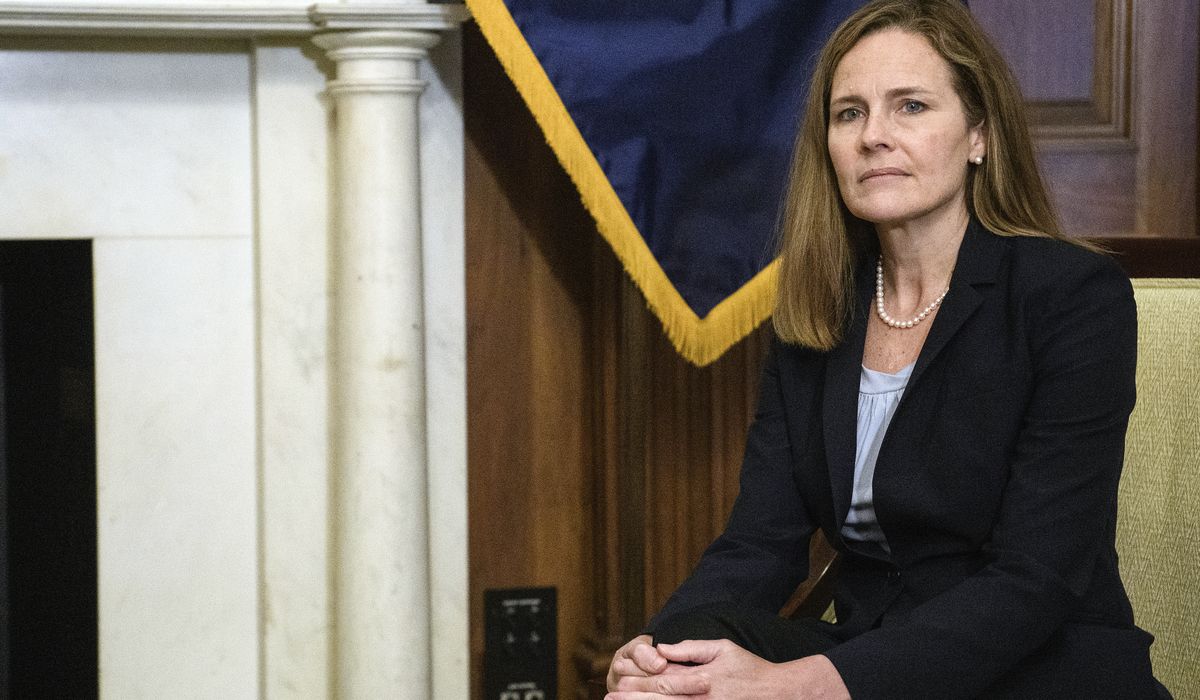 Congress is a broken, fading, branch of government. Fortunately, if she is confirmed, federal appeals court Judge Amy Coney Barrett will help fix that and strengthen Congress.

In the last 50 years, as members of Congress have become distracted by raising money and getting on television, they have produced less actual product — legislation — and what they have produced has lacked precision and specificity. In most cases, Congress has simply left the details of legislation both small and large to the discretion of the executive branch agencies.

Agencies, run primarily by career bureaucrats, have been all too happy to take the power Congress has ceded to them. The courts, left to try to make sense of complicated issues, have deferred to agency “expertise.” More specifically, federal courts have formalized this deference in two particular dimensions.

First, courts now give deference to agencies in interpreting the laws under which the agencies operate. As you might imagine, the agencies tend to interpret those laws in ways that expand their power and jurisdiction. The agencies also tend to make the laws as elastic as possible, stretching them to address all kinds of things that the original legislative text didn’t even imagine. Going back to Congress to get more authority is never the first option.

Second, the courts defer to the agencies’ interpretation of their own regulations. This is an obvious pathology. It creates a system in which agencies, having already created much of their jurisdiction from whole cloth, are given deference in determining the precise contours of that jurisdiction.

The good news is that a Supreme Court including Judge Barrett would scrap both deferences at the earliest possible opportunity. As a practical matter, that would require Congress to update statutes and to provide granular legislative text and direction to agencies. Lawmakers would have to make decisions that they now pass off to unelected bureaucrats.

It also would require Congress to return to a semblance of regular order. If legislative text actually means something, rather than simply be a prompt for agency rulemaking, it would need to go through a meaningful deliberative process — subcommittees, committees and amendments on the chamber floor. When lawmakers are responsible for actual policy outcomes — rather than being able to shift responsibility to someone else — congressional leadership will be unable to simply throw a 1,000-page bill on the floor unread and unexamined.

In short, by getting rid of misguided judicial deference to executive branch decisions, the Supreme Court can re-energize and restore the legislative branch. That would go a long way to reestablishing the idea that voters have an important say in the decisions of government.

There are, unfortunately, people who want the status quo to remain the status quo. Over the next few weeks, some in the Senate will try to get Judge Barrett to commit to this or that or recuse herself from various issues.

Before she joins the court (assuming she is confirmed), Judge Barrett will take two oaths. One is a judicial oath that she will administer justice impartially. The other is the same one all federal officials take — to support and defend the Constitution against all enemies foreign and domestic and to bear true faith and allegiance to the same. She will take no pledge to preserve precedent, bend to fashion, or respond to the loudest barking dog.

• Michael McKenna, a columnist for The Washington Times, is the president of MWR Strategies. He was most recently a deputy assistant to the president and deputy director of the Office of Legislative Affairs at the White House.