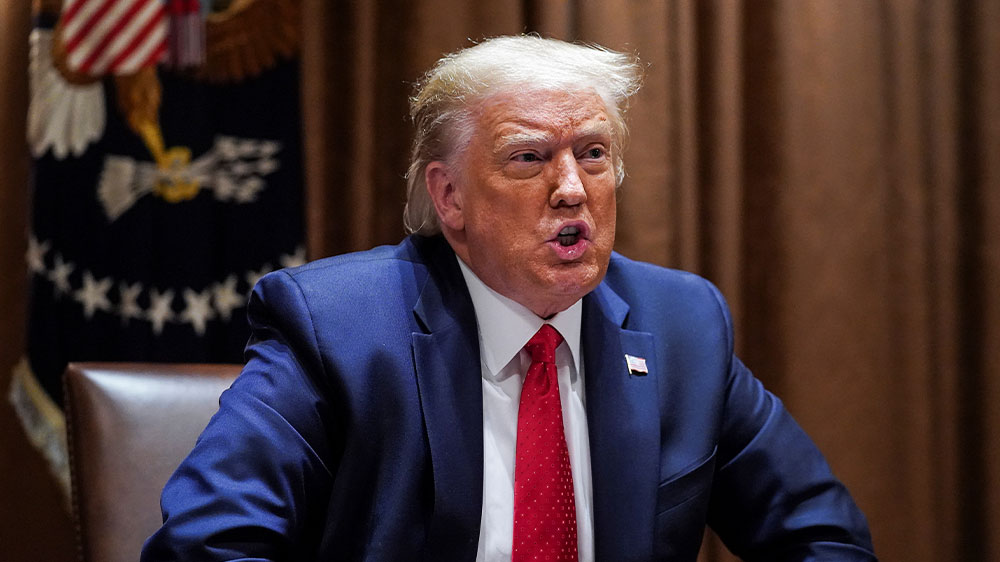 Two United States Supreme Court decisions delivered on Thursday a legal path for the eventual release of President Donald Trump’s financial records.
Whether the information, which could be damaging for the president, will come out before November’s presidential election is unclear, lawyers and politicians said.
“These two opinions are very dark clouds for the president,” said Gene Rossi, a former federal prosecutor now in private practice in Washington, DC.
“The opinions reject the argument that he has this global immunity from prosecution or service of process,” Rossi told Al Jazeera.
In a pair of 7-2 decisions, the Supreme Court ruled that a New York state grand jury could get Trump’s financial records and sent back to a lower court enforcement of a subpoena by Congress.
Manhattan District Attorney Cyrus Vance Jr, and a House of Representatives committee had subpoenaed Trump’s accounting firm Mazars USA LLP for 10 years of his financial records. Trump claimed his position as president gave him broad protection of “absolute immunity” from investigation by Congress and the New York prosecutors.
The court rejected that claim and ruled Trump is subject to the subpoenas but left open an avenue for the president to argue the legal requests for documents should be limited because they were issued in bad faith or for political motives.
“No citizen, not even the president, is categorically above the common duty to produce evidence when called upon in a criminal proceeding,” Chief Justice John Roberts wrote in the court’s opinion.
Two justices appointed by Trump, Brett Kavanaugh and Neil Gorsuch voted with the majority against the president in both rulings. Former Attorney General Eric Holder in the Obama administration praised the decision on Twitter.

Bottom line: no one is above the law, criminal investigators and Congress can acquire the materials sought. Politically savvy – and legally correct – decisions.
— Eric Holder (@EricHolder) July 9, 2020

At the White House, Trump spokesperson Kayleigh McEnany said the court’s decisions were a “big win” because the cases were remanded back to district courts.
“The president has an ample arsenal of arguments that he can make,” McEnany told reporters at a news conference.
The Manhattan prosecutor is a Democrat, and Democrats in the US Congress were pursuing the investigations solely for “partisan” reasons, she said.
Those legal arguments, however, are not strong, said lawyers who have been critical of the president’s legal claims.

Members of the news media gather outside the US Supreme Court, where justices made it clear that President Donald Trump cannot evade criminal investigations, ruling that a prosecutor in New York City can obtain Trump’s financial records including tax returns, July 9, 2020 [Leah Millis/Reuters]

“The idea that he can simply assert that this is harassment, that it’s politically motivated in the absence of any proof whatsoever is not going to help him very much,” said Laurence Tribe, a constitutional scholar at Harvard Law School.
“The president and his people are grasping at straws to find anything they can to indicate this was not as thorough a rout as it was,” Tribe told Al Jazeera.
Trump’s claims will not gain him “leverage” in the lower courts, he said.
When the decisions were announced, Trump lashed out with seven tweets on Twitter, arguing he was being treated unfairly and was being persecuted for political reasons.

BackPage 1 of 2Next →
In this article:court, Supreme