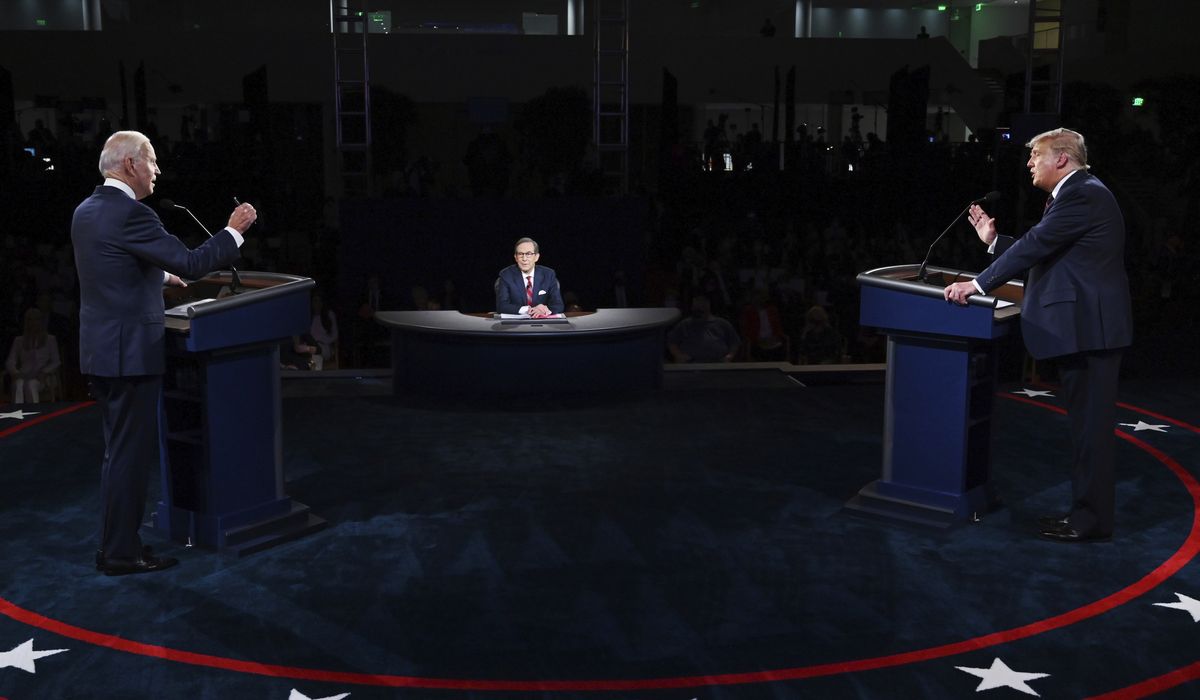 JOE BIDEN — He got through it without a major mental meltdown or one of his eyeballs exploding.

CLOWNS — They almost never get a shout out at a presidential debate.

ILLEGAL IMMIGRANTS — They flew under the radar in this debate.

HUNTER BIDEN — His dad scrambled to defend him and his sweetheart deals. On his drug problems, Joe Biden offered that, “He got over it.”

CHRIS WALLACE — He both lost control of the debate and alienated Trump supporters who saw him as a biased referee.

PRESIDENTIAL DEBATES — Love it or hate it, this one is going to be tough to top.

FACE MASKS — Only Jill Biden bothered to don one.

OBAMACARE — Mr. Trump and Mr. Biden both said they could do it better.