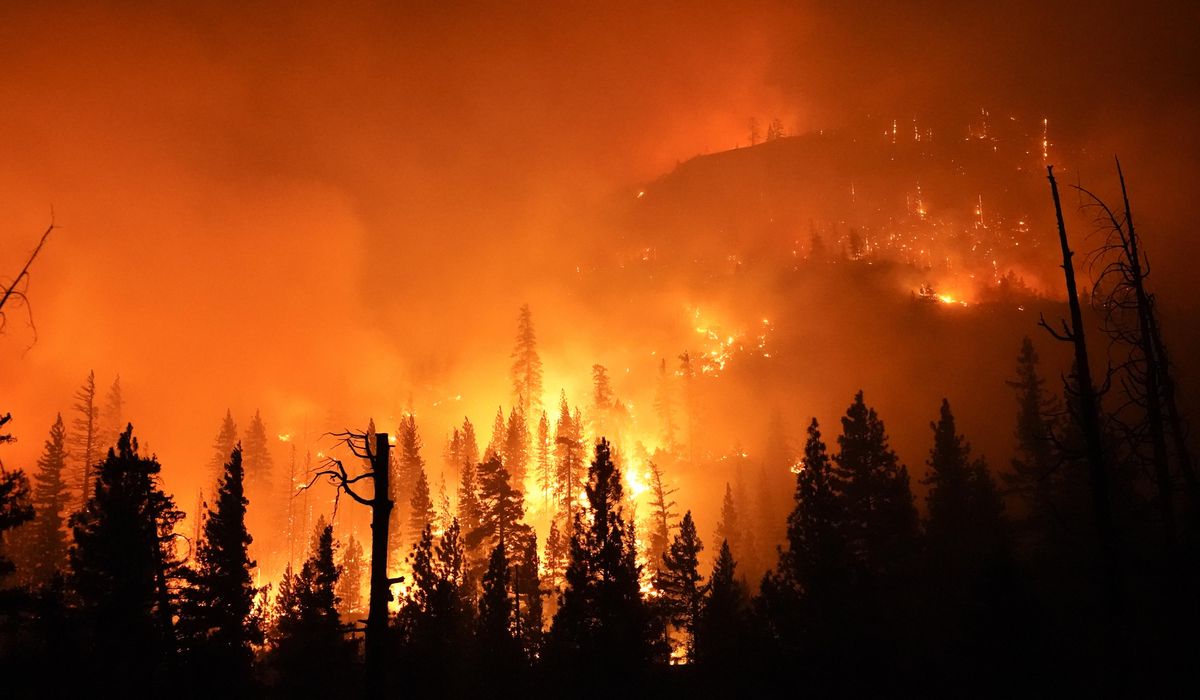 It’s amazing how disasters, both natural and unnatural, have the fingerprints of Democrats all over them.

Political riots rage (euphemistically called “social justice demonstrations”) in Democratic cities during this election year as various headlines and articles not so subtly threaten the American public with warning the rioting will continue if President Trump is reelected.

Nathanael Blake at the Federalist writes, “The quiet part is becoming very loud. Threats of left-wing political violence if President Trump is reelected have gone from subtext to the plain text. Writing at The Atlantic, Shadi Hamid warns of ‘mass unrest and political violence across American cities’ if Mr. Trump wins. The Democrats are embracing their inner movie villain: It votes for Biden, or it gets the riots again.”

We have Antifa and the BLM Marxist group setting fire to our urban areas, and now we have the horrors of the wildfires ravaging the American West. Once again, we can point directly to Democratic policies for the last 30 years contributing to the wholesale destruction. Western states are a tinderbox because of 30 years of Democratic policies making them that way.

So what do Democratic politicians do? Like children who have been caught doing something forbidden, their instinct is to blame everyone else in an effort to cover their tracks. They blame other people, and the ever-useful and ubiquitous “climate change.”

Moving along that narrative, because we can’t have the Democrats admit their idiotic and deadly policy failures, Democratic presidential nominee and former Vice President Joe Biden made a statement about the fires and climate change attempting to blame President Trump for the massive fire destruction, bizarrely labeling Mr. Trump a “climate arsonist.”

The Biden response isn’t the result of his basement team scrambling to find a way to distract from the culpability of Democratic policies regarding forest management. Instead, it is the national Democratic narrative, as they once again face a disastrous situation for the country that exists only because of their disastrous policies.

Barack Obama chimes in, tweeting: “The fires across the West Coast are just the latest examples of the very real ways our changing climate is changing our communities,” he wrote on Twitter. California Gov. Gavin Newsom, desperate to distract and deflect and is blaming climate change for the conflagration. Politico reports, “Trump and others have … suggested the state’s environmental protections have deterred tree removal and other steps to prevent forest fires. Newsom, along with climate experts, instead say that California is suffering from unusual weather cycles caused by global warming.”

And what is the Center for Disaster Philanthropy saying? In cases where a cause is determined, they cite human activity such as pyrotechnic devices or arson. The other major cause is lightning strikes. The CDP also points to forest management, i.e. the lack thereof, as a factor in feeding these fires, making them giants.

As an example, for California’s raging Creek Fire in the Sierra National Forest they report, “The fire is exhibiting extreme fire behavior, in part because 80-90% of the trees in that area have died from the bark beetle making them a high fuel load.”

Strangely, the massive wildfires stop at the Canadian border. The CDP mentions this by noting, “North of the border, Canada’s wildfire season is below average across the board.” So, then did climate change stop at a border?

And who knew that climate change could cause a pyrotechnic device to be used at a gender reveal party causing the massive El Dorado fire in San Bernardino county? And then there’s the amazing discovery that Molotov cocktails are caused by climate change. A man was arrested in Oregon for starting fires with a Molotov cocktail. Inexplicably, they released him and, yes, he was arrested again for setting six more fires, reported the New York Post.

On Twitter, California Sen. Melissa Melendez addressed the absurdity of blaming the fires on anything other than the facts of the matter.

She writes, “Radical environmentalist groups have destroyed our forests with the help of the spineless legislators who refuse to stand up to them, for fear of losing the coveted “A” rating … For decades they have blocked legislation to thin forests, allow timber harvesting, brush removal and controlled burns … All the dead undergrowth is left to build up, becoming fuel for fire.

“Add to that the fact that they even managed to keep ranchers from allowing grazing which helps keep the forest floor clean … So when you hear Democrats criticize comments about forest management, ask those Democrats how much money they’ve received from groups like the Sierra Club to let our forests and homes burn to the ground.”

The devastation wrought by Democratic policies is clear, and the only thing Democratic leadership cares about is not getting caught by cravenly attempting to gaslight you into believing another one of their malleable schemes.