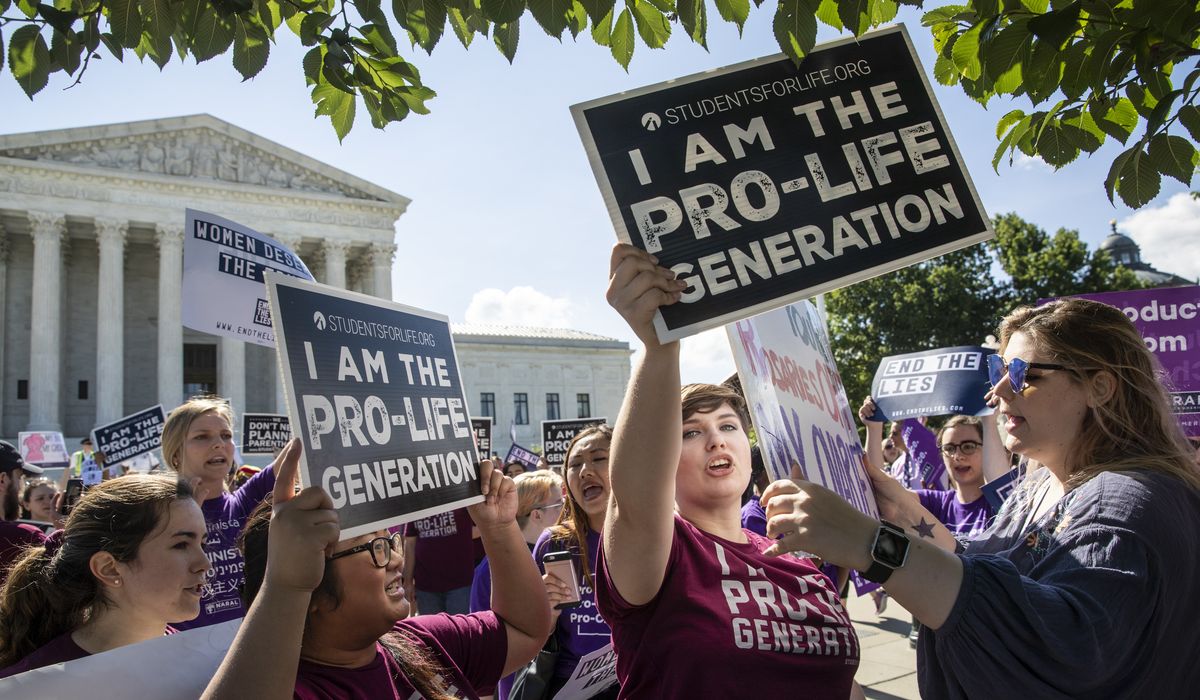 Mark Lee Dickson, with his backward baseball cap and teddy bears, is easily the most recognizable pro-life activist in East Texas, a pastor who has helped persuade one small town after another to declare itself a “sanctuary city for the unborn.”

But it’s his word choice that has raised the ire of pro-choice groups. Three abortion assistance organizations — the Lilith Fund, The Afiya Center and the Texas Equal Access (TEA) Fund — have sued Mr. Dickson and Right to Life East Texas for referring to them as “criminals” and abortion as “murder.”

“They have been falsely accusing us of being criminals for a year now. We’ve said enough,” the TEA Fund said in a June 11 tweet.

The TEA Fund and Afiya Center filed defamation lawsuits in Dallas County and Lilith sued in Travis County after an attorney with the Thompson Coburn law firm asked Mr. Dickson in a June 4 letter to retract his “false and/or misleading statements,” which he has refused to do.

“The comments they asked me to retract were comments which treated abortion as murder and the abortion-aiding organizations as involved in the criminal act of abortion,” Mr. Dickson said in a statement. “I have no reason to retract anything that I said. Abortion is the murder of innocent unborn human beings. The Lilith Fund and other abortion-aiding organizations all take part in the murder of innocent unborn human beings.”

Mr. Dickson is hardly the first pro-life activist to refer to abortion as “murder” and its aiders as “criminals,” but he may be the first one to be sued for defamation, and he thinks he knows why: He is making an impact.

Since June 2019, 13 Texas municipalities have enacted “sanctuary city for the unborn” ordinances to outlaw abortion within their boundaries, thanks to Mr. Dickson’s tireless campaign. One city council later changed the ordinance to a resolution.

The 34-year-old pastor of the SovereignLOVE Church in Longview, Texas, has logged about 15,000 miles in his 2008 Ford F-150 as he crisscrosses the state to speak at city council meetings, churches and other venues. He sometimes uses a doll the size of a 12-week fetus to illustrate his point, or pastel teddy bears that play the sound of a fetal heartbeat.

“Why me and why now? There are many people in many organizations that have said these things before. It’s not anything new,” Mr. Dickson said in an interview. “The only thing I can think is, ‘What am I doing here in Texas? I’m going all over the place and getting people stirred up over this issue.’”

His streak began in June 2019 when the Waskom City Council voted 5-0 to become the first “sanctuary city for the unborn.” Council members were concerned that recently enacted restrictions in Alabama and Louisiana would push abortion clinics into East Texas.

The ordinance forbids anyone from performing or “aiding or abetting” an abortion in Waskom, although the measure does not prohibit referrals to clinics outside city limits.

Waskom, population 2,189, has no abortion clinic, nor do any of the other sanctuary cities. Six others have rejected the proposed ordinance. Mineral Wells drew kudos from the American Civil Liberties Union of Texas for voting down a sanctuary ordinance last year.

“The proposal would have infringed on Texans’ access to safe, legal abortion care and would have served to further intimidate the individuals seeking that care,” said ACLU reproductive rights political strategist Drucilla Tigner. “We hope all cities will follow Mineral Wells’ example of upholding everyone’s fundamental right to abortion care and contraception, regardless of where they live.”

‘Which city will be the next?’

No doubt a court battle would ensue if Planned Parenthood tried to open for business in Waskom, Gilmer, Naples or any other city with a sanctuary ordinance. In the meantime, the legal fight has focused on language.

The ACLU of Texas sued seven of the sanctuary cities in February over the First Amendment rights of the Lilith Fund and the TEA Fund, which provide financial assistance for women seeking abortions.

A month later, the ACLU withdrew the lawsuit after the cities agreed to remove from the ordinances the names of pro-choice groups listed as “criminal entities” and to make it clear that they were free to promote their views on abortion within city limits.

The Lilith Fund, which responded to the Waskom ordinance by erecting a billboard in July with the message “Abortion is Freedom,” declared that the cities had “backed down.” Mr. Dickson said he had no problem with the settlement.

“Abortion is still outlawed in these cities,” said Mr. Dickson. “If the Lilith Fund wants to pass out flyers or put up billboards, let them. I welcome them to put up more billboards because the more money they spend on billboards, the less money they can spend on the murder of innocent children.”

There’s that word again. Mr. Dickson defends his use of the term by noting that Texas never repealed its pro-life law after the Supreme Court’s 1973 Roe v. Wade decision legalizing abortion. The Lilith Fund argued that Texas law never regarded abortion as murder.

“Legal abortion is not a crime and is not classified as murder, anywhere in the United States (indeed, as noted above, even before Roe, abortion was not classified as murder in Texas),” said the Lilith lawsuit. “Dickson’s declarations to the contrary were not true when he was shopping his unconstitutional ordinance around, and they are not any more true now that some cities have been defrauded into passing it.”

Both sides view the lawsuit as a public relations win. The TEA Fund said the challenge to “anti-abortion extremists” was needed to let the public know that the procedure is still legal, no matter what Mr. Dickson says.

“We filed our lawsuit to reject the lies and damaging language spread by them about our organization and remind Texans that we are here to help them get the essential abortion care they need,” the TEA Fund tweeted.

Meanwhile, Mr. Dickson said the legal action “should be a great case to bring before the courts and a great victory in the fight for life.” It also would give a publicity boost to his sanctuary city drive, which is still going strong.

“Cities across Texas are passing enforceable ordinances outlawing abortion within their city limits,” he said in a Wednesday post on Facebook. “At this point the only question is, ‘Which city will be the next city to outlaw abortion?’ … There are so many great cities in Texas. It could be almost any one of them!”