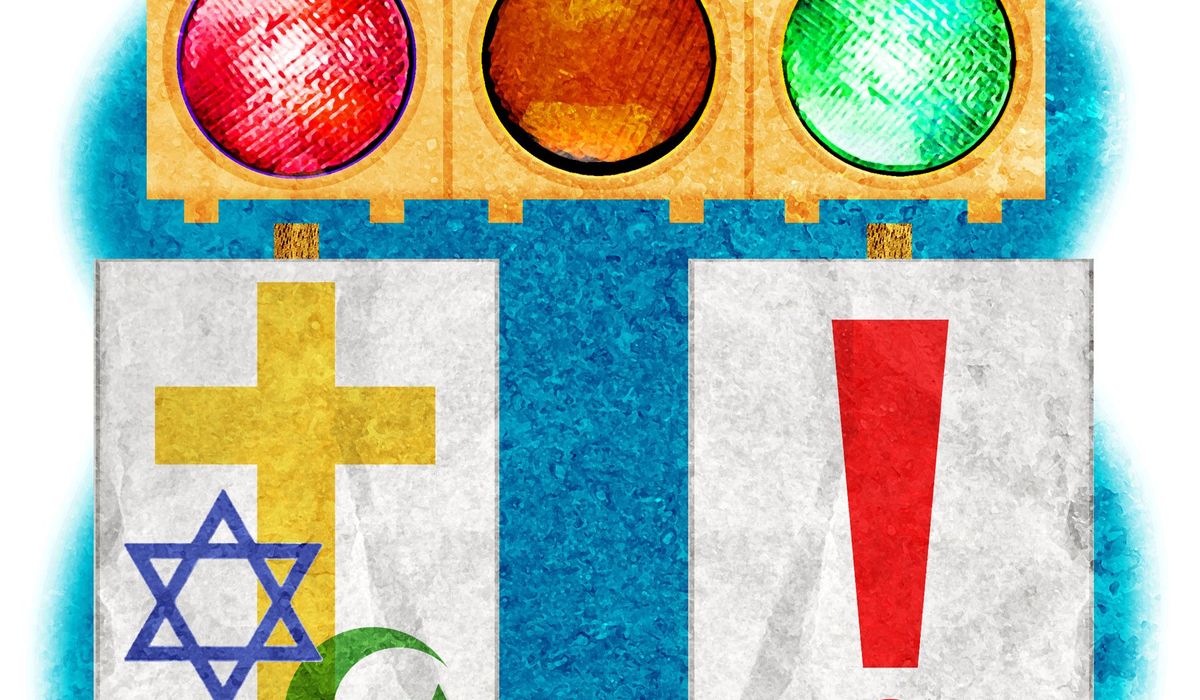 It is imperative that our leaders stop discriminating against those who wish to gather for worship. Churchgoers are entitled to the same constitutional protections that peaceful protesters currently enjoy, and our society benefits from the faith of its citizens.

Politicians shouldn’t be able to pick and choose how to apply the First Amendment, but they have. As protesters gather throughout the country, defying curfew and stay-at-home orders, to speak out against police brutality in the wake of George Floyd’s apparent murder at the hands of a Minneapolis police officer, believers are prohibited from attending church services. This double standard isn’t going unnoticed.

Sen. Josh Hawley, Missouri Republican, has sounded the alarm loud and clear, petitioning U.S. Attorney General William Barr to launch a full civil rights investigation. “State officials have violated the free speech and free exercise rights of religious Americans by treating religious gatherings and speech differently than the speech and mass gatherings of protests … States cannot allow one but prohibit the other.”

Senate Majority Leader Mitch McConnell called out the constitutional double standard from the floor of the U.S. Senate. The cause of peaceful protesters is “beyond righteous,” said Mr. McConnell. But the “inconsistency from leadership has been baffling … faith can never be shoved into second class.”

Sen. Tom Cotton, Arkansas Republican, also noted that many Democratic governors “encouraged — and often participated in — mass protests that didn’t follow their own social distance guidelines … How can they continue to discriminate against churches trying to safely reopen?”

Perhaps more disheartening than public officials who apply this double standard though, are church leaders who do so. They are the very ones who ought to vigorously defend the free exercise rights of their flocks, but some have favored protests over religious gatherings.

In Washington, D.C., an outspoken critic of President Trump’s, Archbishop Wilton Gregory, sponsored an event near the White House to protest the death of George Floyd. It drew about 200 people. The same day as the protest, the archbishop announced that public masses would resume with stringent rules, including a maximum of 10 persons at a time.

Many Catholics are distressed to see their church leaders less concerned about their duty to safely shepherd and feed a spiritually malnourished church than about making a political statement. And it is also disturbing in light of the fact that many parishes will have suffered permanent damage or closure because of the coronavirus shutdown. Church attendance may not ever return to pre-pandemic levels and most donations are collected from the pews — so the economic impact during this time alone has been devastating.

Not only is the free exercise of religion constitutionally protected, most Americans believe that religion is a force for good in society. And it is. The number and variety of services that faith-based organizations accomplish each year for Americans in need cannot be overstated. And these charitable activities which provide a safety net for millions in our society are animated by faith from start to finish.

It would be wise and just to let people of faith back into their churches, where faith is nourished. Certainly today our country needs more, rather than less, of the blessings that come through faith.