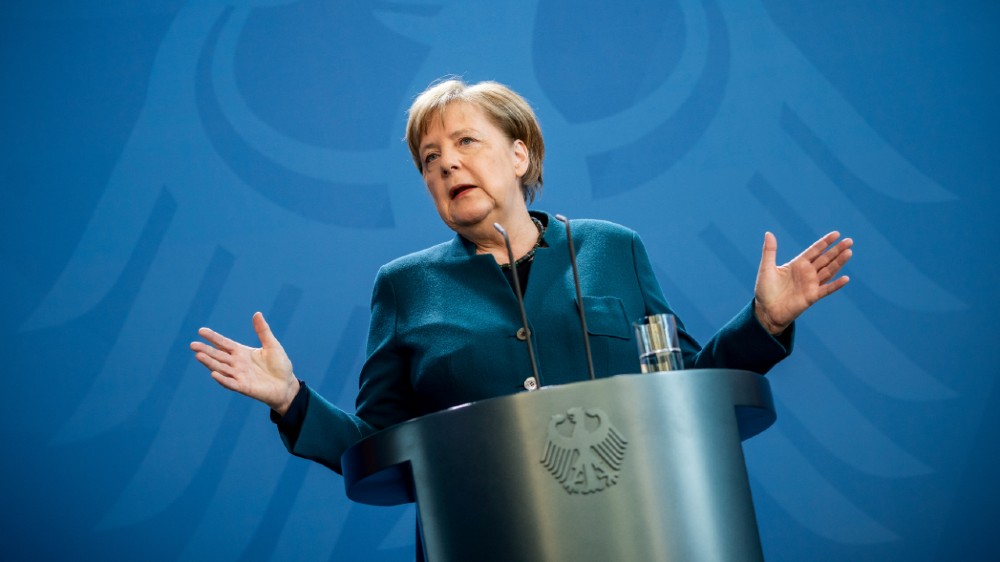 A German government spokesman has confirmed that Chancellor Angela Merkel will not attend an in-person summit of world leaders that President Donald Trump has suggested he will host in the United States despite concerns over the coronavirus.
Leaders from the G7 had been scheduled to meet by videoconference in late June after the pandemic scuttled plans to gather in-person at Camp David, the US presidential retreat.
More:

Bailouts in the air: Germany’s Lufthansa in talks with government

Thousands at United Airlines could lose jobs in October: Report

Trump last week, however, indicated that he could hold the huge gathering after all, “primarily at the White House” but also potentially parts of it at Camp David, in Maryland state.
Merkel has declined, according to the spokesman.
“As of today, considering the overall pandemic situation, she cannot agree to her personal participation, to a journey to Washington,” the spokesman said, confirming an earlier report on the Politico website.
“The federal chancellor thanks President Trump for his invitation to the G7 summit,” he added.

The G7 is made up of the US, Italy, Japan, Canada, France, Germany and the United Kingdom, as well as the European Union. Member states take turns organising the annual gathering, with participants normally sending large delegations with their leaders to the summits and journalists from all the world convene to cover their meeting, as well.
The White House said it is putting the huge diplomatic gathering back on the agenda as a “show of strength” when global economies are gradually re-emerging from lockdowns imposed to curb the spread of the coronavirus.
Merkel is the first to give a firm no, while other world leaders have expressed vaguely positive responses.
On Friday, the White House said Trump and British Prime Minister Boris Johnson had spoken and “agreed on the importance of convening the G7 in person in the near future”.
Canada’s Prime Minister Justin Trudeau, who hosted the 2018 summit, said any in-person gathering would have to prioritise safety, while a French presidential official said President Emmanuel Macron, last year’s host, was “willing to go to Camp David if the health conditions allow”.
European Council head Charles Michel, meanwhile, said through a spokesman that he would attend “if health conditions allow”.
The US is the worst-hit country for coronavirus infections, having registered more than 1,745,000 cases and some 102,000 deaths.
Continue Reading…

Democratic presidential nominee Joseph R. Biden refused to say Monday whether he would consider expanding the number of seats on the Supreme Court if Republicans press forward to fill the vacancy left by the death of Justice Ruth Bader Ginsburg. “It’s a legitimate question, but let me tell you why I’m not going answer. …… 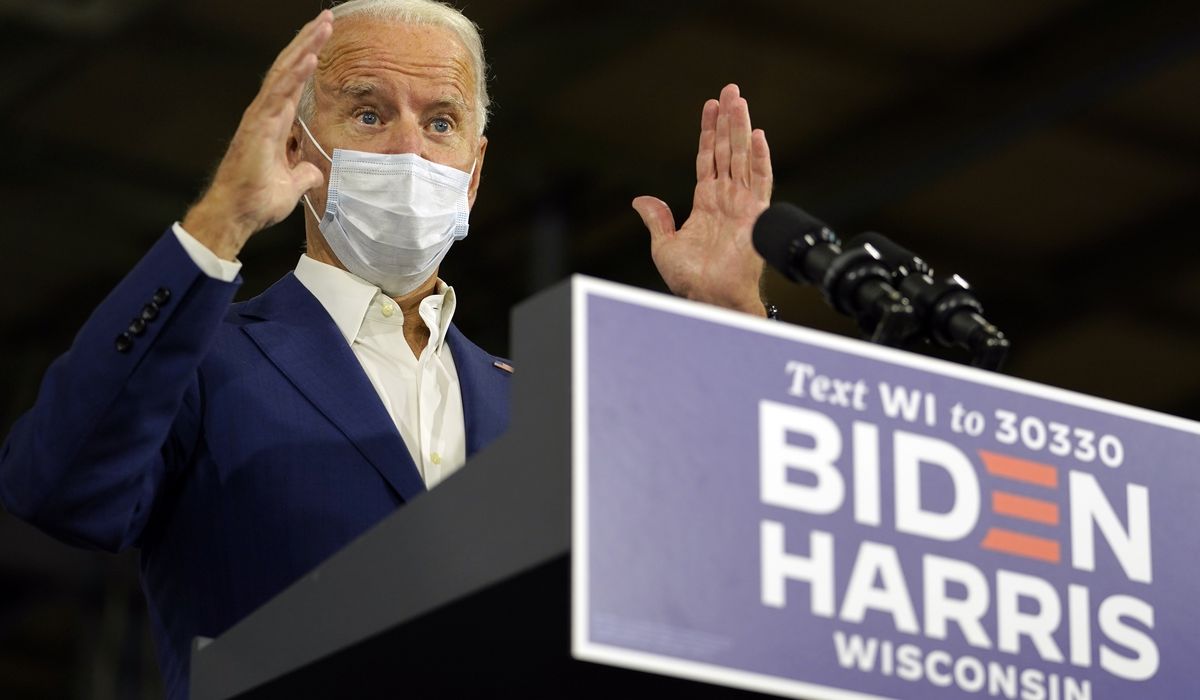 Democratic presidential nominee Joseph R. Biden refused to say Monday whether he would consider expanding the number of seats on the Supreme Court if Republicans press forward to fill the vacancy left by the death of Justice Ruth Bader Ginsburg.

“It’s a legitimate question, but let me tell you why I’m not going answer. … It will shift the focus,” Mr. Biden told WBAY-TV in Wisconsin.

He said President Trump “never wants to talk about the issue at hand.”

“He always tries to change the subject,” he said. “Let’s say I answer that question. Then the whole debate’s going to be ‘well, Biden said or didn’t say. Biden said he would or wouldn’t.’ “

Mr. Biden had said in July 2019 that he didn’t want to pack the high court.

When she was still running for president, Democratic vice presidential nominee Kamala D. Harris had said she was open to expanding the court.

Liberals are calling on Senate Democrats to abolish the filibuster and expand the number of seats on the Supreme Court if Republicans push forward with the nomination process and Democrats control the House, Senate, and White House next year.

Mr. Biden said over the weekend that the candidate who wins the presidential election on Nov. 3 should pick Justice Ginsburg’s replacement and that the standard that Republicans used in blocking the confirmation process of Judge Merrick Garland in 2016 should still apply now.

Republicans say it was different then because the White House and Senate were controlled by different parties and that Democrats would move to quickly fill a vacancy if they were in the same position right now.

Iran declines to disclose cause of fire at Natanz nuclear site |NationalTribune.com

Iranian investigators have determined the cause of a fire at the Natanz nuclear plant, a spokesman for Iran’s top security body said on Friday, while declining to immediately release details of the findings over “security reasons”. The National Security Council’s statement came as Gholamreza Jalali, the head of Iran’s civilian defence, told state television that… 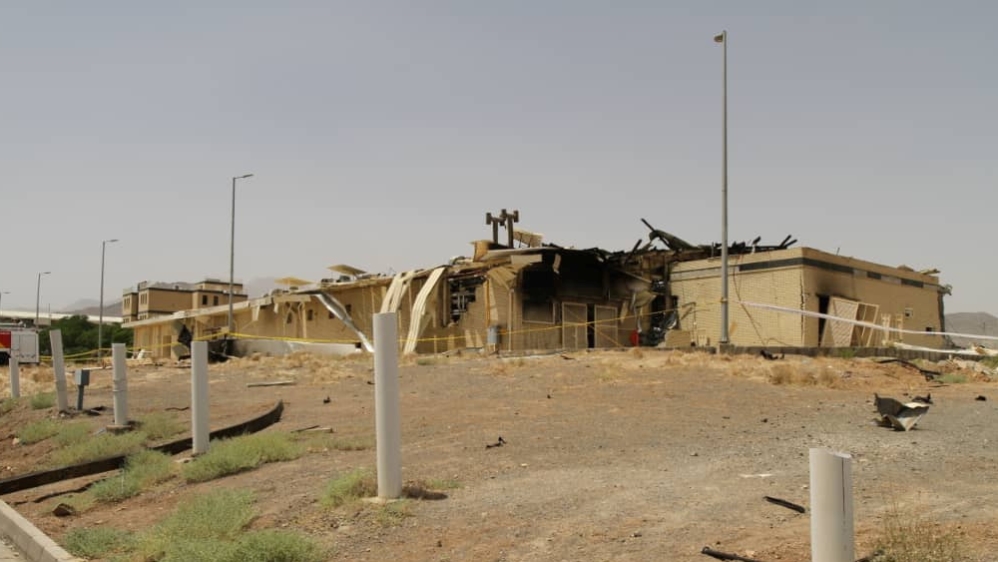 Iranian investigators have determined the cause of a fire at the Natanz nuclear plant, a spokesman for Iran’s top security body said on Friday, while declining to immediately release details of the findings over “security reasons”.
The National Security Council’s statement came as Gholamreza Jalali, the head of Iran’s civilian defence, told state television that Tehran would retaliate against any country that carries out cyberattacks on its nuclear sites.
Reuters News Agency, citing three Iranian officials, said the fire at Natanz, which occurred early on Thursday, was caused by cyber sabotage.
But Reuters said the officials did not offer evidence to back the claim.
The Natanz uranium-enrichment site, much of which is underground, is one of several Iranian facilities monitored by inspectors of the International Atomic Energy Agency (IAEA), the United Nations nuclear watchdog.

Iran’s Atomic Energy Organisation initially reported an “incident” had occurred early on Thursday at Natanz, located in the desert in the central province of Isfahan. It later published a photo of a one-storey brick building with its roof and walls partly burned.
A door hanging off its hinges suggested there had been an explosion inside the building.
The IAEA said none of its inspectors was at Natanz at the time of the fire and “that the location where the incident occurred does not contain nuclear materials”.
‘Cheetah’s of Homeland’
Keyvan Khosravi, spokesman for the National Security Council, told IRNA news agency late on Friday that experts have “determined the main cause of the incident” but it “will be declared in due course for security reasons”.
The mystery around the incident deepened after BBC reported that an unknown group called the “Cheetah’s of the Homeland” claimed responsibility for the attack in a statement sent to the network’s Persian service journalists before news of the fire became public.
A video claimed the group included “soldiers from the heart of regime’s security organisations” who wanted to stop Iran from acquiring a nuclear weapon. Iran long has maintained its atomic programme is for peaceful purposes.
At the same time, Iranian media has cast suspicion on the US and Israel for the incident.
In an article issued on Thursday, IRNA addressed what it called the possibility of sabotage although it stopped short of accusing either US or Israel directly.
“So far, Iran has tried to prevent intensifying crises and the formation of unpredictable conditions and situations,” IRNA said. “But the crossing of red lines of the Islamic Republic of Iran by hostile countries, especially the Zionist regime and the US, means that strategy … should be revised.”
In 2010, the Stuxnet computer virus, which is widely believed to have been developed by the US and Israel, was discovered after it was used to attack the Natanz facility.
Later on Thursday, Jalali told state TV that “if it is proven that our country has been targeted by a cyberattack, we will respond”.

Natanz is the centrepiece of Iran’s enrichment programme, which Tehran says is only for peaceful purposes. Western intelligence agencies and the IAEA believe it had a coordinated, clandestine nuclear arms programme that it halted in 2003.
Tehran denies ever seeking nuclear weapons.
Iran triggers nuclear deal dispute mechanism
Iran curbed its nuclear work in exchange for the removal of most global sanctions under an accord reached with six world powers in 2015, but has reduced compliance with the deal’s restrictions since US President Donald Trump withdrew in 2018.
The IAEA has also issued two reports this year rebuking Iran for failing to answer questions about nuclear activities before its 2015 deal at three sites and for denying it access to two of them.
According to Reuters, the United Kingdom, France and Germany put forward a draft resolution at the IAEA on June 10 calling on Iran to provide access to the locations specified.
The three European countries consider the nuclear deal to be a cornerstone of regional and global security and have struggled to keep it alive since the US move. They have set up a parallel system to try to keep funds flowing into Iran as its economy flagged.
Separately on Friday, IRNA reported that Iranian Foreign Minister Mohammad Javad Zarif triggered a dispute resolution mechanism in the 2015 accord, blaming the move on Germany, France and the UK’s “non-compliance” to their side of the deal as well as a European push to rebuke Iran at the IAEA over its refusal to give access to inspectors at its nuclear sites.
The dispute mechanism provides for a period of about one month, which can be prolonged if all parties agree, to resolve any disagreement.
Failure to come to an agreement could result in the snapback of UN sanctions against Iran.
On January 15, the Europeans triggered the accord’s dispute resolution mechanism themselves to force Iran into discussions on possible violations of the deal, as Tehran appeared to backslide and refused to be bound by its uranium enrichment limits.
They later suspended the action.
Continue Reading…