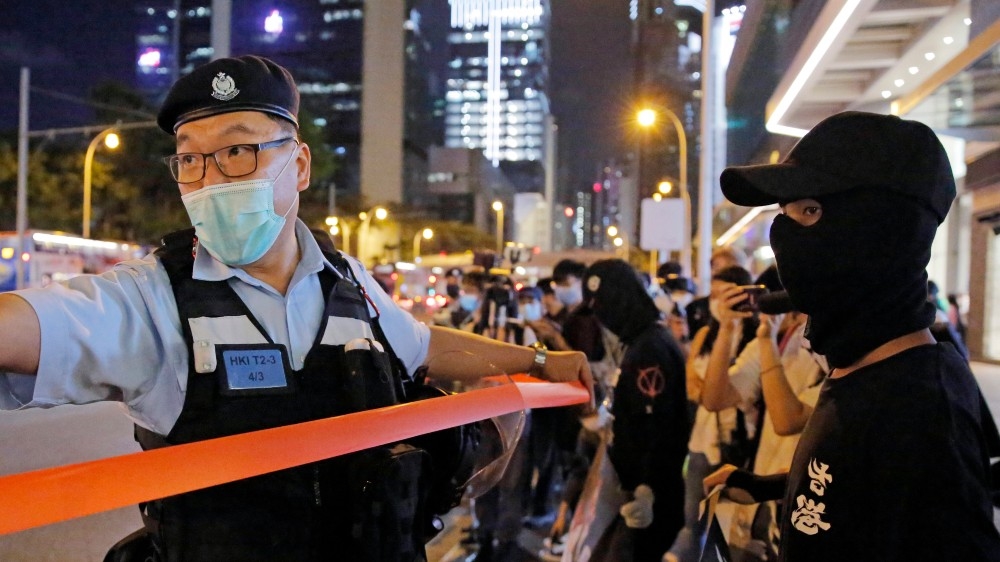 China’s plan to impose new national security laws on Hong Kong drew angry condemnation on Friday as activists in the city called for protests and President Donald Trump warned that the United States would react “very strongly” to the planned legislation.
Critics say the security law would destroy the “one country, two systems” framework that was agreed when China took back control of the self-governing Chinese territory in 1997 promising citizens rights and freedoms found nowhere else in the country.
More:

While it was unclear whether a proposed march to China’s Liaison Office would materialise, it was a reminder of the renewed risk of unrest in Hong Kong as protests begin to resume as the coronavirus recedes.
The legislation could also prove a turning point for the territory, intensifying geopolitical tensions between Beijing and Washington, whose relationship is already weakened by trade disputes and reciprocal accusations over the coronavirus pandemic.
“It is starting to look like a US-China summer of discontent in the making,” Stephen Innes, chief global market strategist at AxiCorp told Reuters news agency.
Speaking on Friday in his annual report to the Chinese parliament, Premier Li Keqiang said China would establish a “sound” legal system and enforcement mechanisms to ensure national security in Hong Kong and Macau, its other semi-autonomous city.
Li again promised that China would “honour and implement” the “one country, two systems” framework, but Al Jazeera’s Adrian Brown said many wonder whether that is really the case.
“We saw pictures of the Great Hall of the People during Li’s speech and I think that is a reminder of where the real power now rests in Hong Kong; not in Hong Kong’s legislature but in the Great Hall of the People in Beijing,” Brown said.

“It is essentially declaring directly that ‘one country, two systems’ is null and a failure,” Eric Cheung, principal lecturer at Hong Kong University’s department of law, told Reuters.
The Hong Kong government’s previous attempt to adopt national security legislation in 2003 was met with a protest that drew more than half a million people onto the streets and was eventually shelved.
‘Force and fear’
China’s latest move to impose the legislation comes after large-scale demonstrations in 2019 that became increasingly violent as the months wore on, creating the biggest crisis in the former British colony since the 1997 handover.
A draft of the legislation obtained by Reuters indicated that the proposed legislation requires the territory to quickly finish enacting national security regulations under its mini-constitution, the Basic law.
According to the legislation, China’s parliament empowers itself to set up the legal framework and implementation mechanism to prevent and punish subversion, terrorism, separatism and foreign interference, “or any acts that severely endanger national security.”
China’s parliamentary Vice Chairman Wang Chen is scheduled to give a speech explaining the new law later on Friday.
Hong Kong-based writer Antony Dapiran said the reference to endangering national security was significant.
“Framing Hong Kong’s democracy as a national security threat and invoking the spectre of “foreign forces” enables Beijing to justify their intervention as related to “foreign affairs” and “defence”, the only two areas (where) Beijing can technically interfere in Hong Kong,” Dapiran wrote on Twitter.

BackPage 1 of 2Next →
In this article:greet, Protests