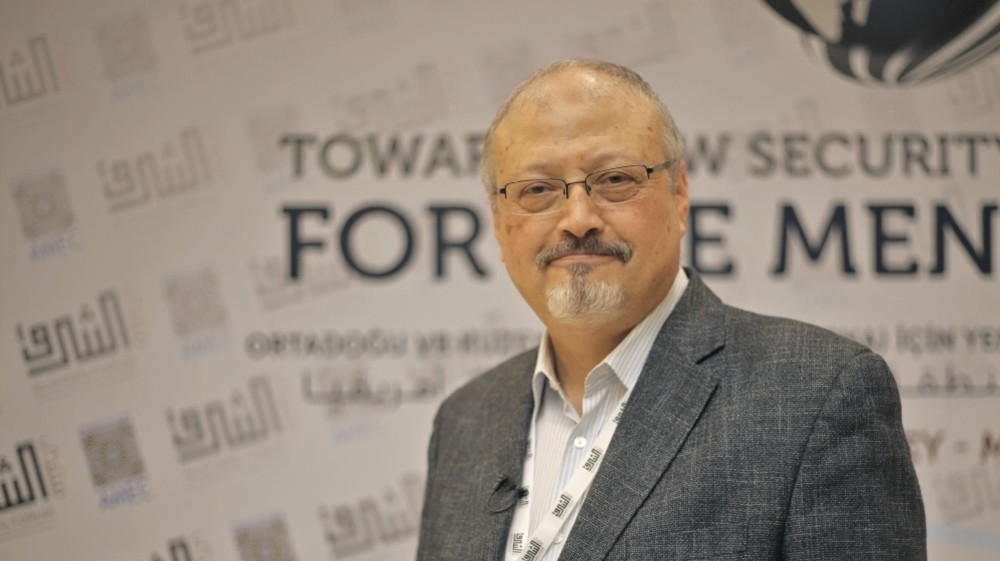 The United Kingdom imposed economic sanctions on dozens of individuals and organisations from Russia, Saudi Arabia, Myanmar, and North Korea under new British powers to punish human-rights offenders.
Foreign Secretary Dominic Raab said on Monday the sanctions targeted those behind “some of the notorious human rights violations in recent years”, and were aimed at stopping the laundering of “blood money”.
The UK’s first sanctions will target 25 Russian nationals it said were involved in the mistreatment and death of lawyer Sergei Magnitsky, and 20 Saudi nationals held responsible for the killing of journalist Jamal Khashoggi, the foreign ministry said.
“Today this government … sends a very clear message on behalf of the British people that those with blood on their hands – the thugs and despots, the henchmen and dictators – will not be free to waltz into this country to buy up property on the King’s Road, to do their Christmas shopping in Knightsbridge, or frankly to siphon dirty money through British banks or other financial institutions,” said Raab.
“The designations will also include those responsible for the brutal murder of the writer and journalist Jamal Khashoggi.”

After leaving the European Union in January, UK  Prime Minister Boris Johnson wants to forge a new independent role for Britain in foreign and trade affairs, and this was the first time London could impose asset freezes and visa bans independently.
Among the list of Saudi names are Saud al-Qahtani, a former Saudi royal adviser, and Ahmed al-Asiri, a former deputy intelligence chief. Both had charges against them dropped by a Saudi court after 11 suspects were put on trial last December over the Khashoggi killing. Five were sentenced to death.
Khashoggi, a 59-year-old Washington Post columnist, was killed at the Saudi consulate in Istanbul on October 2, 2018. Turkish officials said his body was dismembered by the killers and his remains have yet to be found.
Turkish prosecutors indicted 20 Saudi nationals over Khashoggi’s killing, including several with ties to Saudi Crown Prince Mohammed bin Salman (MBS), the kingdom’s de facto ruler.
Some Western governments, as well as the CIA, said they believed MBS ordered the killing – an accusation Saudi officials have denied.

‘Particularly outrageous’
The biggest Russian name on the UK list is Alexander Bastrykin, whose Investigative Committee reports directly to President Vladimir Putin.
Bastrykin has also been blacklisted by the United States and Canada over the death of Magnitsky, a Russian lawyer arrested in 2008 after alleging Russian officials were involved in large-scale tax fraud. Magnitsky died in a Moscow prison in 2009 after complaining of abuse.
“It is particularly outrageous that the senior representatives of the General Prosecution and the Investigative Committee of the Russian Federation as well as judges were included in the sanctions list,” RIA news agency cited a Russian embassy spokesman in London as saying.
Also on the list of 49 individuals and organisations is Min Aung Hlaing, commander-in-chief of the Myanmar armed forces, and Myanmar army commander Soe Win. They are accused of orchestrating systematic violence against Myanmar’s Rohingya minority.
North Korean organisations – the Ministry of State Security Bureau and the Ministry of People’s Security Correctional Bureau – were sanctioned for running prison camps in the authoritarian communist state.
‘Blood-drenched ill-gotten gains’
Britain previously imposed sanctions as part of the European Union or under the auspices of the United Nations. Since leaving the EU in January, it has implemented its own version of the US’s Magnitsky Act, which allows authorities to ban or seize assets of individuals guilty of human rights abuses.

BackPage 1 of 2Next →
In this article:sanctions, Saudis