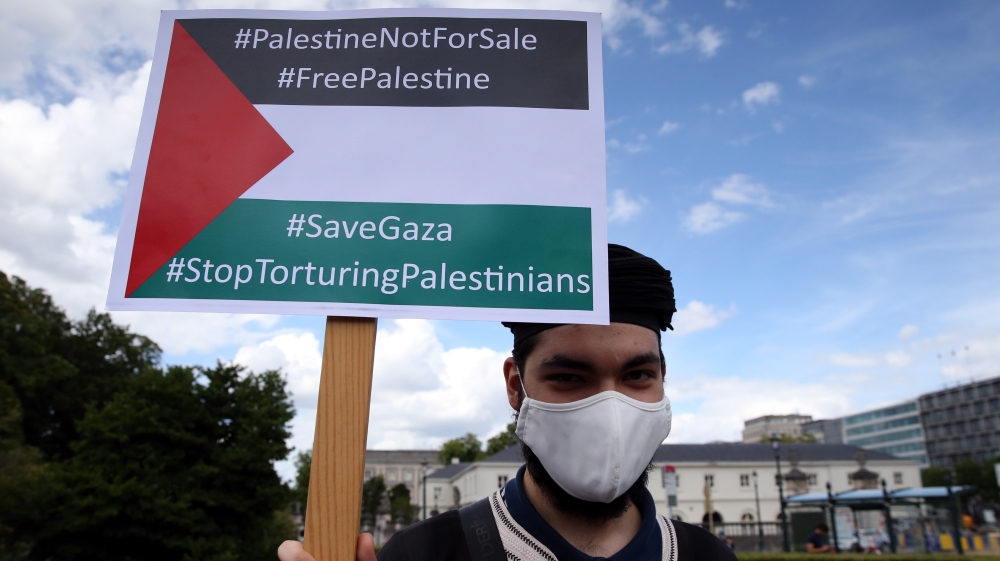 Israel’s aim to annex parts of the occupied West Bank is clearly “illegal”, the United Nations’ human rights chief said on Monday, warning that the consequences could be “disastrous”.
Just days before Israel intends to kick-start plans to annex its West Bank settlements and parts of the strategic Jordan Valley, Michelle Bachelet added her voice to the chorus urging Prime Minister Benjamin Netanyahu to drop the proposal.
“Annexation is illegal. Period,” the UN High Commissioner for Human Rights said in a statement. “Any annexation. Whether it is 30 percent of the West Bank, or 5 percent,” she said, urging Israel to “listen to its own former senior officials and generals, as well as to the multitude of voices around the world, warning it not to proceed along this dangerous path.”
International condemnation of the possible Israeli annexations has mounted ahead of July 1, when Israel could take its first steps towards implementing part of a United States-proposed Middle East plan.
But defence minister and alternate prime minister Benny Gantz said Monday that any annexation of West Bank territory must be placed on hold until the coronavirus crisis has been contained.
“Anything unrelated to the battle against the coronavirus will wait until the after the virus,” he told a televised meeting with members of his Blue and White party on Monday.
His office later clarified that he was referring specifically to the annexation plan.
The Jerusalem Post, meanwhile, quoted multiple US sources with knowledge of the matter saying that Israel will not go ahead with its plans this week, as those plans have not been finalised.

Khadeeja Bisharat, a Palestinian artist, stands with her daughter Remas as a view shows the Jordan Valley in the Israeli-occupied West Bank [File: Raneen Sawafta/Reuters]

‘Shock waves’
US President Donald Trump’s proposals, rejected outright by the Palestinians, pave the way for annexing key parts of the occupied West Bank, including settlements long considered illegal by the majority of the international community.
Bachelet urged Israel to shift course, warning that “the shock waves of annexation will last for decades, and will be extremely damaging to Israel, as well as to the Palestinians.”
“The precise consequences of annexation cannot be predicted,” she said.
“But they are likely to be disastrous for the Palestinians, for Israel itself, and for the wider region.”
The UN rights chief warned that “any attempt to annex any part of the occupied Palestinian territory will not only seriously damage efforts to achieve lasting peace in the region, it is likely to entrench, perpetuate and further heighten serious human rights violations that have characterised the conflict for decades.”
Her statement cautioned that such a move would almost certainly lead to increased restrictions on Palestinians’ rights to freedom of movement, as their population centres would become enclaves.
In addition, significant tracts of private land would likely be illegally expropriated, and even in cases where this does not occur, many Palestinians could lose access to cultivate their own lands.
And Palestinians who found themselves living inside the annexed areas would likely experience greater difficulty accessing essential services like healthcare and education, while humanitarian access could also be blocked.
‘Highly combustible mix’
Bachelet’s office warned that Palestinians inside the annexed area would come under heavy pressure to move out, pointing out that entire communities currently not recognised under Israeli planning would be at high risk of “forcible transfer”.
And settlements, which are already recognised as a clear violation of international law, would almost certainly expand.
“This is a highly combustible mix,” Bachelet said.
“I am deeply concerned that even the most minimalist form of annexation would lead to increased violence and loss of life, as walls are erected, security forces deployed and the two populations brought into closer proximity.”

The UN rights chief warned that “the existing two-tier system of law in the same territory will become embedded, with devastating impacts on the lives of Palestinians who have little or no access to legal remedy”.
Bachelet said illegal annexation would not change Israel’s obligations under international law as an occupying power towards the occupied population.
“Instead, it will grievously harm the prospect of a two-state solution, undercut the possibilities of a renewal of negotiations, and perpetuate the serious existing human rights and international humanitarian law violations we witness today.
Continue Reading…