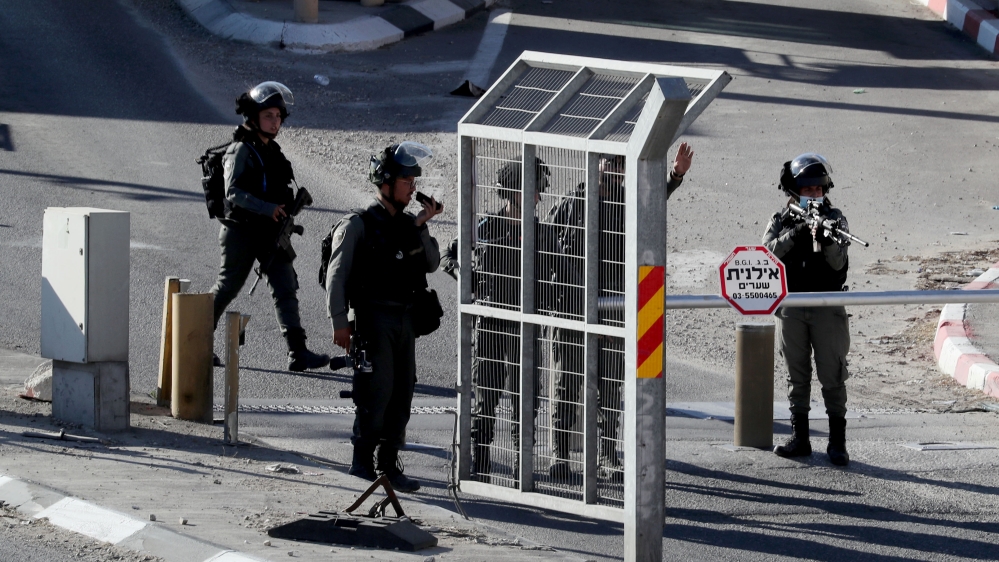 Israeli forces have shot and killed the nephew of a senior Palestinian official at a checkpoint in the occupied West Bank.
The deceased was identified as 27-year-old Ahmad Erakat, nephew of Saeb Erakat, secretary-general of the Palestine Liberation Organisation (PLO).
Israeli border police said on Tuesday they shot and killed a suspect who they say attempted to run over a female officer at a checkpoint in the Palestinian village of Abu Dis, east of Jerusalem. Police said the officer was slightly wounded in the incident.
Palestinian officials rejected the police’s account of the man’s death.
Ahmad was “executed” by the Israeli police, his uncle Saeb told AFP, adding that he held Israeli Prime Minister Benjamin Netanyahu responsible for “this crime”.
He dismissed the police allegation of an attempted car ramming as “impossible”, saying that Ahmad was due to be married later in the week.

“This young man was killed in cold blood. Tonight was his sister’s wedding,” Saeb said.
“What the occupation army claims, that he was trying to run someone over, is a lie.”
Israeli police spokesperson Micky Rosenfeld said the man “drove his vehicle quickly towards the direction of a female border police officer who was injured lightly”.
The officer was evacuated to a hospital.
Police did not immediately release a video of the incident, and there was no way to independently verify the account. But police released a photo that appeared to show the vehicle after it had collided into the checkpoint.

Palestinians and human rights groups have also accused Israeli security forces of using excessive force, or in some cases opening fire at cars that merely lost control.
The director of the Palestinian Red Crescent Society in Bethlehem confirmed that a soldier prevented Palestinian medical personnel from approaching the man and was left to bleed, Palestinian news agency Wafa reported.
“Ahmed Erekat, 27, beautiful young man. A son. A brother. Fiancee. My baby cousin,” Noura Erakat, a human rights attorney based in the US wrote on Twitter, sharing his photos.
“Israeli cowards shot him multiple times, left him to bleed for 1.5 hours and blamed him for his death. Tonight was his sister’s wedding, his was next month. We failed to protect him. I am so sorry,” she wrote.

Ahmed Erekat, 27, beautiful young man. A son. A brother. Fiancée. My baby cousin. Israeli cowards shot him multiple times, left him to bleed for 1.5 hours and blamed him for his death. Tonight was his sister’s wedding, his was next month. We failed to protect him. I am so sorry. pic.twitter.com/3E341iE7sM
— Noura Erakat (@4noura) June 23, 2020

‘Palestinian lives matter’
Senior Palestinian official Hanan Ashrawi called on the international community to take “concrete steps” against Israel over the death of Ahmad Erakat.
“Palestinian lives matter,” she wrote in a statement, recalling last month’s police killing of an autistic Palestinian man in Jerusalem.
“It is time for the world to hold Israel to account and ensure that justice is done by Palestinian victims.”
The incident comes nearly a month after a Palestinian man was killed in similar circumstances near Ramallah in the West Bank.
He was shot dead on May 29 after trying to ram a car into Israeli soldiers, none of whom were injured, police said at the time.

Tuesday’s incident comes ahead of plans by Israeli Prime Minister Benjamin Netanyahu to annex parts of the West Bank.
Netanyahu said the government would take steps towards annexing Israeli settlements, illegal under international law, and the Jordan Valley from July 1, as part of a broader US plan. The Palestinians have rejected the plan and want the West Bank to form part of a future Palestinian state.
The proposals have sparked widespread international criticism and warnings that such a move would lead to violence.
Continue Reading…

Rayshard Brooks remembered, to be laid to rest in Atlanta |NationalTribune.com