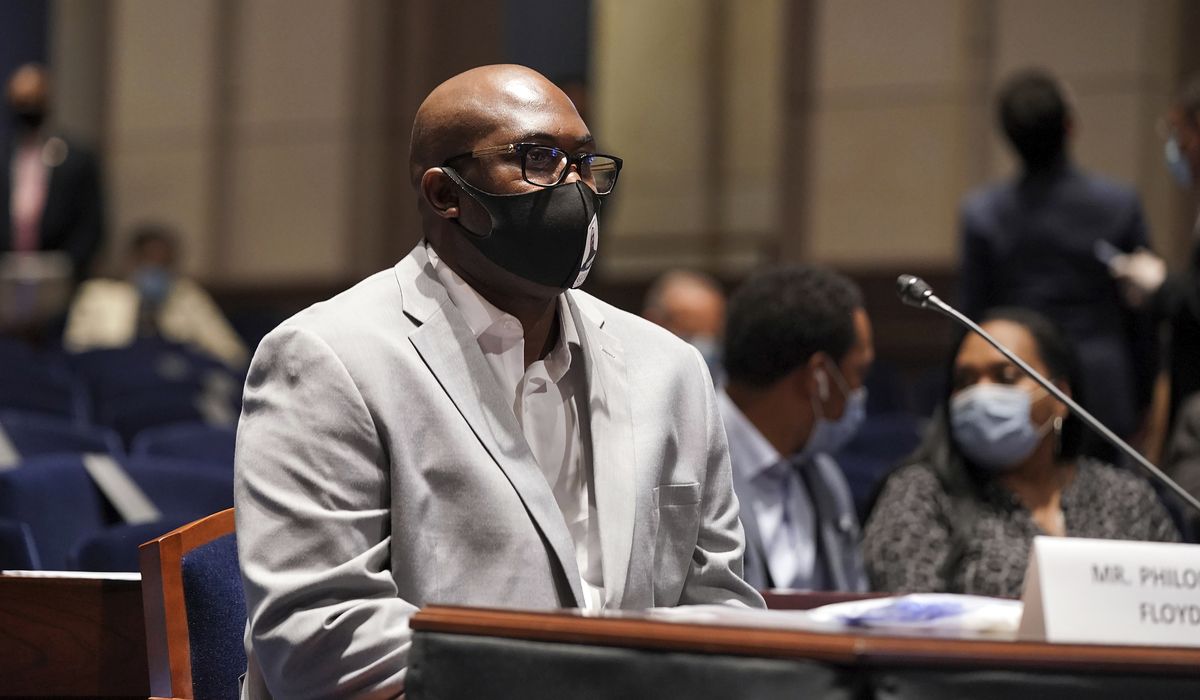 In an emotional opening statement at the House’s hearing on police brutality, Mr. Floyd described how his brother sacrificed for others in his life and tried to follow police orders on the day he died in Minnesota while in police custody.

“I can’t tell you the kind of pain you feel when you watch something like that. When you watch your big brother, who you’ve looked up to your whole life, die — die begging for your mom,” Mr. Floyd said.

Mr. Floyd died after a white former police officer, Derek Chauvin, kneeled on his neck for eight minutes and 46 seconds. The killing went viral online, sparking nationwide and global outrage and renewed the debate on racial inequality and calls for police reform.

Wednesday’s hearing comes as Democrats work on moving forward with their sweeping overhaul on policing in the U.S. that would mandate anti-bias training, impose national use-of-force standards and make it easier to sue officers for misconduct in the line of duty.

“If his death ends up changing the world for the better — and I think it will, I think it has — then he died as he lived. It is on you to make sure his death isn’t in vain,” Mr. Floyd said.