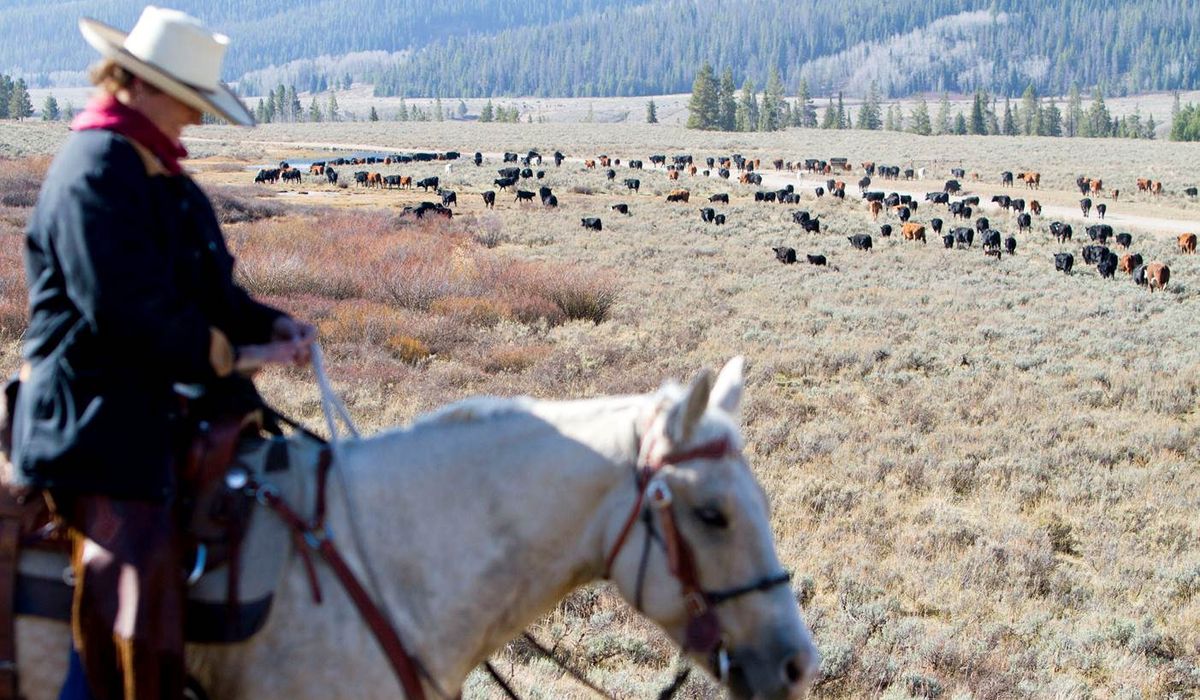 DENVER — Everyone in western Wyoming knows about the historic Green River Drift, one of the nation’s oldest continuously held livestock drives, and that includes the grizzly bears.

“Some years we’ve had the grizzlies actually meet us. They’re kind of dependent on this,” said Charles Price, a fourth-generation rancher in the Upper Green River Valley. “In other words, we’re part of the food chain for the bear here.”

The growing grizzly population represents only one of the challenges on the annual 58-mile trek, which begins Saturday and runs from the high-desert mesas to the Bridger-Teton National Forest, but this year the ranchers face a fresh threat: efforts by environmentalists to prevent the removal or killing of grizzlies that prey on cattle.

The Western Watersheds Project has filed for a preliminary injunction on the grazing permits that the National Forest Service issued in October. The permits allow the removal of up to 72 grizzly bears over 10 years in the Upper Green River area, located at the southern end of the Greater Yellowstone ecosystem.

“The meat of our injunction [request] is to prevent the killing of grizzly bears on these six general grazing allotments on public land,” said Erik Molvar, the project’s executive director. “The livestock industry is kicking and screaming and saying that it can’t possibly run cattle in this area without reprisal killings of grizzly bears, which frankly doesn’t resonate with us.”

Also suing to challenge the 72-bear limit, grounded in a Fish and Wildlife Service biological opinion, are the Center for Biological Diversity and the Sierra Club, which described the cap as “unconscionable.”

“Time and time again, the Fish and Wildlife Service has upped the number of grizzly bears that can be killed as a direct result of livestock grazing on public lands in the Upper Green,” said the Sierra Club’s Bonnie Rice. “There are proven, effective ways to prevent conflicts between bears and livestock to keep both safe.”

Fighting on behalf of ranchers is the Mountain States Legal Foundation in Denver, which described the lawsuit as an “attempt to destroy the oldest continually used stock drive in the West — the Upper Green River Drift — and the historic ranches that depend upon it.”

The legal wrangling is the latest salvo in the battle of the bear. The Fish and Wildlife Service has sought twice to delist the Greater Yellowstone grizzly, arguing that its designation as a threatened species is no longer warranted. The agency was thwarted most recently in 2018 by a judge’s ruling restoring protections after a legal challenge by environmental groups.

Hunting grizzlies is prohibited inside Yellowstone National Park, but bears that prey on cattle outside the park may be removed by government wildlife officials, within biologically approved limits, and ranchers argue that being able to remove depredating bears is critical to the region’s economic survival.

Foundation attorney Brian Gregg said some Upper Green Valley ranchers have reported losses of up to 14% in recent years from grizzlies and wolves, “and that could double or triple if you take away the ability kill problem bears.”

“The preliminary injunction wouldn’t prevent them from grazing, but it would prevent them from killing grizzly bears that attack their herds,” said Mr. Gregg. “They would be knowingly sending their cattle into certain death in some cases.”

As far as Mr. Molvar is concerned, that’s the cost of doing business on public property. The federal government owns nearly 56% of the land in Wyoming.

“If private ranches want to have private livestock on public lands, they should be prepared to coexist with endangered wildlife, including large predators,” Mr. Molvar said. “When there are conflicts, the state of Wyoming in particular just reaches for its gun as its first option, it seems, and wants to declare that the grizzly bears are the problem.”

The lawsuit also seeks to bar the Green River Drift riders from crossing habitat of the Kendall Warm Springs dace, an endangered fish, but Mr. Molvar said he was told that the route had been shifted to avoid that area.

Launched in 1896, the drive brings about 7,000 cattle from the sagebrush pastures of southwestern Wyoming north for summer grazing. The event was listed in 2013 on the National Registry of Historic Places as a “traditional cultural property,” a first for a ranching-related event.

The riders drive the cattle for about 4 to 6 miles a day and let them rest overnight on a journey that takes two to four weeks. The bears tend to stay away during the day and attack after nightfall, usually the young calves and yearlings.

“You very seldom see a kill. What you see is a dead critter that’s been attacked and killed. [Bears] do most of their killing at night,” said Mr. Price. “We’ll be rounding up the cattle, and here’s a calf killed and partially eaten. … It’s a pretty big mess.”

If a bear is suspected, the riders contact the Wyoming Game and Fish Department for confirmation. The government wildlife managers handle it from there. Although few bears are typically killed as a result of the drive, Mr. Molvar said, even one is too many.

“Every grizzly bear out there in a population this small is critical to the survival of that population,” he said. “We can’t afford to have federal agencies gunning down grizzly bears just because they might have happened to occasionally take a calf.”

Ranchers point out even a calf is expensive, about $750, and insist that nobody wants to eliminate random grizzlies. The focus is on repeat killers that develop a taste for cattle.

“Most of the bears that are killed are usually adult males, not always, but adult males that have just started out and they learned how to kill, and that’s their mode of living,” said Mr. Price. “And when you remove a depredating bear, why, it just stops right there.”

At least that used to be the case, before the grizzlies’ numbers ballooned. “Now that we’ve got quite a few bears up there, one bear teaches another bear,” he said. “It’s become more of a constant.”

A rancher who holds a Ph.D. in nuclear engineering, Mr. Price, who has participated in the Green River Drift for about 40 years, stressed that most bears don’t hunt cattle.

“One thing that people don’t really acknowledge: There are a lot more bears in there than depredating bears. Not all of them are killers,” he said. “In fact, most of them aren’t, or we’d be out of business.”

President Trump’s poor handling of the ongoing novel coronavirus pandemic and recent unrest caused by George Floyd’s killing is on course to cost him reelection, a likely rival of his in the White House race told The Washington Times. Howie Hawkins, the Green Party’s presumptive nominee in November’s presidential election, said he expects Mr. Trump’s… 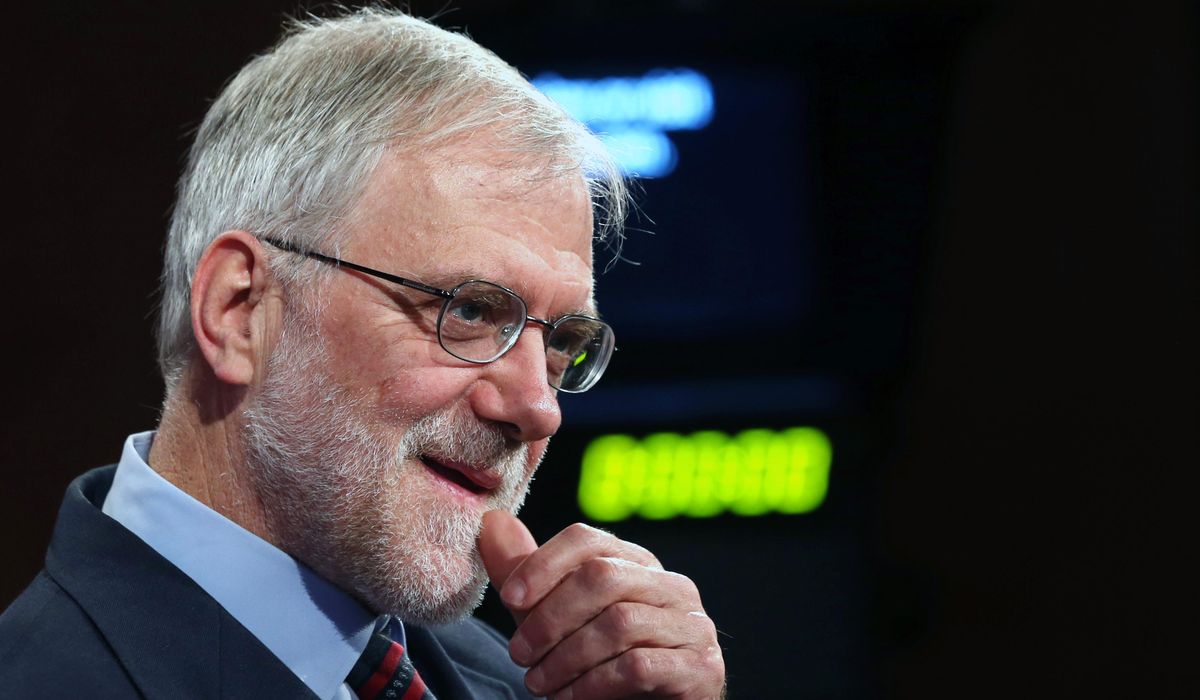 President Trump’s poor handling of the ongoing novel coronavirus pandemic and recent unrest caused by George Floyd’s killing is on course to cost him reelection, a likely rival of his in the White House race told The Washington Times.

Howie Hawkins, the Green Party’s presumptive nominee in November’s presidential election, said he expects Mr. Trump’s response to both crises are top among the reasons Americans will vote to stop him from securing a second term in office.

Mr. Hawkins, a longtime activist who co-founded the Green Party, acknowledged it will likely be Democratic challenger Joseph R. Biden if anybody who takes Mr. Trump’s place, however.

The longshot White House hopeful spoke to The Times by phone from Syracuse, New York, where he has done most of his campaigning since the country essentially shut down in March due to the worldwide outbreak of COVID-19, the contagious disease caused by the coronavirus. Speaking as nationwide protests erupted over Floyd’s racially charged killing in police custody, Mr. Hawkins predicted that outrage over the Trump administration’s “insensitive” response to the unrest it sparked play a big part in hurting the president at the polls.

“First of all, I think Trump is toast,” Mr. Hawkins told The Times. “Between the COVID crisis, his insensitive response to what’s going on now and the economic situation – I mean, if Biden can’t beat him then the Democrats can’t do anything,”

Mr. Hawkins, 67, also said that recent protests held across the country following Floyd’s killing are unlike practically any other he’s seen in his last half-century of activism.

“The only thing I’ve seen on this scale is anti-Vietnam war, particularly 1969 and 1970, and anti-Iraq war leading up to the invasion in 2003,” Mr. Hawkins told The Times, noting the only protests that he would compare to those held recently are demonstrations that happened after the National Guard fatally shot four students at Kent State in 1970.

“The other thing that’s different this time is it’s multi-racial,” he added. “The anti-Vietnam war movement was mostly white, the civil rights movement and the urban uprisings in the 60s were predominantly black, and this is multi-racial, which I think is a hopeful harbinger for our future.”

Mr. Hawkins, a Marine veteran who has unsuccessfully campaigned several times in the past for lower office, is currently leading the race for the Green Party’s presidential nomination ahead of its national convention taking place next month. Greens have fared poorly against Republicans and Democrats in recent White House elections, however, albeit not without making considerable noise in some election cycles.

Ralph Nader received 2.74% of the popular vote in 2000, including a considerable number in Florida that caused some to suggest he spoiled the race for failed Democratic nominee Al Gore that year; More recently, Jill Stein, the Green Party’s presidential candidate during the last White House contest in 2016, received around 1.4 million votes, or roughly 1.1% of total ballots cast that election.

Floyd, a black man, died May 25 after being restrained for nearly nine minutes by several members of the Minneapolis Police Department in Minnesota, sparking protests against systemic racism and police brutality to take place across the country in the days since. Mr. Trump has subsequently faced condemnations from critics over his administration’s response to outrage over Floyd’s killing, including notably his mobilization of the military on U.S. soil and threat to deploy troops against Americans in cities where riots have erupted amid that unrest.