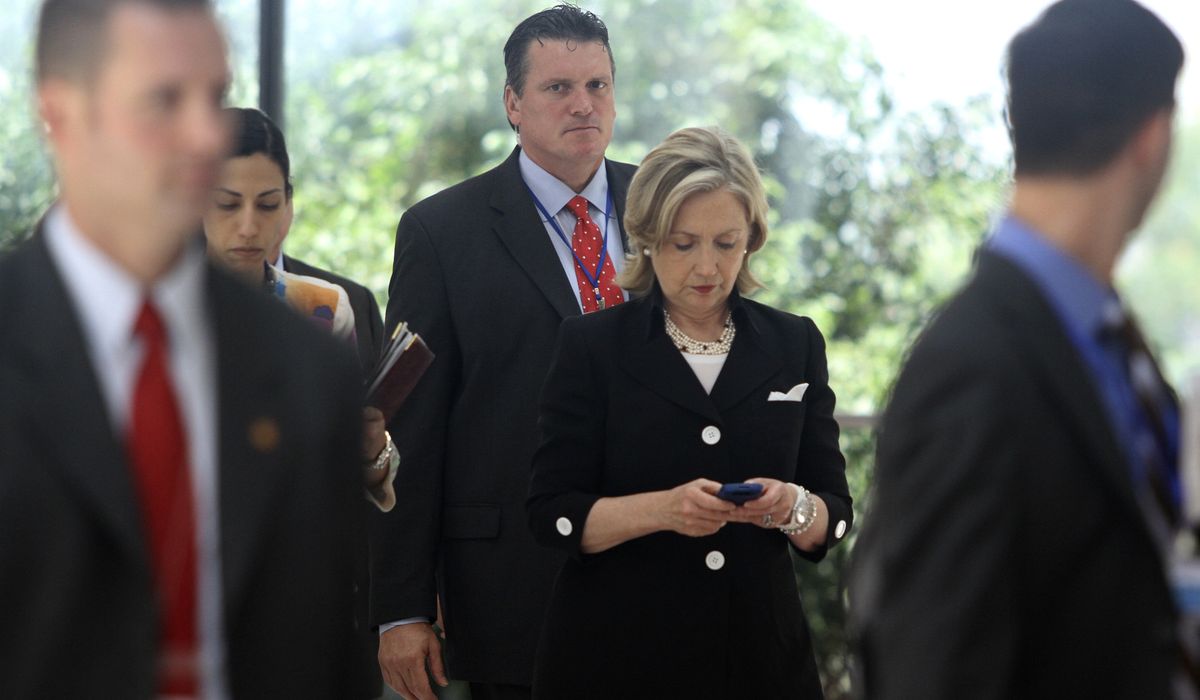 The CIA in 2016 asked the FBI to investigate whether the Clinton campaign had approved a plan to distract from Democratic presidential nominee Hillary Clinton’s email troubles by “stirring up a scandal” claiming Russian interference, according to new information declassified Tuesday.

The referral was based on information American intelligence gleaned from Russian intelligence alleging that Mrs. Clinton “had approved a campaign plan to stir up a scandal against U.S. Presidential candidate Donald Trump by tying him to Putin and the Russians’ hacking of the Democratic National Committee.”

The intelligence community did not take a position on the accuracy of the claims about Mrs. Clinton, but Mr. Ratcliffe said former CIA Director John Brennan briefed President Obama on the claims in late July 2016.

According to Mr. Brennan’s handwritten notes, Mr. Ratcliffe said, the former director talked about the “alleged approval by Hillary Clinton on July 26, 2016 of a proposal from one of her foreign policy advisors to vilify Donald Trump by stirring up a scandal claiming interference by Russian security services.”

Democrats’ presidential convention was taking place in Philadelphia, with the party riven by revelations from the hack of the DNC’s emails showing how much officials had put their thumb on the scale in favoring Mrs. Clinton over chief rival Sen. Bernard Sanders.

Mrs. Clinton was also still reeling from revelations that while State Department secretary she used a secret email account tied to a private server kept at her home in New York, exchanging classified information on the insecure server and shielding her activities from public disclosure.

The referral to Mr. Comey and Mr. Strzok was made Sept. 7, 2016, Mr. Ratcliffe said. The referral was regarding “U.S. Presidential candidate Hillary Clinton’s approval of a plan concerning U.S. Presidential candidate Donald Trump and Russian hackers hampering U.S. elections as a means of distracting the public from her use of a private mail server.”

Mr. Ratcliffe does not say in the letter what became of the referral.

He said he would provide a classified briefing with more information to lawmakers.

Mr. Comey is slated to testify to the Senate Judiciary Committee on Wednesday, and Chairman Lindsey Graham said the fired FBI chief will have to answer questions about the revelation.

“Whether these allegations are accurate is not the question. The question is did the FBI investigate the allegations against Clinton like they did Trump? If not, why not? If so, what was the scope of the investigation? If none, why was that?” Mr. Graham said.

He publicly released Mr. Ratcliffe’s letter, which outlines what the CIA believed in 2016.

American intelligence analysts have concluded that Russia did attempt to interfere in the 2016 election, sowing chaos but also with a particular focus on denigrating Mrs. Clinton.

Allegations of cooperation between Mr. Trump’s team and Russia, fed by the now-discredited Steele Dossier, would roil the new president, sparking his firing of Mr. Comey, which led to the nearly two-year special counsel’s investigation.

That investigation did not substantiate any Trump-Russia conspiracy.