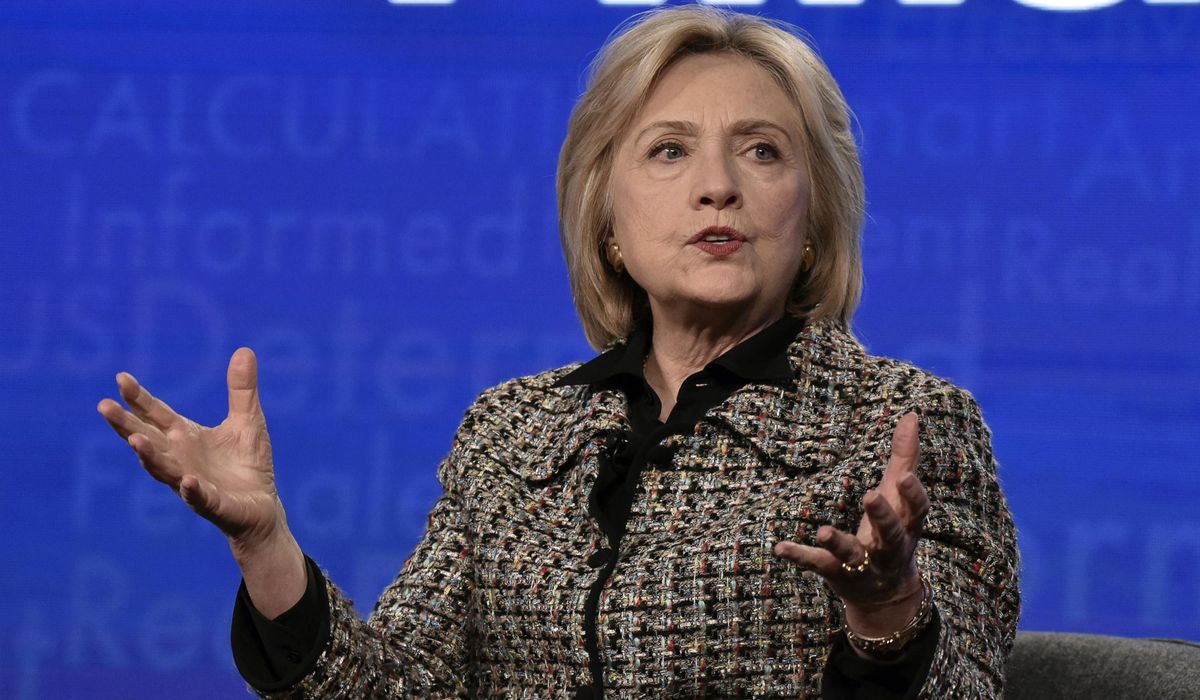 Hillary Clinton said Friday that President Trump’s response to the George Floyd-inspired protests in Minnesota is yet another reason for voters to give him the boot in the November election.

“The president of the United States is calling for violence against American citizens,” Mrs. Clinton tweeted. “That is so wrong. We need honest reckoning and reconciliation.”

“If you haven’t already joined the work to replace him in November, start now,” she said.

Ms. Clinton, who lost to Mr. Trump in the 2016 election, appeared to be alluding to Mr. Trump’s early-morning comments regarding the unrest in the wake of Floyd’s death.

Floyd, a black man, was killed Monday by a white officer who pinned him to the ground and put his knee on his neck area.

“These THUGS are dishonoring the memory of George Floyd, and I won’t let that happen,” he tweeted. “Just spoke to Governor Tim Walz and told him that the Military is with him all the way.”

“Any difficulty and we will assume control but, when the looting starts, the shooting starts,” he said. “Thank you!”