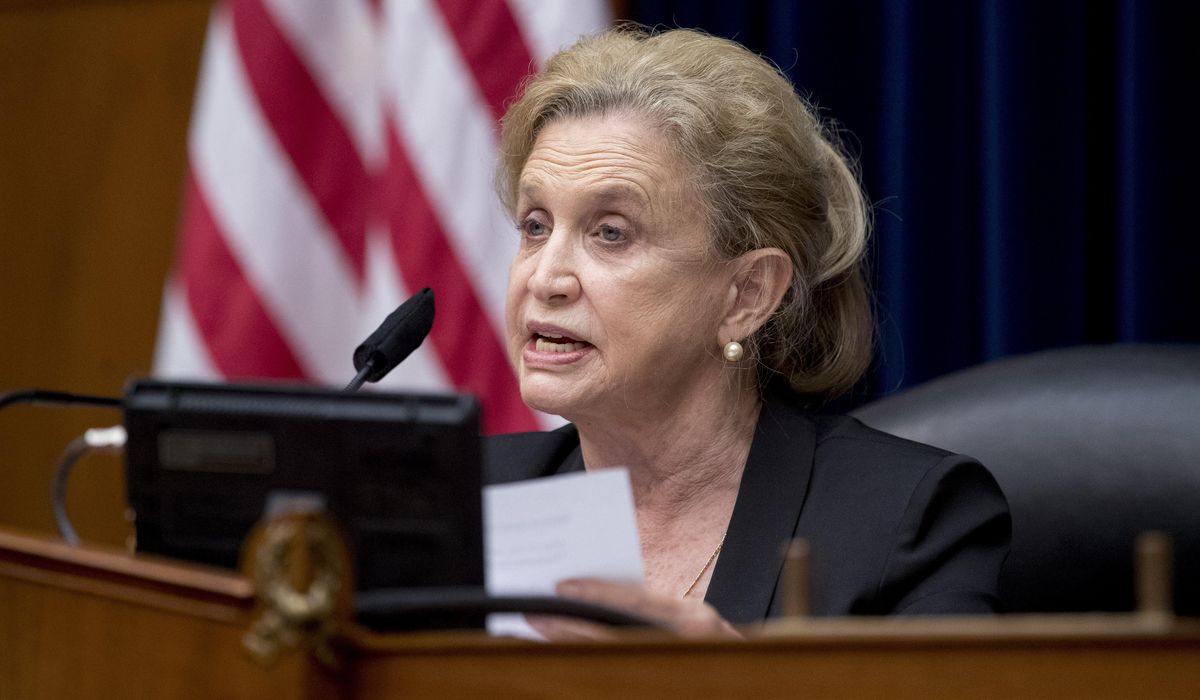 The New York Democrat released a handful of new data slides from the U.S. Postal Service ahead of the vote on her bill to curb in new policy changes to the agency, in an attempt to combat the claims from Republicans that the majority is pursuing a “conspiracy theory.”

The documents show a stark decline in USPS service evaluations starting in July in several categories.

Particularly, for first-class mail processing dropped from nearly 95% to now, around 85%. Additionally, the overall service for priority mail was above 90% in July and now less than 80%.

“After being confronted on Friday with first-hand reports of delays across the country, the Postmaster General finally acknowledged a ‘dip’ in service, but he has never publicly disclosed the full extent of the alarming nationwide delays caused by his actions and described in these new documents,” Ms. Maloney said in a statement.

“To those who still claim there are ‘no delays’ and that these reports are just ‘conspiracy theories,’ I hope this new data causes them to re-think their position and support our urgent legislation today,” she continued. “These new documents show that the delays are far worse than we were told.”

Republican leaders have been accusing the Democrats of pursuing a “conspiracy” and peddling false information to scare voters into not trusting President Trump and Postmaster Louis DeJoy ahead of the election.

They argue that the post office will have enough to remain financially solvent until August 2021 and emphasized Mr. DeJoy’s commitment to delivering election mail this year.

Mr. DeJoy testified in front of the Senate Homeland Security and Governmental Affairs Committee on Friday, where he acknowledged the policy changes at the USPS did cause a “dip” in their deliveries.

However, he said he did not change any policies regarding election mail and vowed to ensure the Postal Service fulfilled its duty in November.

“I want to assure this committee and the American public that the Postal Service is fully capable and committed to delivering the nation’s election mail securely,” he said, before endorsing mail-in ballots. The new policy changes reportedly included cuts to overtime pay and changes to mail routes and retiring of mail sorting machines which have lead to widespread claims of delays.

They argue that Mr. DeJoy is attempting to undercut the election.

In response to the backlash, Mr. DeJoy said earlier this week he was suspending the policy changes until after the election.