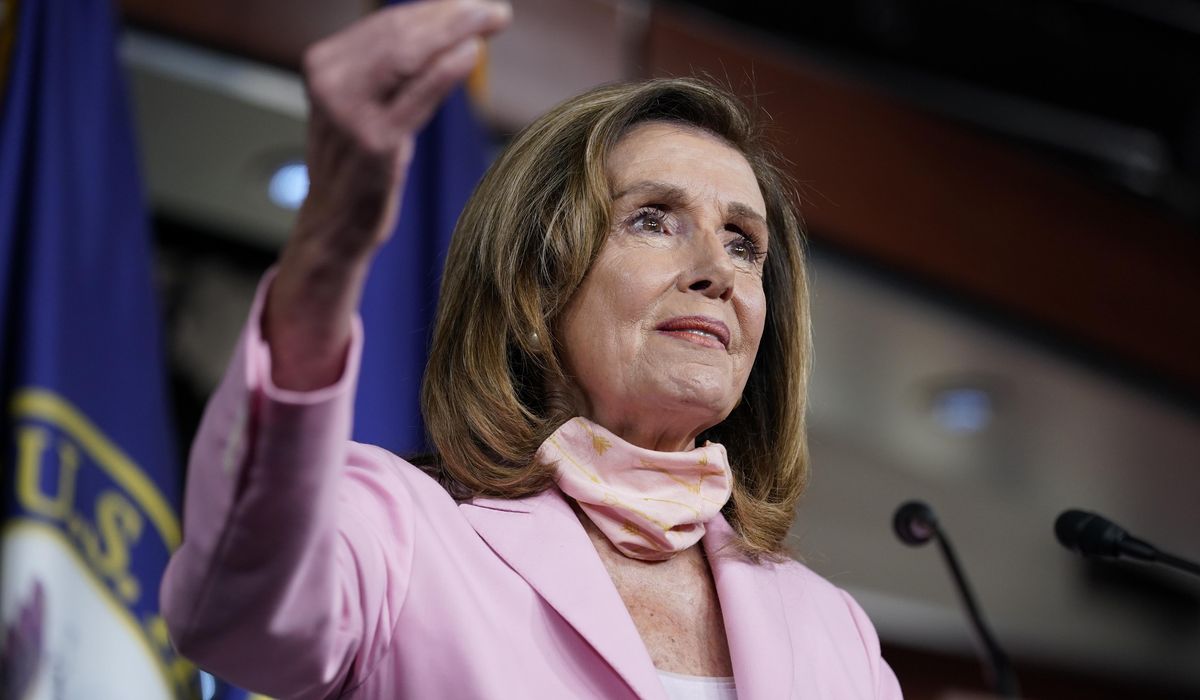 House Democrats passed their Postal Service bill late Saturday afternoon, despite Republican accusations that they were chasing a “conspiracy theory” about a crumbling agency.

The bill garnered support from 26 Republicans and passed on a 257-150 vote. The vote was held during a rare Saturday session that interrupted the House’s break.

Rep. Brian Fitzpatrick of New York, one of the Republicans that voted for the bill, said this was a long-standing issue that needed to overcome partisan divisions and be addressed.

The bill would infuse the Postal Service with $25 billion in additional funding — an amount suggested by the agency’s board of governors earlier this year — and reverse all new policy changes to revert the agency back to how it was functioning in January 2020.

Democratic leaders touted the bill as a vital step toward shoring up the USPS ahead of its critical role in the November elections. They argued the policy provisions would help prevent voter suppression.

“The new Postmaster General is using this lack of funding to justify sweeping and damaging changes to Postal Service operations, and we have seen the results,” House Oversight Committee Chairwoman Carolyn Maloney said on the House floor.

“It makes absolutely no sense to implement these dramatic changes in the middle of a pandemic, less than three months before the November elections,” the New York Democrat continued. “The American people do not want anyone messing with the Post Office. They certainly do not want it to be politicized. They just want their mail. They want their medicines. And they want their mail-in ballots delivered in a timely way.”

The legislation comes amidst widespread concern about new policy changes, including the collection of mailboxes, the decommissioning of mail sorting machines, changes to mail routes, and cuts to overtime — with many across the country reporting delivery delays.

While Democrats have heavily emphasized the impact the changes could have on the pandemic-era election, lawmakers on both sides of the aisle are also concerned about the effect it’s having on rural communities and those desperately needing medications.

Republican leadership argued Democrats were making a much bigger deal than necessary of the Postal Service’s struggles and spreading “mailbox myths.”

President Trump slammed the bill as a “money wasting hoax” and said Democrats were just trying to push through their own priorities for mail-in ballots.

“I urge everyone to be calm … the Postal Service is not incapacitated. It is still fully capable of delivering the mail,” House Minority Leader Kevin McCarthy said.

He argued that the USPS will be financially solvent through August 2021, that the agency was more than capable of delivering mail ballots at its current capacity, and that mailbox collection was not an abnormal policy.

At a Senate hearing on the policy changes, Postmaster General Louis DeJoy acknowledged there was a “dip” in services, but suggested they were only temporary bugs.

At one point, House Minority Whip Steve Scalise, Louisiana Republican, shouted, “This is not a real crisis!”

He highlighted his frustration by pointing out that more than 60 Democrats didn’t come into Capitol Hill, instead voting by proxy.

House Speaker Nancy Pelosi, California Democrat, refuted the GOP’s argument against additional funding for the Postal Service, arguing it was different than other businesses.

“When people say, ‘Well it doesn’t pay its own way’ — it’s not a business, it’s a service,” she said. “And while we always want to subject every federal dollar to the scrutiny of what we’re getting for it. Let us remember that it is a service.”

The bill also came under fire from Republicans who wanted to see Democrats address COVID relief rather than focus specifically on the Postal Service.

White House Chief of Staff Mark Meadows came up to Capitol Hill on Saturday, urging Speaker Pelosi to roll the Postal Service bill into a COVID-relief package with funds for the small business loan program and enhanced unemployment benefits — both of which expired earlier this month.

More than 100 rank-and-file Democrats have also requested that their leadership take up some sort of COVID relief bill.

Mrs. Pelosi said Mr. Meadows’ request was “deficient” because it didn’t address school funding or food security. She resisted narrow bills during the larger negotiations and defended deviating from that stance with the Postal Service bill.

“I’m not for splitting it up, except this is an emergency, and it has policy in it,” she said.

“This is more of a partisan bill than it is a real attempt at solving the problem, but hopefully its a start to something,” Mr. Meadows said of the Postal Service bill.

“What makes everything a political issue is the fact that we’re 70 plus days out from a November 3rd election,” he added.

Senate Republicans said they won’t be taking up the Postal Service bill unless additional COVID relief is attached.