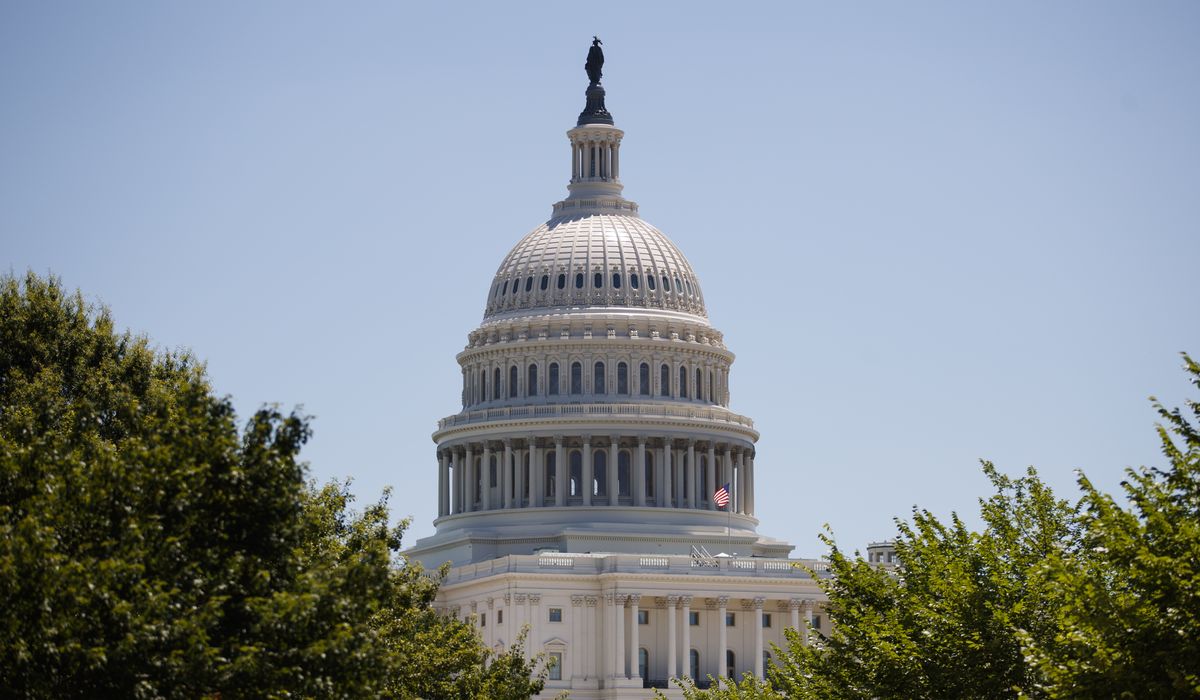 The House on Friday passed a six-bill, $1.3 trillion package that funds the vast majority of the federal government’s discretionary spending programs for fiscal 2021 and covers big-ticket areas such as defense, health and education.

The House voted 217-197 to pass the bill. Democrats suffered about a dozen defections, and no Republicans voted for the measure.

Democrats touted billions of additional dollars for medical research and emergency spending in the measure to try to support recovery efforts during the coronavirus pandemic.

The bill won’t make it through the GOP-controlled Senate, and the White House threatened a veto.

Despite the action on Friday, lawmakers are headed toward another stopgap bill to keep the government running past Sept. 30 and avert a potential shutdown a month before November’s election.

Senate appropriators haven’t advanced any of their 2021 spending bills through committee. The focus in the Senate in recent weeks has been on negotiations over another coronavirus relief package.

Earlier this week, leadership pulled the Democrats’ 2021 homeland security funding bill out of the package that passed Friday because of internal party divisions.

House Republicans said that the more than $200 billion in emergency spending in the bill that passed Friday amounted to an end-run around spending caps lawmakers had agreed to last year.

“Considering that the committee has had more than a hundred hearings and briefings to make important funding decisions, it’s disappointing that many of these provisions seem to have been dictated from the top,” said Rep. Tom Cole, Oklahoma Republican.

The largest portion of the bill is for defense; the measure includes $695 billion in new discretionary spending authority for the Pentagon in 2021.

Democrats attached language that would bar defense dollars from being used to fund Mr. Trump’s U.S.-Mexico border wall and would limit transfer authority, which the administration has leveraged in recent years to try to spend more on the wall than what Congress has authorized.

Democrats tried to sidestep the “defund the police” push from liberal activists in the debate over funding for the Department of Justice, which was allocated about $33.2 billion.

Still, much of a nearly $1 billion boost for DOJ would go toward overhauling police practices.The Trump administration objected to funding for the implementation of the House’s policing overhaul bill that passed in June in the wake of the killing of George Floyd, a Black man, at the hands of Minneapolis police.

The House also agreed to attach hundreds of amendments to the massive bill.One of those, from Rep. Jackie Speier, California Democrat, would block the Trump administration’s restrictions on transgender troops serving in the military.

Lawmakers did reject an amendment from Rep. Alexandria Ocasio-Cortez, New York Democrat, that would ban the military from using Twitch, a streaming video game platform, for recruiting efforts.

The action on Friday means the House has now passed 10 of the 12 individual appropriations bills for fiscal 2021.

The always tricky DHS bill was made more complicated this year by the administration’s recently deploying agents to cities like Portland to try to protect federal property.

Liberals were demanding a more aggressive pushback on DHS.

House leaders have also held off for now on bringing the legislative branch spending measure, the smallest of the 12 bills, to the floor.

It also continues a freeze on raises for members of Congress amid complaints from lawmakers about the cost of living in Washington, D.C.

Members of Congress make $174,000 per year, though that salary level hasn’t changed in more than a decade.