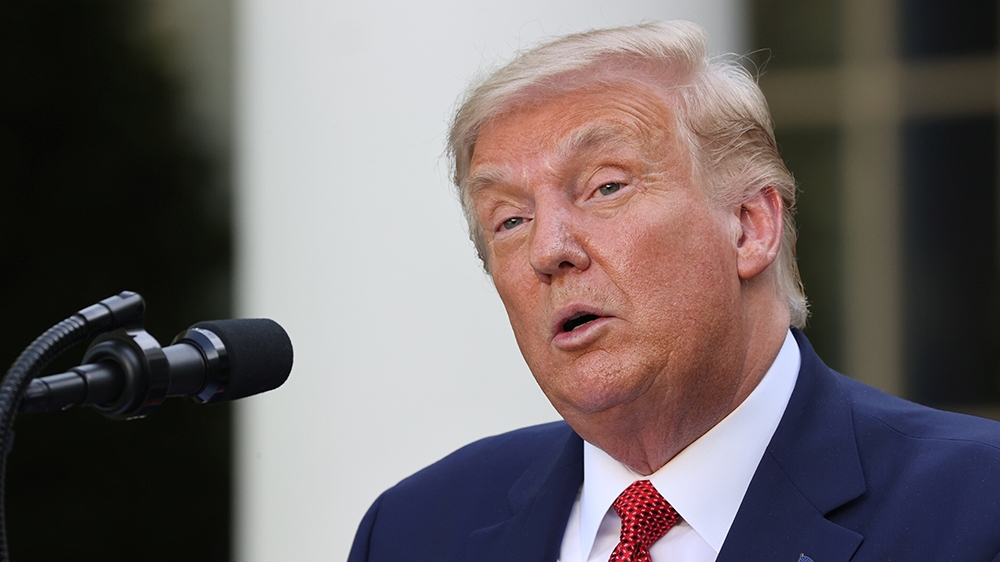 The United States House of Representatives is set to vote on Wednesday on legislation reversing President Donald Trump’s controversial order banning entry to immigrants from mostly Muslim-majority countries.
The bill, called the NO BAN Act, has broad support among Democratic legislators and is likely to pass the Democrat-controlled House despite opposition from Republicans and the White House.
“There are today millions of Americans who, because of the Muslim ban, are separated from families and loved ones: parents who can’t be reunited, families who can’t be reunited, grandparents who are missing out on life events,” said Farhana Khera, executive director of Muslim Advocates, a group supporting the bill.
The bill expands anti-discrimination provisions in US immigration law and would limit the ability of US presidents in the future to bar entry based on religion.
Specifically, the bill would terminate Trump’s executive orders imposing a ban on immigration from mostly Muslim-majority countries. The president’s initial ban targeted Iran, Libya, Somalia, Syria and Yemen, triggering criticism that it amounted to unlawful religious discrimination. Trump then expanded the ban to include Venezuela and North Korea, and later added Nigeria, Sudan, Myanmar and three other countries to the list.
In Wednesday’s debate, Democrats plan to share stories from dozens of their American constituents who have seen family members prevented from entering the US for arbitrary reasons under the ban.
The legislation, however, is unlikely to be embraced in the Republican-led Senate, which means prospects for its passage this year are dim. Instead, it appears the issue will be fought out in the US presidential election contest.

On Monday, Democratic presidential candidate Joe Biden, who is courting Muslim votes, told a Muslim political organisation that he would reverse the ban if elected president “on day one”.
Biden appeared by video at a two-day virtual conference hosted by Emgage Action and attended by 3,000 Muslim-American voters.
“Muslim communities are the first to feel Donald Trump’s assault on Black and brown communities in this country, with his vile Muslim ban. That fight was the opening barrage in what has been nearly four years of constant pressure and insults,” Biden told the group.
“If I have the honour of being president, I will end the Muslim ban on day one,” Biden said.
Wa’el Alzayat, CEO of Emgage Action, a Muslim-American civic engagement and political mobilisation organisation, said, “Biden’s vow to end the Muslim ban on the first day of his presidency is poignant.”
“It exemplifies his commitment to ending this form of institutionalised Islamophobia that has caused great pain to global Muslim communities,” Alzayat told Al Jazeera.

BackPage 1 of 2Next →
In this article:House, poised