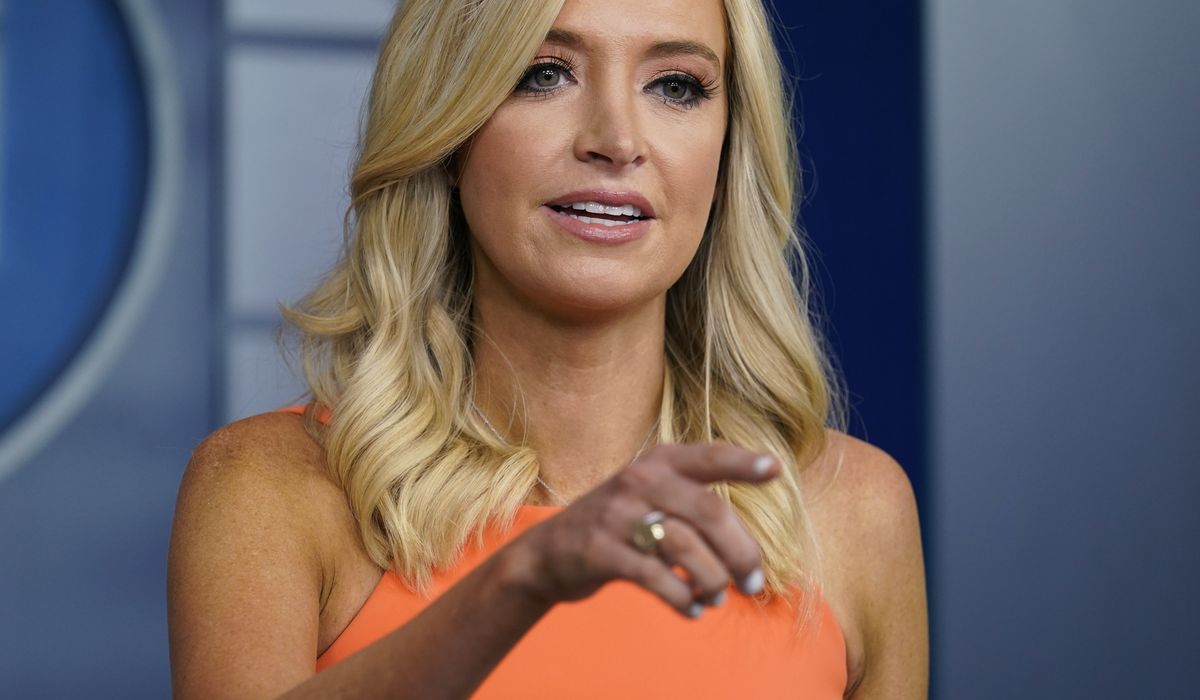 White House Kayleigh McEnany said the president and Vice President Mike Pence were not told about the allegation because it hasn’t been verified.

She said the matter ordinarily “would not be elevated to the president until it was verified.”

The New York Times reported on Friday that Mr. Trump had been briefed about the alleged bounties offered by Russia, a report that the White House refuted.

The White House is briefing selected lawmakers about the alleged bounty intelligence Monday.

Ms. McEnany used the issue to criticize The New York Times for its “failed” reporting about the Russia “hoax” over the past four years, and called on The Times and The Washington Post to “hand back their Pulitzers” awarded in 2018 for their coverage of the so-called Russia collusion story.

She said The New York Times “should step back and ask themselves why they’ve been so wrong, so often.”

The Times said in its correction that Manafort wanted the data sent to two Ukrainian oligarchs, Serhiy Lyovochkin and Rinat Akhmetov, not to Mr. Deripaska, who is close to the Kremlin.

And she said The New York Times “published a column in March of 2019 by a former Times executive editor that asserted the Trump campaign and Russia had an ‘overarching deal’ — the ‘quid’ of help in the campaign against Hillary [Clinton] for the ‘quo’ of a new pro-Russian foreign policy. That’s what we call the Russia hoax, which was investigated for three years with taxpayer dollars before ultimately giving an exoneration in the Mueller report.”

“It is inexcusable, the failed Russia reporting of The New York Times,” she said.