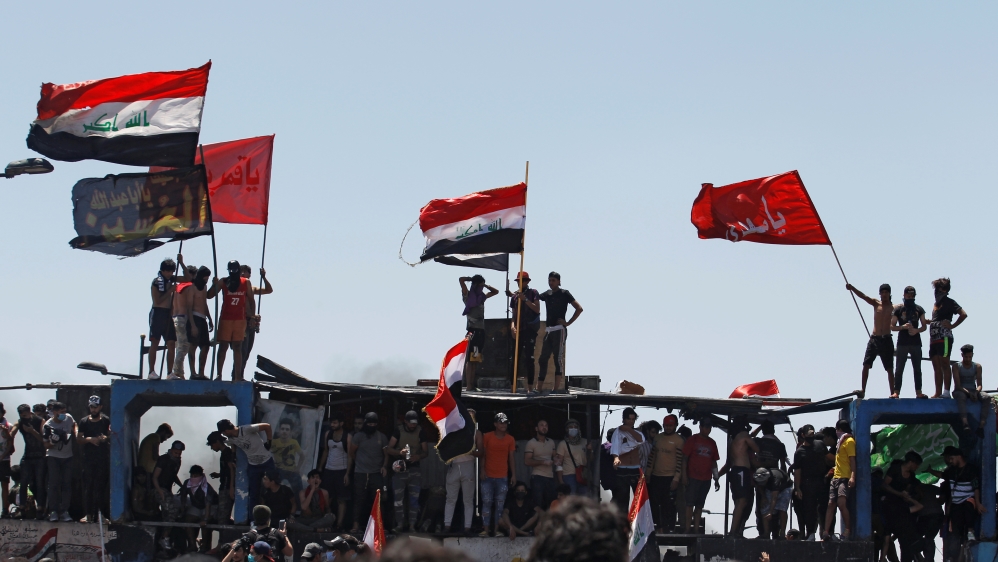 Dozens of Iraqi protesters disappeared during five months of anti-establishment demonstrations, with many being abducted and subject to ill-treatment and torture, a new United Nations report has said.
The report (PDF), published on Saturday by the United Nations Assistance Mission for Iraq (UNAMI), said all of those targeted had participated in protests or provided support to demonstrators demanding an overhaul of the country’s political system.
More:

Iraq, oil and the future of its youth

In its fourth special report on the demonstrations in Iraq, UNAMI based its findings on accounts of incidents that took place between October 1, 2019, and March 21, 2020, and was able to verify the disappearance of 123 people. Of these, it confirmed the whereabouts of 98 people but said 25 remained missing or were in an unknown status.
According to interviews, at least 28 individuals were abducted in circumstances indicating that the perpetrators may be “armed actors commonly referred to as ‘militia'”, the report said.
All abductees interviewed described being forced into vehicles by armed or masked men in the vicinity of protest sites, or on their regular daily routes, with none reporting appearing before a judge.
While all were interrogated by their abductors, males in particular reported being subject to some form of ill-treatment, including “severe beatings, electrocution, hosing/bathing in cold water, hanging from the ceiling by the arms and legs, death threats and threats to the family, as well as degrading treatment”.
Although the report did not name who might be behind the abductions, it pointed to “the involvement of armed actors with substantial levels of organisation and access to resources”.
‘Justice and accountability’
The report said the abductions and disappearances occurred amid various incidents involving additional violations and abuses targeting activists and protesters, including “deliberate killings, shooting and knife attacks, threats and intimidation, and excessive and unlawful use of force” at demonstration sites.

Since the protests erupted in October last year, when frustrated Iraqis took to the streets to decry rampant government corruption, unemployment and poor services, the UN has verified 490 deaths of activists and the injuries of 7,783 others.
Rights groups have accused security forces of using excessive force, including live fire and tear gas, against the demonstrators.
Iraq’s previous government repeatedly said it could not find the “unidentified gunmen” who fired on protesters.
But the country’s new Prime Minister, Mustafa al-Kadhimi, has promised to not hide the “the truth about everything that happened” during the months-long protests as well as to “hold to account all those who shed Iraqi blood”.
“The establishment of a high-level fact-finding committee by the new Government to investigate casualties and related harm is a crucial step toward justice and accountability,” said Jeanine Hennis-Plasschaert, special representative of the UN Secretary-General Antonio Guterres for Iraq.
“The government’s commitment to provide medical treatment for injured demonstrators and compensation to the families of victims is encouraging.”
Al-Kadhimi also pledged earlier this month that all anti-government protesters would be released from detention – but courts have not acted so far.
In recent weeks, protesters have begun gathering again despite the outbreak of the new coronavirus.
An implosion of oil prices during the pandemic has raised concerns that Iraq will have little option but to impose austerity policies that could give rise to renewed demonstrations.
Protesters say the political parties that are responsible for the failures of the past government are still controlling Parliament, meaning their demand for a complete system overhaul remains in place.
Continue Reading…